A new release of Expanding Fronts is on the horizon, introducing another new playable civilization, an overhaul to an existing civ, and a multitude of new Scenario Editor features and enhancements

IT'S THAT TIME AGAIN

Another year of work is winding down, and countless new improvements have been made to the Expanding Fronts project. As the Holidays, along with a new Star Wars film rapidly approach, we are ready to release the next major version of EF to the world. 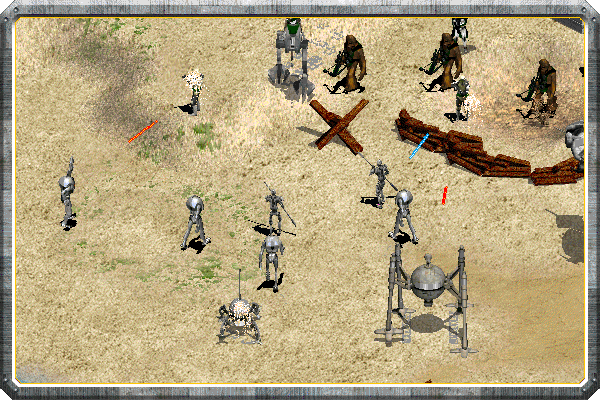 We've had several breakthroughs with the Genie engine, allowing us to heap even more previously-impossible elements into Galactic Battlegrounds. Chief among them: 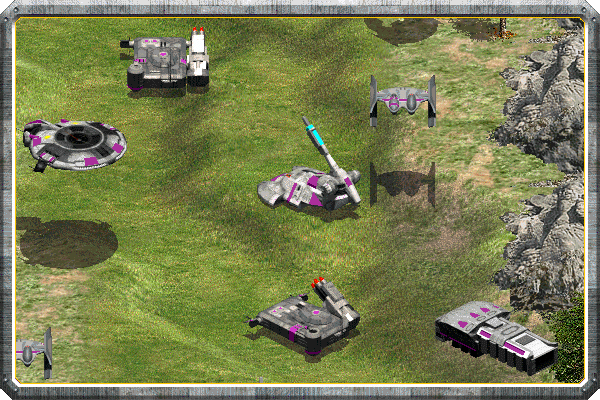 A long-requested change to Expanding Fronts has finally arrived. The Confederacy civilization no longer sports the rocky, insectoid architecture of the Geonosians, and have been given a new roster of mechs, aircraft, ships, and siege equipment. But, not wanting to waste the classic LucasArts assets, we have implemented the Geonosians as a separate, entirely new civilization, bringing the total civ roster to 10. 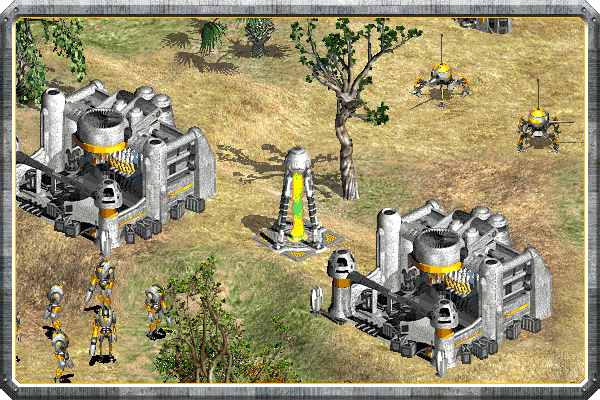 Since the civs have been split, the bonuses and unique elements of the Confederacy civ have also been overhauled adjusted to create a new playstyle, and match the lore more closely.

The Confederacy of Independent Systems is a collection of thousands of systems and corporate entities united by former Jedi Master Count Dooku against the rule of the Galactic Republic. Dooku, who had abandoned the Jedi Order around thirty-two years before the Battle of Yavin, returned from his self-imposed exile twenty-four years before the Battle of Yavin to begin organizing groups that opposed the Galactic Republic, which he viewed as corrupt and ineffective. After quickly gathering thousands of systems to his cause, Dooku began negotiating with various corporations, such as the Trade Federation, in the hopes of using their private armies to bolster the secessionists’ military might.

IG-100 Magnaguard - (Fortress) The IG-100 Magnaguard is a highly advanced battle droid. Serving at the behest of General Grievous, these deadly machines specialize in combating Jedi opponents. Magnaguards have exceptional armor, allowing them to take extensive punishment, but they move somewhat slowly in comparison to other infantry. 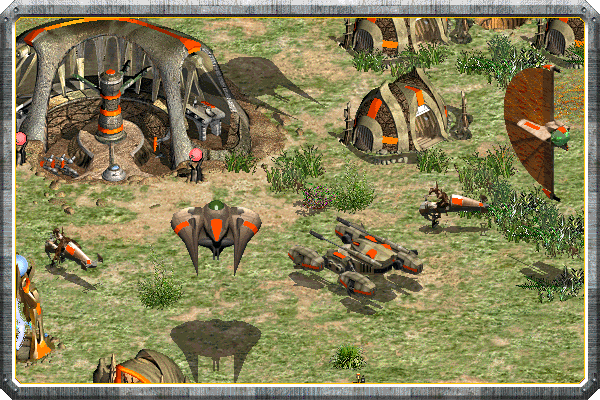 During the reign of Archduke Poggle the Lesser, Geonosis became a member of the Confederacy of Independent Systems. The Separatists used the Geonosians to manufacture their extensive Droid Armies. This eventually led to a large battle between the Galactic Republic and the Separatists on Geonosis, sparking the beginning of the Clone Wars. The Geonosians were responsible for secretly creating the plans for the Death Star. Following the Clone Wars, their homeworld was sterilized by the Galactic Empire, nearly exterminating the native Geonosian population.

Geonosian Warrior - (Fortress) Equipped with a sonic blaster, the elite Geonosian warrior is a devastating force when against enemy ground troops. They move quickly, and their airborne nature keeps them safe from most ground-based threats.

Geonosian Diligence - (Command Center) Increases Worker work rate by 10%, attack vs Troops and Buildings by +2, attack vs Turrets by +4

We are in the process of putting the final touches on all of these new improvements, and we hope to have a public version out by the end of December. Thanks again to all of our followers for your continued support. 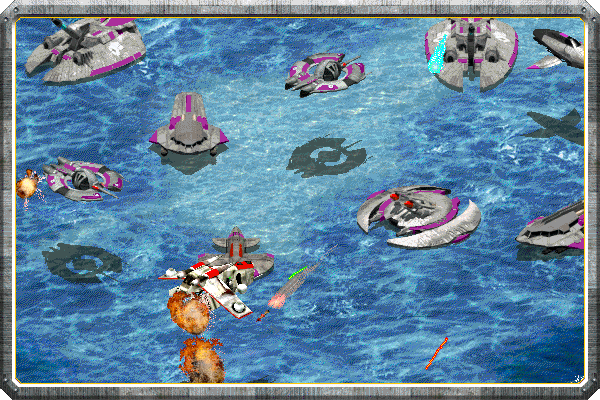 Despite all of the progress we've made, we are still severely short-staffed in one major role: 3D artists. Without skilled people that can model and animate characters, vehicles, and structures, we are unable to add the plethora of new infantry, animals, monsters, heroes, and even entire civilizations we have planned for Expanding Fronts. We need your help to make all of this possible. If you, or anybody you know has the skills, and is interested in helping the project, please let us know by contacting the project head Gen_Rhys_Dallows. Alternatively, you can post a message in our project thread at SWGB.HeavenGames.com

Glad to see you guys still working hard on the mod. Keep it up. :)

Take your guys' time with it, we love your mod and it's quality!

Will these faction changes affect the official campaigns?

Your work is exсellent, imho that's no modification, it is a new rts)

I don't know if this was fixed, but in the battle of Hoth, in the rebel campaign,AT-AT shouldn't have researched the tech that allows them to attack air units.

This mission was developed in the original game, and the tech added in the expansion, so with the researched tech tree of the mission, they gain this attack that makes the mission very difficult.

I'm very aware of this, but we are unable to modify the stock campaign missions.

There is actually a way to modify the stock campaign missions; that is through a program available on the Aokh blacksmith known as "Campaign Editor", it allows you to decompile .cpx files. I have already done it with a few SWGB campaigns with the mod to put in Expanding Fronts units and objects.

Any work on the Zann faction?

Zann faction will have new art for some troopers and they will get a different worker.

Hm... add geonosians and gungans new trait: capture animals. Workers can catch an any animals and breeding (build) them in a nursery)

What do the new cargo freighters do?

Freighters are airborne variants of the Cargo Hovercraft.

They currently will use the same B1 troop roster as the Trade Federation, until we can find 3D artists to help create and animate proper Geonosian troops.

Most units in Battlegrounds have four main animation sequences: Standing, Walking, Attacking, and Dying. Special units like Jedi and Workers have additional sequences such as using force powers or gathering resources. These animations typically range from 8-16 frames each.

It varies by unit, most infantry are around 30x50.

Nicely done, Can't wait for this. Can I ask tho...

Nice. And please fix the crash after one hour or so... When will the patch be released?

Wow just amazing. What other factions are you planning on in the future? I was gonna say you could add the Mandalorians or the Black Sun but that would be redundant because the Zann Consortium already uses most of the same units. Although you could maybe get away with the Mandalorians. What would really be a surprise is if you guys added the Yuuzhan Vong. They are the only other civilization from around the same time period that I can think of. Unless you guys wanted to make some Kotor factions like the ancient Sith Empire? Maybe the Hutt cartel? They have some unique ships and vehicles.

I was wondering when this mod is going to come out