Post news RSS The Road to Edain 4.6: Defend the Shire 2

A single player version of Defend the Shire will be included in Edain 4.6.

Ever since it was introduced in 4.01, Defend the Shire has been one of the most popular Mission maps for Edain. And while it originally was always meant to be a competitive multiplayer map, a lot of you played it in singleplayer and were asking for a different version of the map that could be beaten in the singleplayer. So long story short, Edain 4.6 will feature a single player version of the map. 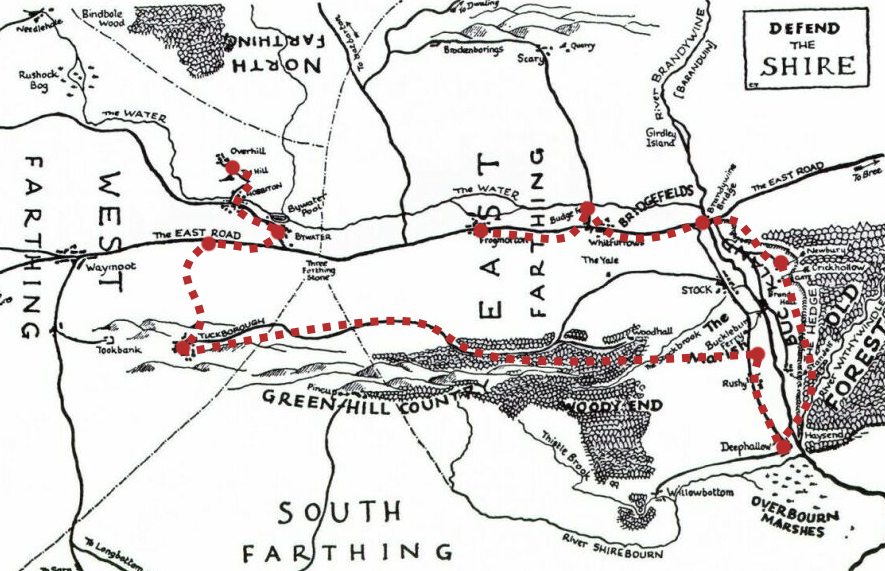 Fight battles all over the Shire

The general mechanics of the new map will be quite close to the old one. The player has to build units which will fight against enemy waves and will respawn after the battle phase.
The key difference is that you won't fight a single battle, but will fight on multiple battlefields. At each new battlefield your units and money will be reset, but you will keep your builders. This way, you can choose your strategy and unit composition depending on the battlefield.

The player has to defend 10 different locations from Frogmorton to the Bag End. Each battlefield looks different and has different enemy waves that will arrive. 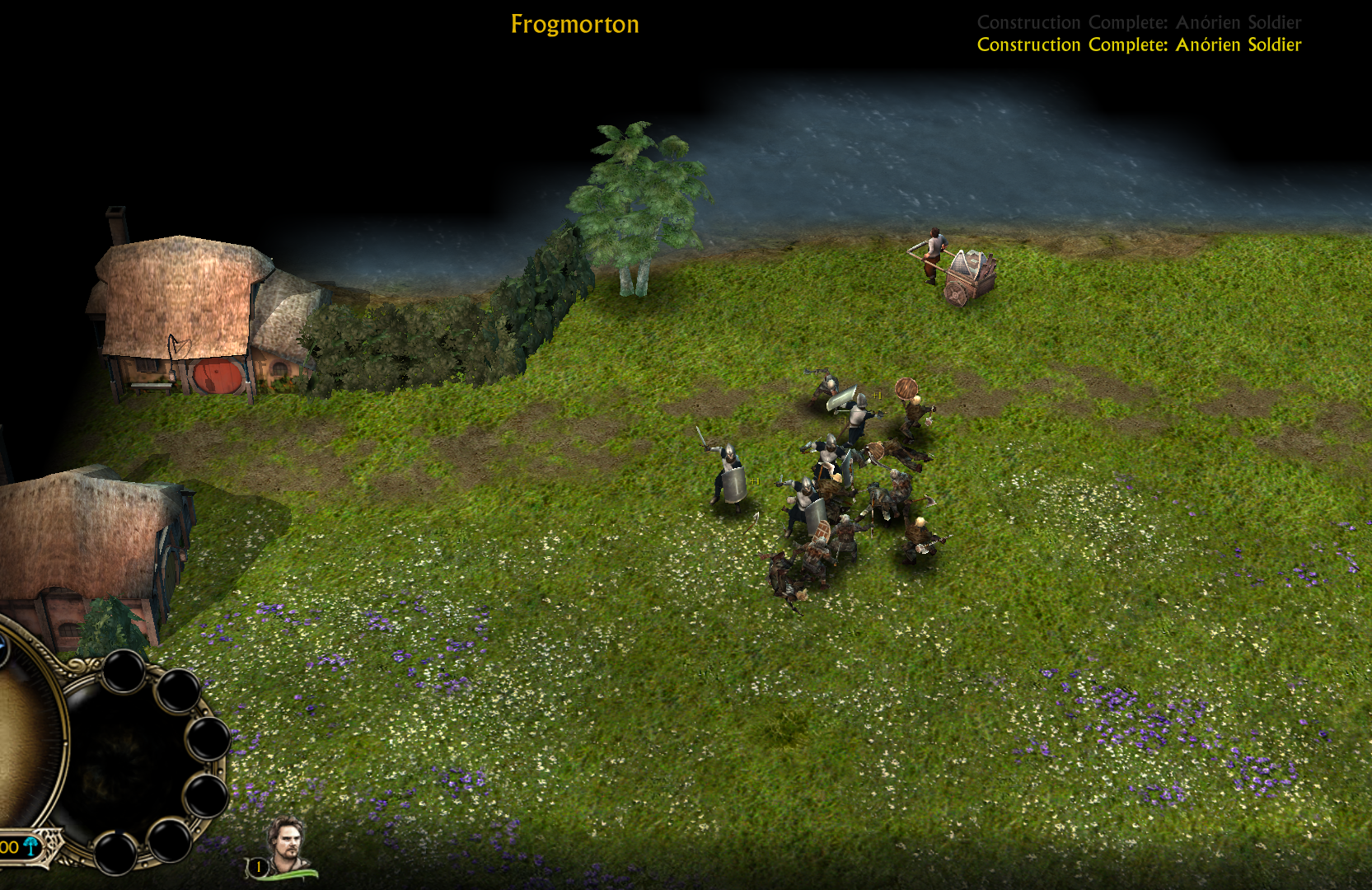 The first battle is at Frogmorton.

The first two battlefields are relatively easy and should help players that never played the map to get accustomed to it.

At the Brandywine Bridge, the player meets the first more challenging opponents: An incoming army of Minas Morgul.

At Newbury in Buckland, the player has to withstand a stampede of Trolls.

At Farmer Maggot's fields, the player gets caught in an ambush and has to fight off enemies arriving from all sides.

Tuckborough and the Great Smials can easily be defended by archers - as long as the enemy can be stopped before getting too close.

At the Battle of Bywater, the enemy can be ambushed thanks to the narrow road leading into Bywater.

The final battle is the Siege of Bag End, where Sauron himself leads his armies. This battle is quite different from all others, for a couple of reasons. First of all, once Sauron is killed, the game is won, or if all defenders are killed and Sauron reached Bag End, the game will be lost. Secondly, this battle consists only of a single battlephase, throughout which the player can continue to build units, while Sauron will command an ongoing onslaught of new hordes of orcs. And finally, all the enemies that the player couldn't defeat in the previous battles will sooner or later join this battle, making it even harder.

The other major change compared to the multiplayer version of Defend the Shire is that you can acquire more builders during the game.

After finishing certain battles, the player gains a spellpoint, which can be exchanged for an additional builder. 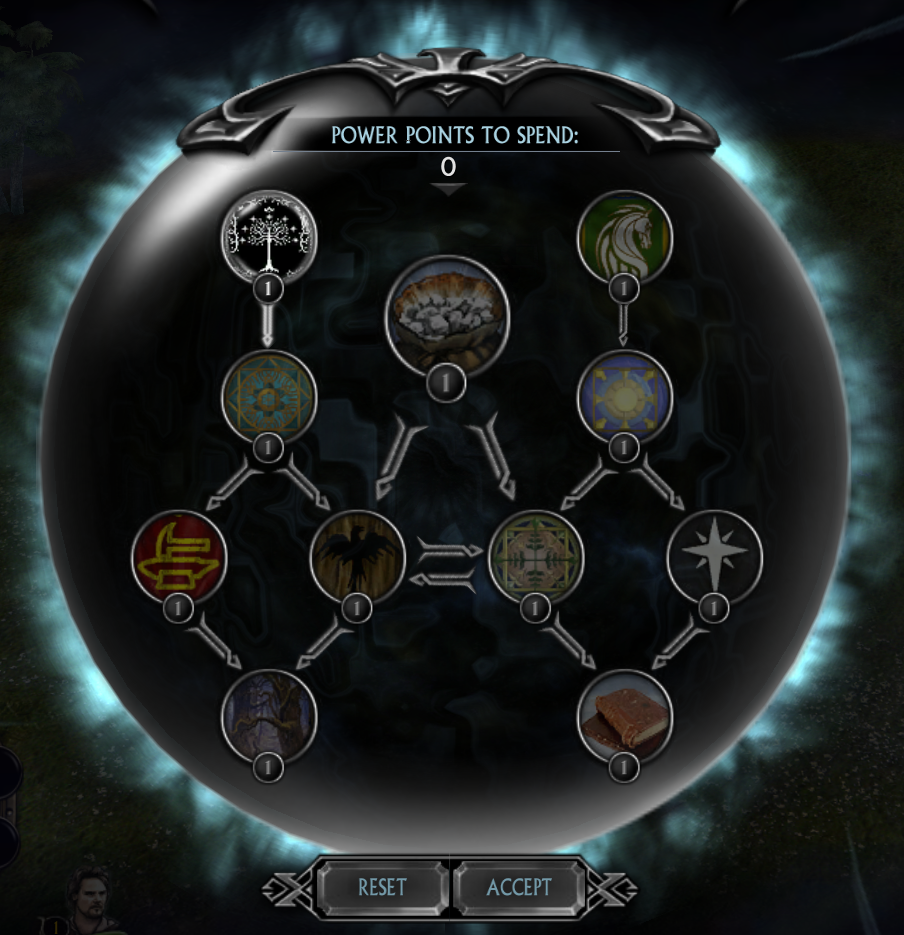 Previously, every builder had to be versatile enough to best any type of incoming enemies. Because players can now have multiple builders, this is no longer the case. This means that some of the subfactions that were currently included in the same builder were separated into two builders, increasing the variety of them all. Now the player has to decide himself which builders and build options he wants to combine.

Souls and the Soul Generation have been completely removed from the new map, because those were only designed as a cometitive feature and therefore made no longer sense in single player.

The overall difficulty of the first levels has been decreased, to make the start of the game easier for newer players. More experienced players on the other hand can skip the first two battlefields altogether and start directly at the more challenging ones.

With the much greater variety of available options, the duration of the build phases has been greatly increased. An option to skip the rest of the build phase has been added as well to allow players to take exactly as much time to build as they need.

Nice, my brother will love this news.