The latest update of Fairy Tale introduces a lot of new stuff. The new Civ "The Empire" makes its debut in the mod and will henceforth be an important player!

The Empire is a new Civilization which has now been added to the mod. The Empire is really a combination of the three so called Free Nations, The Principality, the Nordic nation as well as the Elven Federation, and as such the Empire plays with some of the best units and unique buildings of all those three major Fairy Tale nations. As such, the Empire is a bit unbalanced, but will be used in special scenarios where great alliances of enemy nations are threatening the Known World and the Empire stands as Civilization's last and proper defender. It will make for an excellent game, being overrun by masses of aggressive nations, defending freedom with the best units the Free World can muster!

As of Version 5a of Fairy Tale, you can try the new Empire out with all the units and buildings in a specific scenario where you are pitted against some of the mod's most terrible opponents.

There are other significant, interesting and plain fun updates too. Five new Zero-Project background songs have been added, due to the music's popularity. Also, there has been added more female units by SaibotLieh; Skirmishers, prophets and also a Matriarch for the Crystallin nation. There are two rather significant new features too. The first is the inclusion of Guilds in the game. The Guilds will allow the player to expand and specialise in the economic area. The second feature was included mainly for fun and has some future promise. The Mad Scientist's Workshop is where the player can create units and machinery of the more absurd type. 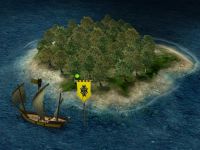