Work has started on the newest mission of Warsaw, as well as many improvements to overall game play.

This week in The Red Front, focus has been on the improvements noted from last weeks public game test.

Work has also started on the second-last mission of Warsaw, the stage has some basic prototyping to get the layout, the feel and the scope of the map nailed down before the art is finalized. 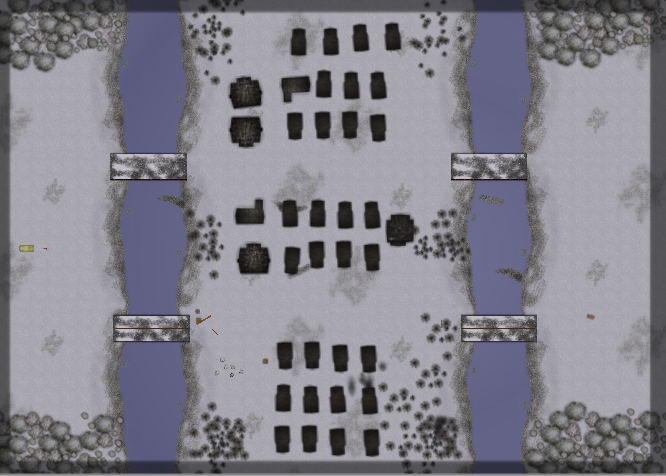 Warsaw is unique in that there is both an invasion on the centre island from the eastern and the western sides. The Germans will be defending Warsaw from the encroaching Red Army. This map is where you will start to see heavy fire and the most technologically advanced Nazi units. Air raids upon the soviets will be frequent and the bridge choke-points will see a lot of action.

Additional work has also been added to the ground textures used throughout The Red Front. For an example, Moscow now has far more detail on the ground to avoid the textures from looking too much like a flash-style game. 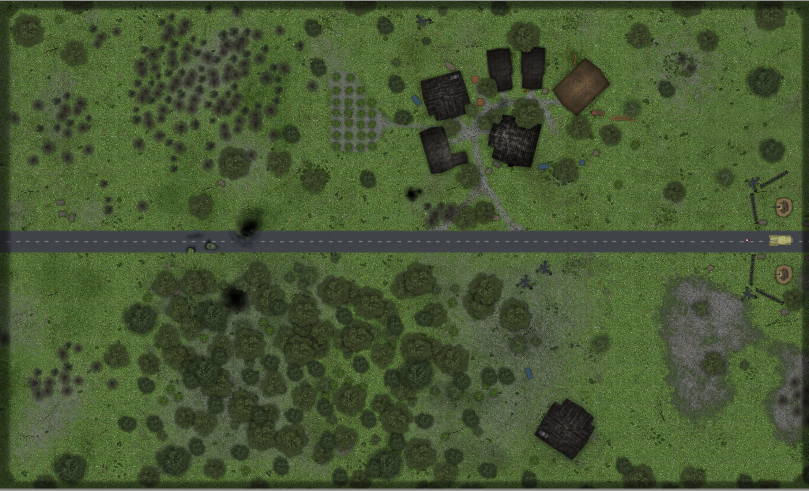 The UI has also had the size increased, as shown below – the target dummies have had targets added to re-iterate they are to be destroyed. A new objective pointer has been added to the player tank to help shift the player towards the right direction. 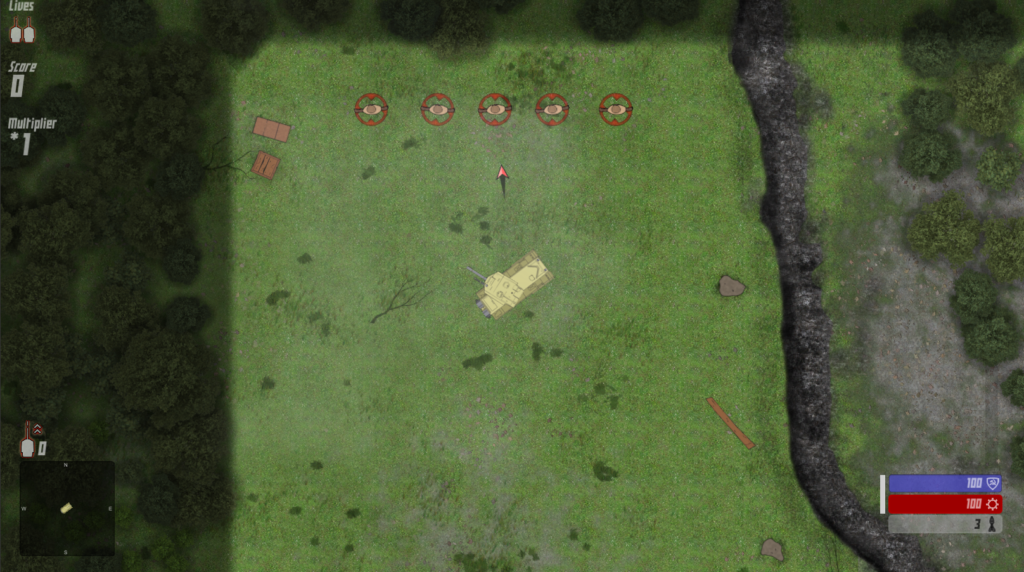 This arrow has been added across any objective based missions (Bunker, Leningrad, Mozhaysk) 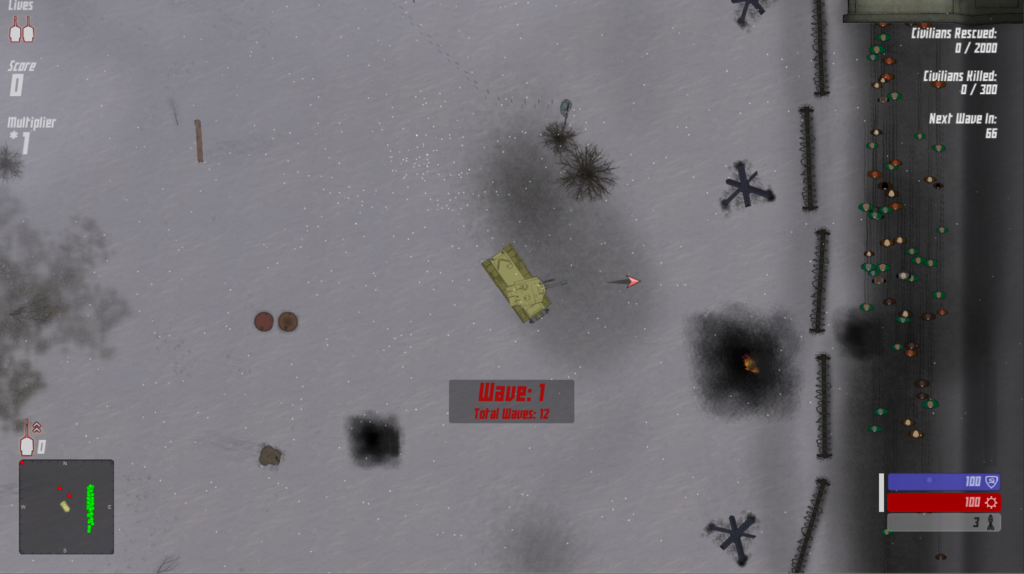 We found during testing of the levels that Kalach had some issues with the enemy path finding. When enemies spawned on the right-hand side of the map they would just sit still until the player drove close enough to get bombarded by 500 enemy bullets within two seconds.
This was caused by the A* pathfinding mesh not having enough nodes to span the entire width of the map, this has now also been fixed. You can see an overview of the area’s that AI units are allowed to walk below: 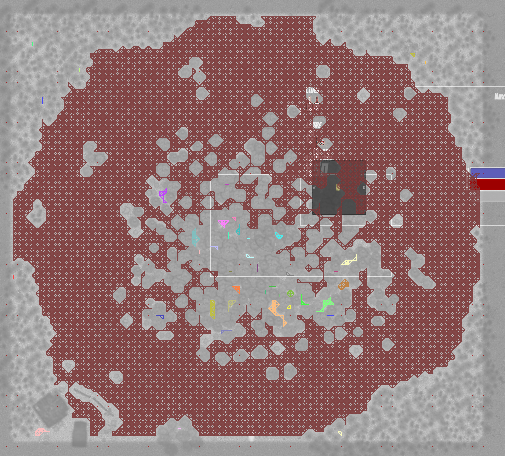 Anywhere outside of the Red/Pink is an area the AI cannot create a path and cannot walk to. The grid is re-calculated when the player drives through a tree or removes a blocking collision object.

The main menu has had the same detail improvements made for the ground to keep it consistent with the rest of the games art. 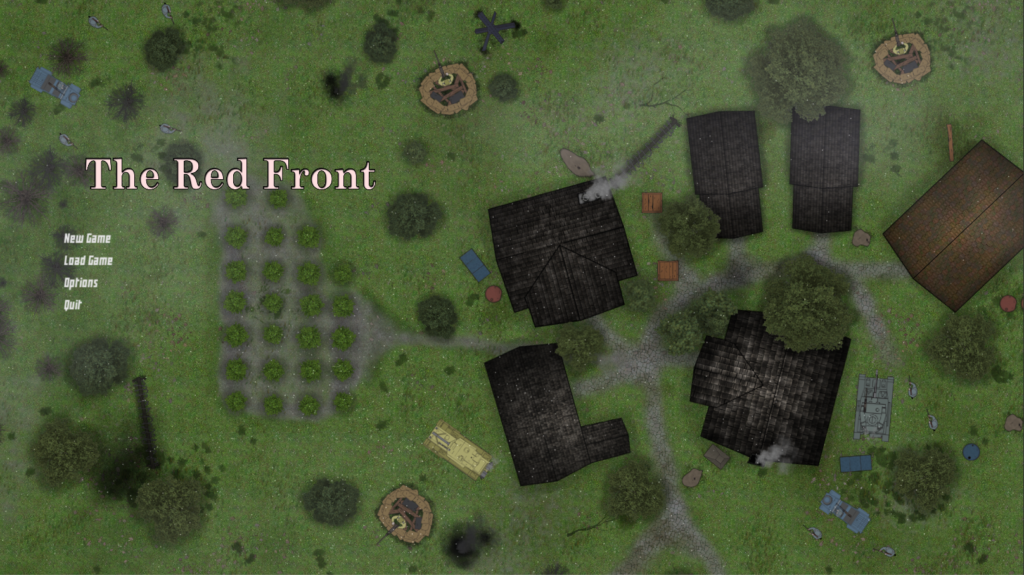 To summarise this weeks changes, the following additions were created:

You can see these changes in action in the view below:

Check out our website or blog here on indiedb for more news and media on The Red Front.