This new media release features several in-games screens of a few units and a couple structures.


As modding has resumed on The Red Alert since the release of the RA3 Mod SDK, we're proud to release a new batch if in-game screen shots. These new images feature three Allied vehicles and two Soviet vehicles in-game and fully functional. It also shows The Allied War Factory and Allied Pillbox. Check out these screens right here! 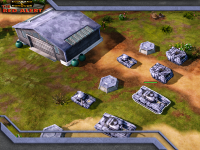 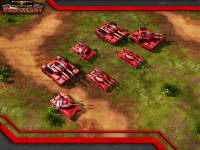 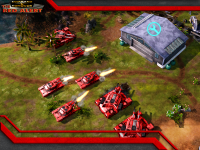 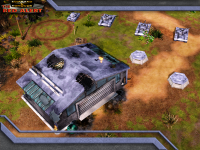 There are a few more in the "Images" section of the ModDB profile, as well as an early WIP image of the various house colors that will be in the mod, in case you missed it. Further updates on The Red Alert will be on a monthly basis (I hope). So I'll see you next month when we'll have more pretty pictures to show off!

Jaw droppingly close to the original
And unbelievably fitting for the original, now if only someone did an RA2 mod >.<

Someone is. Look up CnC: Condition Red for Red Alert 3.

Looks as great as the original, although the RA3 style of graphics does not fit RA1's style, In my opinion.

I hope this won't be multiplayer only ;(

Ahhh, this is exactly what I want. RA3 is too cartoony.

Words cannot describe the sheer awesomeness of these screenshots.

However, if I can make a suggestion, could you give the medium tank a bigger cannon (or make the cannons of all tanks black)? Because I can barely see it and RA3's overbright lighting doesn't help... ;D

Interesting take on the art. Most people base remakes on the cameos, not the sprites.

Something about that War Factories lighting amuses me.

Excellent! This is the whole reason i bought Red Alert 3, after playing it at a friends i found it deeply disappointing. But i decided the possible mods for it would be worth buying it. I see this now and i can't wait! Great work, also; i'd be willing to help if you're looking for team members!

Wow. That actually looks like a 3D version of Red Alert, as opposed to something that was just mildly influenced by Red Alert. (Don't look at me. >.>)