This is more of a mini-release than a true media release as I don't have much to show this time around. The focus of this release is all about submarines. All two of them. So enjoy the pretty pictures and hopefully next time there will be more to show. 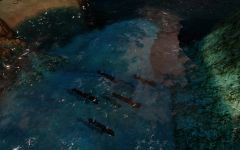 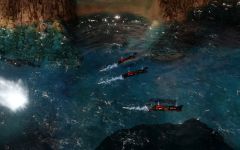 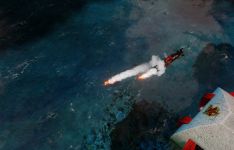 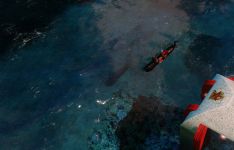 With that out of the way. You'd probably like to know what the mod team has been up to. As stated in our last update, the focus of CnC Labs is mostly on CnC: The Forgotten at the moment, and I expect you'll quite enjoy the next update when it comes out. But fear not, this mod ain't dead yet and won't be any time soon. In fact, we will most assuredly release both this mod and The Forgotten eventually; we don't let our mods die, here.

On a somewhat related note, for any aspiring RA3 modders out there, as well as modders who wish to see how the collapse models for this mod are made, I have made a tutorial for Red Alert 3 on how to create collapse models, complete with a MaxScript I wrote myself to make the process go much quicker. You can find the tutorial here, at the CnC Labs website. The tutorial uses the Missile Sub, featured in this update, as the subject. There are also three exclusive screen shots there of the poor Missile Sub blown to pieces.

That's all for now. I can't make any promises when the next update will be, but I do expect you'll see some more sea-going vessels in it.... C'ya'll next time!

Hn, guess it will be great having two great mods for two different games released at the same time.

Cool, but I feel this mod is more worth it in my oppinion, I just feel the Forgotten looks to be unfinishable.

This Message is to Tsumetai
Hey, I didn't say that... you know what,I just heard that and this is a difference.Some guys HERE were talking about this.I love RA1 and I'm a big fan of your mod, it's amazing.I got a question about it. What about Chitzkoi and Volkov? Will you guys put them into the game?