The fifth media release from The Red Alert, A mod that aims to recreate the look and feel of the original Red Alert in Red Alert 3.

The bases are taking form....


The Red Alert mod presents the fifth media release. As usual, I don't have much to say, pictures are better than words anyway. At this point, nearly all the structures are more-or-less complete. The only one that isn't is the Ore Refinery as we're still working out exactly how we're going to handle it, as well as ore nodes, and indeed working out what's even possible. As soon as we get that squared away, we may start hiring for a map maker to remake the classic Red Alert skirmish maps, and perhaps even invent a few new ones (though, mapmakers, please don't contact us until we put out an official job posting).

Anyways, focus has shifted to vehicles, starting with land vehicles. For those who are wondering, infantry will come last as we would like to give EA time to release more infantry-based assets to assist in the infantry making process. Of course, I know what you really want to see, but Mod DB doesn't allow those kind of pictures, so you'll have to settle for some screen shots instead: 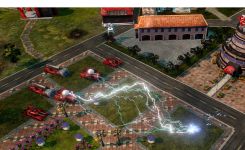 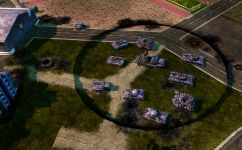 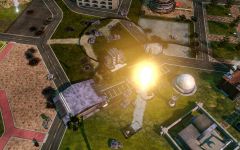 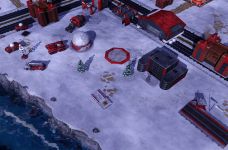 I never get tired of that electric glow.... As usual, these are but a few of the pictures, there are eight more in the Images section of the profile. I swear, one of these days we'll get some video footage.... until then, see you next month!

this is the best mod currently beeing developed it's gonna be awesome !

ARGG THE SUSPENCE IS KILLING ME! D:

It was just a joke. Think about it... "Mod DB doesn't allow those kind of pictures" wink wink, nudge nudge...

Nude Tanya pics?
Or were you thinking nude Volcov pics?

Hmm... I wonder how long his cybernetic **** is, I wonder if he can press a button and it extends out.

You release this, and I'll shell out money to buy RA3 just to play The original, the only, the true.. THE Red Alert!