The fourth media release for The Red Alert. Screen shots inside....

Things are shaping up!


Finally, the fourth media release for The Red Alert, a mod that aims to recreate the original Red Alert for Red Alert 3. As you can see, the focus this month was mostly on structures. As of now, over half the structures for both the Allies and the Soviets are fully coded and in-game. But! No point in taking my word for it, check out these screen shots: 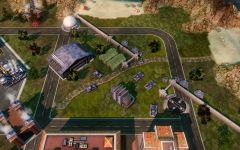 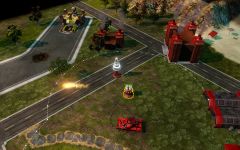 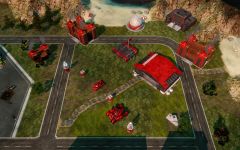 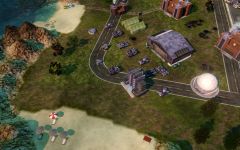 And there are more in the "Images" section of the The Red Alert profile here on Mod DB. I apologize for the lack of action in the screen shots, but it appears it's not possible to mod the AI without breaking the game. This is especially bad news for those who were hoping for a recreation of the single player campaign. We can only hope this issue will be resolved in the future. In the mean time, enjoy the update. Hopefully, the next release will have a video!

See you next month.
Comments

nice keep it up

I love the models and the mod is just looking amazing, keep up the good work guys!

eeppp :P yeh as he said

Wow, this is nice...
The models look so clean.

Very nice job guys, nice damage states you have :)
I'm just not a big fan of the vehicle textures IMO they are not up to par with the structures.

Awesome! I really like these oldschool style buildings and vehicles. Keep up your good work!

Ah the good memories i hope you all the best with this.
All you models look superb.

you guys sure are busy... RELEASE! :D

It's a wonderful job you are trying to do here guys. Keep it up!