When modelling a character for mobile a lot has to be taken into consideration, professor Helix was designed as a relatively simple character model, to conserve the amount of polygons and to keep with the cartoon style of Creature Battle Lab.

When modelling a character for mobile a lot has to be taken into consideration, professor Helix was designed as a relatively simple character model, to conserve the amount of polygons and to keep with the cartoon style of Creature Battle Lab. Professor Helix was created by blocking out the main components (head/torso/trousers/shoes/gloves) and putting them into the right proportions in a “T” pose. This gave me I great border to work with and keep a good idea of proportions in comparison to each model, so when the professor is put together he wont have size issues.

The individual components are then placed against 2d plains, with illustrations on the plains of Professor Helix. The images are there to guide me while modelling him, and gives me the places where detail should be focused in the 3d modelling stage for the body and cloths. 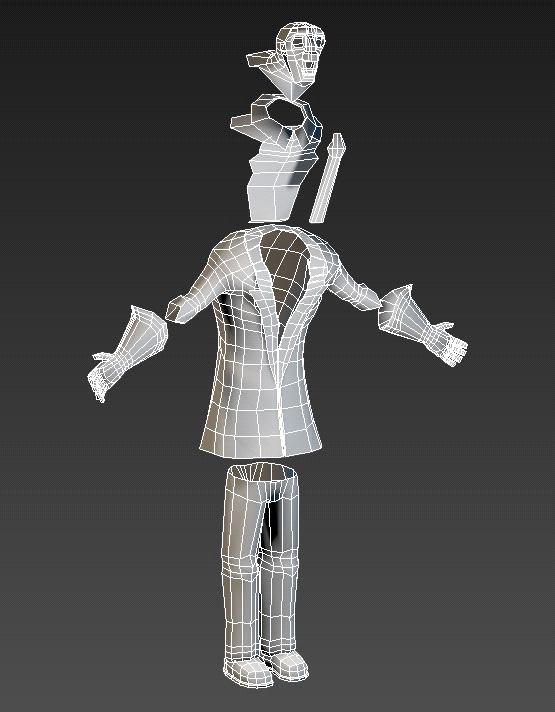 Here is a breakdown of the head and all the ocular contraptions he has. 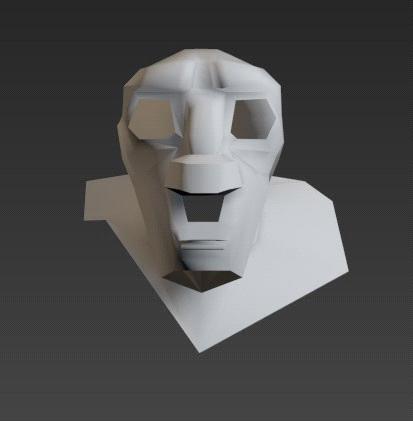 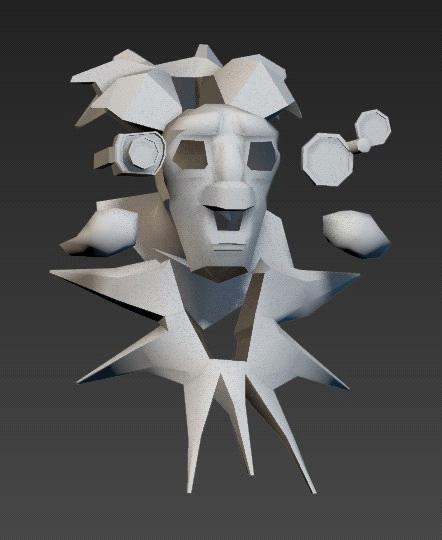 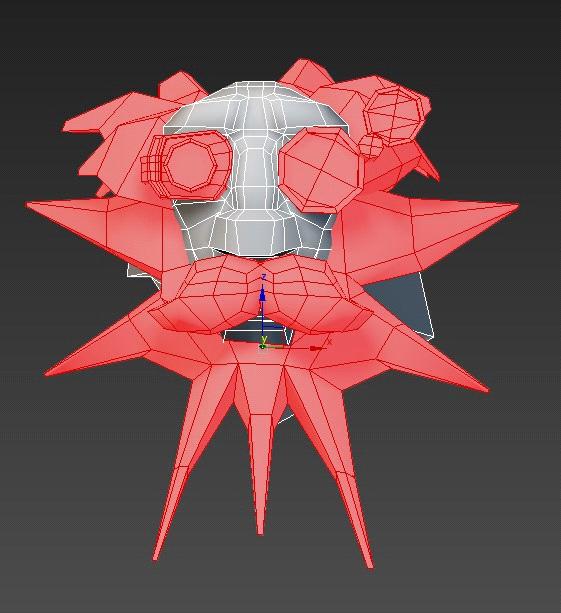 While modelling the face to conserve on Polygons, you can see I have modelled the face and left the eyes and ears out. These will never be seen by the player as they are covered with either hair, beard or ocular devices. There for while designing Professor Helix, I made the decision that it would be a good way to lessen the Polys, as this is a mobile game. The hair is built using boxes to shape the clumps of hair and the strands will be defined by the texture applied to the faces of the model. 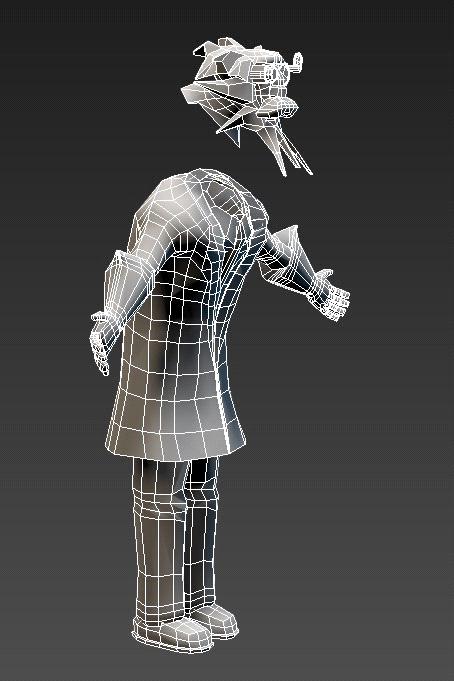 Once the head was built it was just a case of joining all the pieces together and making sure they fit with small adjustments, so we don’t see any holes or corners peeking through or any faces that would look unnatural. once positioned I’m now able to edit the UV’s of the model, this is taking the surface of the model and flattening the UV out onto a 2D plane, so that it can be coloured within photoshop ( a photo editing program that allows one to paint and distort as they please). Green lines are the edges of the model and separations to prevent stretching and make the flattening possible, where as white lines are small bends in the model, giving shape and curve to the model. 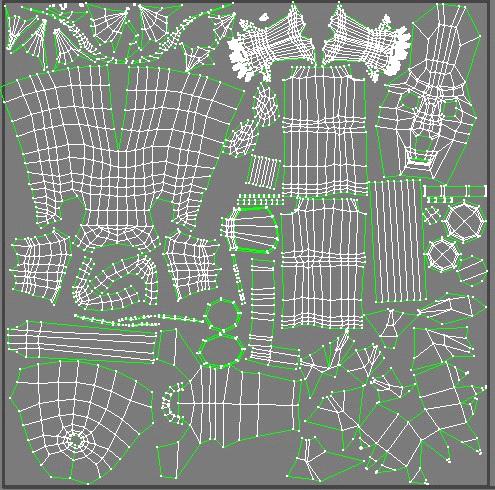 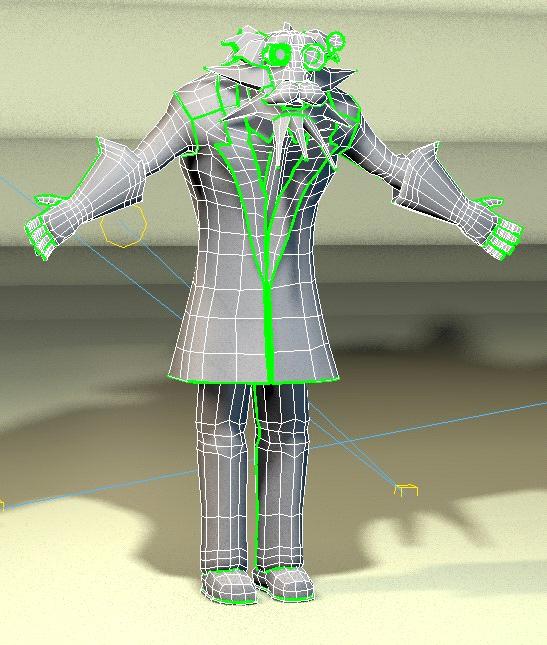 Here I was able to hand paint the full model, the style was a cartoon simple flat colour so the process was to block out all the main colours and materials and then add mild detail to edges and solid shading in the grooves and indents of clothing as well as wrinkles in the skin. Lighting will take care of any major shading in the game engine by applying a 2d image over the 3d model called an ambient occlusion.

Professor Helix is now coloured as seen below. 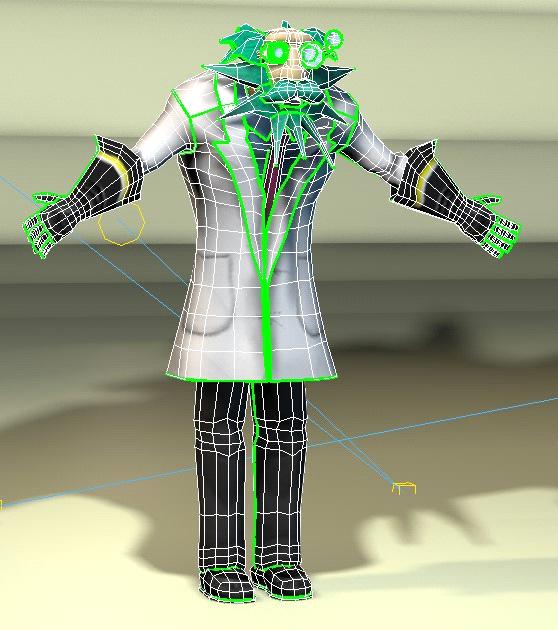 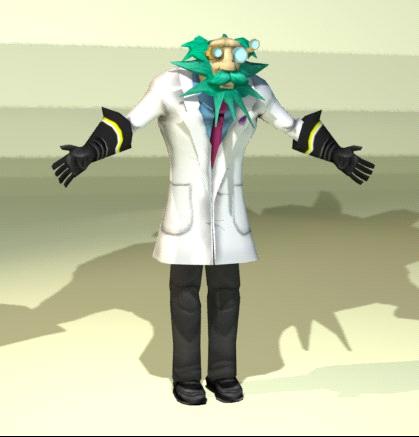