I have re-wrote the Pre-story for the game, this is the final version of the pre-story, I put a good amount of time and thinking into it, I hope you all enjoy it.

We have started up an IndieGoGo page, so if you would like to check that out you can head to
Indiegogo.com

The Pre-Story Remade and Remastered.

Early is the Night: It is the year 2023 and the world's resources have dwindled to a very low state, wars were happening all over the world, killing for small amounts of metals, and valuables.

The world leaders decided that they need to start a world peace, and instead look for other ways to provide, the ever needy population with power and food, There first idea was solar, most rejected the idea, as it would not bring in a revenue.

After a full year of arguing and debating the leading countries all agreed to disagree and install solar powered settlements all around there countries.

All seemed to be back to normal, except that is how it always seems, no one really knows an attack will happen, and how something so small can make a tremendous movement.

Hackers took over solar grids in Moldova, which they used as there base of operations, Europe was unable to assist recovery of the grids, neither did other world leaders, with military almost unable to keep there own civilizations under control it seemed, as tho the hackers would soon take over more and more.

3 months past since the Terrorist hacker attack on Moldova, world resources have dwindled all the way down that in some places people were pillaging major cities for its metals.

A humanitarian scientist(UNDISCLOSED NAME) started a prototype resource that he called the rebirth of humanity, the new resource was called Nano Plastick, dubbed Nano-Plas for short, it was a very high quality plastic, proved to be stronger than titanium, While plastic was frowned upon by most of the world, most countries denied to fund in its production, However the United States granted mass funding and production that would be based in the U.S.

Within Nano-Plas's second day of production the material produced a dark black smog that filled the skys. within 18 hours the sun was blotted out in each area of production.

Government stopped production, and locked down the area, and placed the scientist under military hold, the scientist explained how the fog would expire and that is was nothing to be worried about, that all he needed was production of a filtration system.

Once again greedy America agreed to give a green light to Nano-Plas production.

The hacker situation has become even worse, when they found out about Nano-Plas production, Rebel hackers all around the world joined in, and helped to come up with an idea to overthrow the US Government and stop Nano-Plas production, they named the Attack "Pirate Protection" It was there time to protect all of the people scared to stand up and protect themselves.

US Solar grids went offline, the lights went out in the entire United States of America for the first time in mankind, Hackers and Rebels stood up and fought to secure Nano-Plas labs all around the United States, but the U.S army was to prepared, instead of fighting to get the lights back on, they built generators for the Production of Nano-Plas, so that they could export and profit.

After continued assault's on Nano-Plas Labs and Production sites the US Government declared War against it's own people, They then abandoned the labs and production sites, and moved to an undisclosed location to continue production outside of the United States.

The US Government abandoned its own soil, and left the people of the now Old America to fend for themselves.

The humanitarian scientist's(UNDISCLOSED NAME) plan had worked all as he promised to another country. His false allegiance to the US had worked, and now the United States land was Weak and un-fortified, open to attacks.

The story of the player starts 3 Years after the attacks began, most of the fighting was other countries fighting each other on Old America land, in attempts to secure it.

The player starts out in a bank vault, his origin is unknown, he took cover in the vault when the attacks started, and has ran out of rations, his only option is to leave the vault and try to get back to the surface. But all that he once thought was there is now covered by mother nature, decay, and death.

Before he went underground he heard of effects that were happening to people, making them act very strange. He took cover before the main effects from the smog starting effecting human life. Nothing else is known about how the outside world is.

That is the finished version of the pre-story, now with that out of the way, we have some more images of the vault and outer room to show you all. 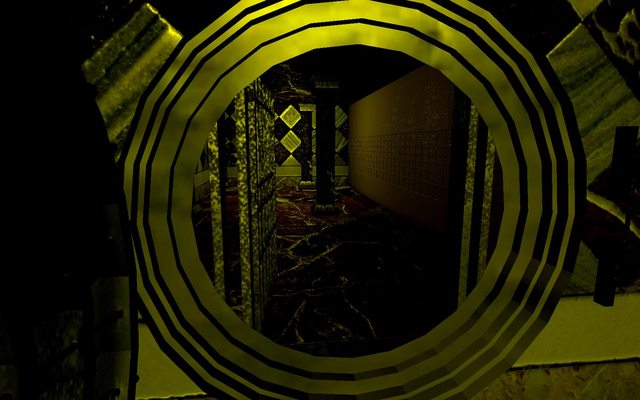 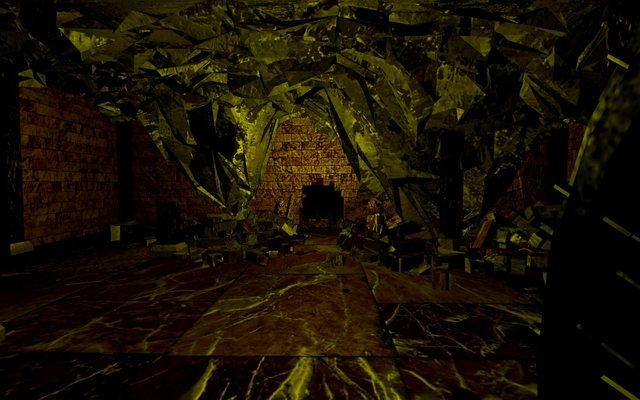 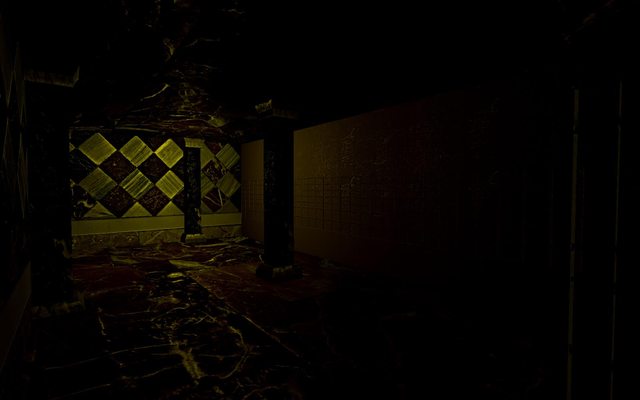 That is it for today guys! I hope you all are having a wonderful Christmas. And a amazing new year as we are coming into 2015, a new year full of even more amazing things.