Powerups have come to Duck n' Dodge! We have 5 power ups that will change the game in different ways. 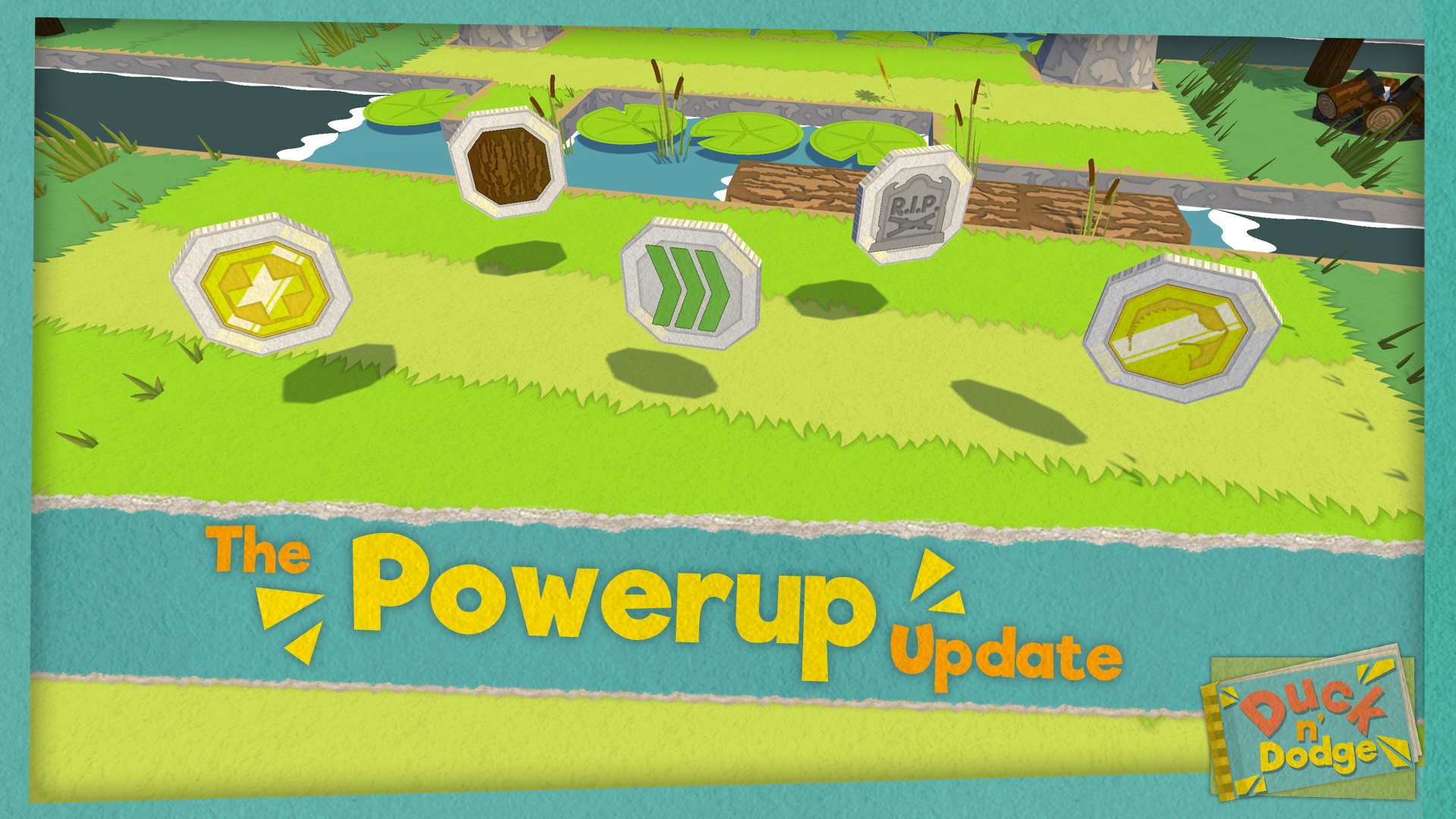 Changes:
- Added powerups to the game
- Powerups are bought and then spawn in the level you're playing on
- Reformatted the unlock screen for both skins and powerups
- Added a few more pre-made levels
- Changed and added labels into the Level Designer so it's not as confusing
- Added icons to the level designer biomes
- Moved the test level button outside of the level designer menu

Fixes:
- Fixed a problem where too many trees would spawn on woodland zone maps
- Made the cursor only hide when playing the game, not on menus
- Fixed an issue in level creation where enemies and logs would not properly follow paths
- Changed the victory tape color because it was white and was hidden when playing a snow level
- A few preformance issues
- Sometimes a generated level would be bare bones and not contain much
- Other various little fixes to get powerups working