Hello all, As a follow up if you haven't read the previous devlog, its here: Indiedb.com

To give you a brief overview if you dont wanna read it. THE PIT is a 3rd Person action roguelike with vibrant visuals, meaty hits, challenging bosses and high impact fast-paced action.

Mainly this devlog will be going over CHARACTERS, current implementation status and some key design principals.

So, So far there are currently 6 characters in development, with some few other ideas but these are locked in as "I will make these" However movesets aren't fully locked in yet. So i'll be going over a little about each character, moveset GOALS, and current status. Also visuals aren't fully complete on characters, and I myself am not a character artist so I dont actually have good concept art to show off :(.

Regardless I think the descriptions and goals will be enough to pique your interest! I think you'll find the main goal is creating fun passives that really fit the character's descriptions, and the crafting movesets around the passives so that players can skillfully use the characters abilities to do insane damage. Every character should have the ability to lay out a lot of damage when played to their max potential, with some harder than others. 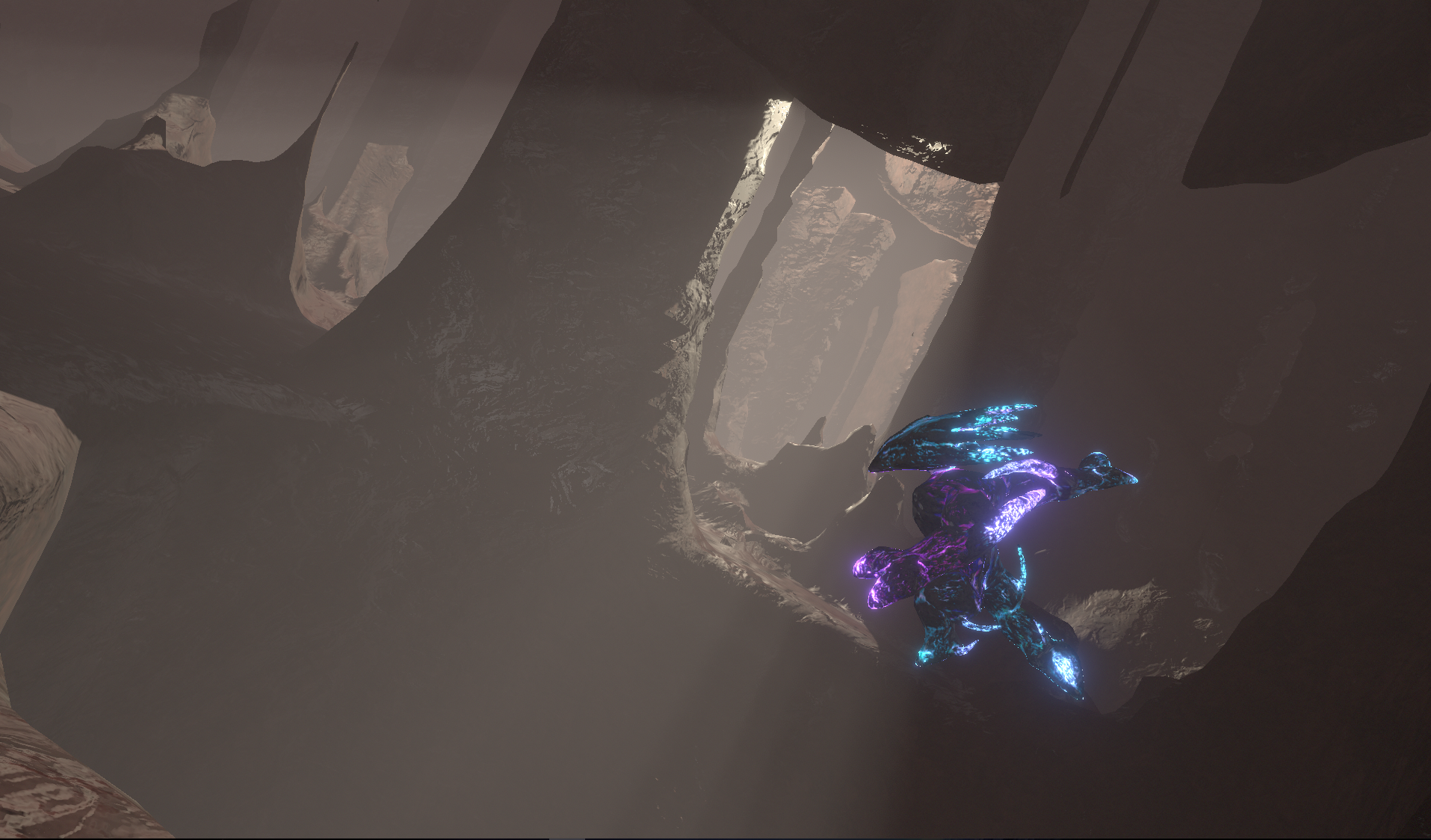 Surge is a mysterious being of electrical energy, it's as fast as they come, fully utilizing the dynamic procedural terrain to it's power.

Surge - Moveset
Surge's passive is "Conductive: Surge can glide along the ground, empowering his attacks, he deals more damage the faster he is moving"
The actual numbers on this will need some work however if you've ever seen risk of rain's loader, you know this is a lot of fun to tap into. However in this case, the speed increase won't apply to only a single move. it will apply to ALL HIS MOVES. Every ability will get this damage bonus, and every ability so far is designed to either harness and discharge this energy, or help build it as large as possible. The ability to slide I think takes advantage of the procedural terrain and really forces you as the player to think about your environment to best utilize it to give you that much needed speed.

Surge - Status
With pleasure I am happy to share Surge is FULLY IMPLEMENTED! All his abilities and attacks are in, animations are there just need to spice it up with VFX and get to numbers tweaking to show it off!

Flo is one with water, using technology he is able to control and freeze water at will. Utilizing this ability and synonymous with his name, he is able to glide through the battlefield with ease and style.

Flo - Moveset
Floi's passive is "Flow (i know right?): Flow gains more damage the longer he hasn't been hit by enemies"
Flo's main inspiration has been Attack On Titan believe it or not. The double grapple hooks are sexy and I've ALWAYS wanted to play a fun game where you could really tap into that fun and make what you want out of it. So his main movement will be through an internal resource management of his water, which will allow him to grapple but not indefinitely. The rest of his moves will synergize with his internal water resources and ability to swing around/up in the air. His primary movement encourages and facilitates dodging, which all work together to create a really satisfying effect of swinging by hundreds of projectiles while ramping up your damage.

Flo - Status
Halfway there, The grapple hooks are implemented, but i'd like to work on his design more, and i haven't nailed down 2 of his additional abilities. However he's close!

Athena is an air elemental archer whos smooth and swift movements will blow you away.

Athena - Moveset
Athena's passive is "Master of air: Athena gains damage the longer she's spent in the air". With an additional ability of holding "Space" to hover in the air. Like Mercy, from Overwatch, she can stay in the air for a limited time, however she has other abilities that will help her stay airborne to capitalize on this passive. She will use her bow to fire Air enchanted arrows that either pop enemies up to her, or help her maintain herself in the air.

Fully designed, not implemented yet. Her design is complete and something im comfortable with from my previous design, however I haven't had the time to implement her juuuust yet. 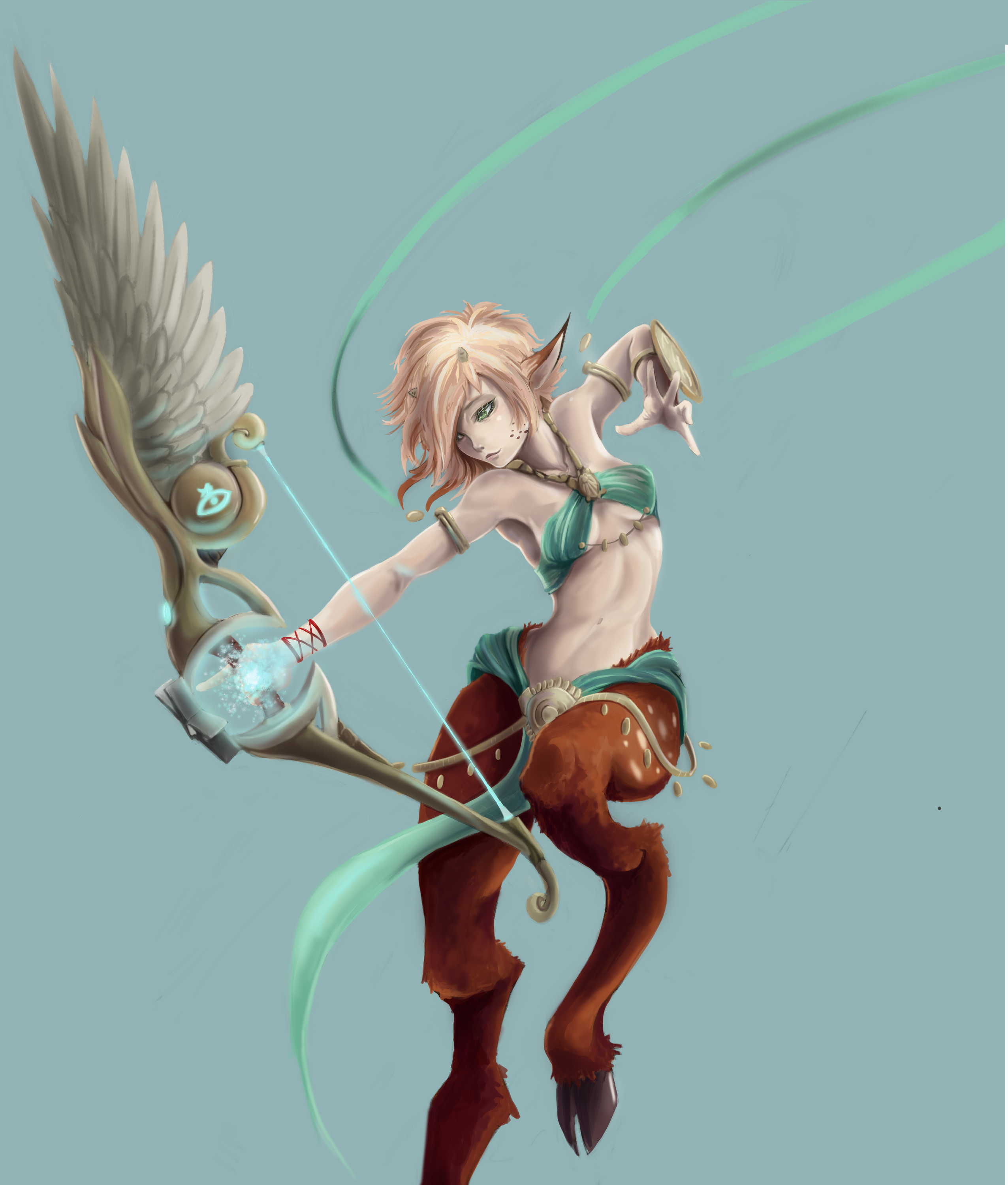 Keep an eye out for the follow up Devlog Part 2 with more details on the remaining 3 character designs! I hope you like what you've seen so far!