A new month, another Module completed. It's seems silly, but it has taken four months to make the world. We have the birds and the bees, ferns and the trees. The peoples and their lands - now, the next frontier, their history.

As the summary says, it has taken four months to make Cerria.

The skies and the seas,
The birds and the bees,
The ferns and the trees,
The peoples and their creeds.

And now, the next frontier; their history.
With the completion of the Itsek language and the placement of their provinces, all six species have their own languages, customs, behaviour, weapons, armour, trades, politics, land, and so on... although, I have realised I have overlooked the average ages, this is not so much a problem.
Nethertheless, now that they can speak, war and farm, a history is required. The kings and queens, wars and peaces - even as far back as the settlement of settlements, where bustling cities were once countryside-like hamlets, defending against creatures and slowly learning the way of defence.

Now, as for the Itsek Language, it's harsh. K, X, Z and such adorn this tongue. Example;

There are four parts to the Itsek language; Prior, Secondary, Main and Auxiliary.

Two more things; One, the World Map is now (hopefully) on it's final version (although unlikely!). It's come a long way from the original, which I will share with you now;

This map has a grid, but only shows up in Photoshop. The grid's squares were one for every "map/area" in the original 2D version. The squares can be guessed at a size by the "cancelled maps" which show up in red near the west - red globs/circles are locations. 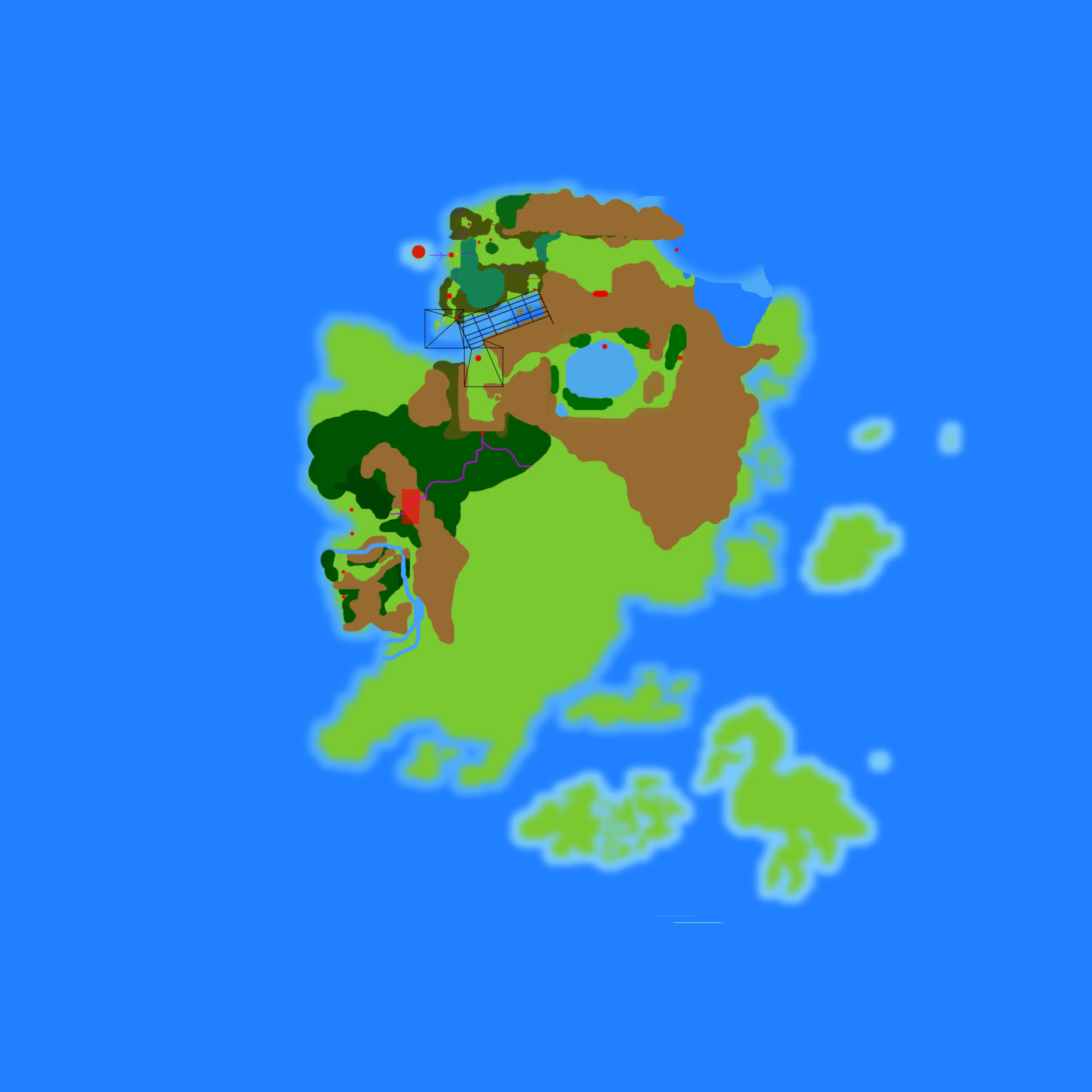 Secondly, I've done some massive Forum upgrades, such as the theme (appearance/scheme), Shoutbox, Shop system (able to buy items with gold earned by posts) and a couple of other things. You can read more Here.

Oops, I did forget a sentence from the language, didn't I?

"And on the seventh day, the thousand warriors will go quietly into the night."