Post news RSS The new version of the mod is out.

Zone of Alienation mod, version 1.07 is out, I couldn't successfully upload it to Moddb, but here are the links.

File size was not the issue here, I simply could not upload it to this site, the compressed archive is 2.32GB, which is slightly under Moddb's limit. 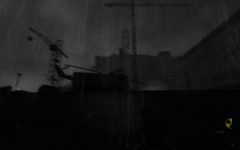 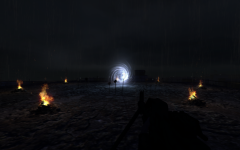 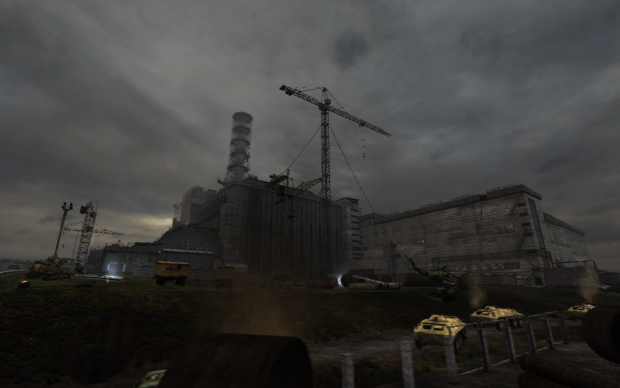 I've been paying attention to many of the bugs people have been encountering with it. Almost no mod release is perfect, especially one with a history as rough around the edges as this mod. So below is the link to the first hotfix. I will be working on a follow-up patch in the next few days that adds some things, a few fixes, and in general tries to get the mod more functional and enjoyable to play.

Since this is now out, and we have a new base for the mod to work on, I can start work on incorporating new levels soon, but first I'm going to take a small break from major stuff and work on a followup patch and an optional addon. In the meantime, I'd like to welcome a new member to the modding team, Piznut, he worked on many of the weapon descriptions, and I look forward to him working on this mod in the future, speaking of which, I will be restructuring development very soon, as the changes being made after 1.07 involve a number of things that are currently out of my league.

Yes, you still have to downgrade, I still haven't worked out 1.0005 compatibility, it's tricky.

Please do I can't get my downgrade to work at all.

hey i downgraded from 1.0005 but the mod wont load up during start

There are too many bugs T_T.
The first, the save game of ver 1.06 does not work with this path.
When i give mekit to other player, they still lie on the ground.
Map Agroprom Underground is bug, when i come to this map, it's crash.
Pls help me

Hey FatalFunnel, there is one bug... can you fix it ?

In this mod, i only reload empty magazine, but with the Half- empty Magazine, i cant reload them, when the reloading finishes, it backs to the old. Can you fix it ? it will make the game more realistic.

If you put the half filled mag on your belt (select 5, if you have a weapon drawn allready) and pull the trigger, and switch to main/secondary weapon right after the ricochet comes - You will have an empty mag, and the un-used ammunition in your inventory.

It's a bit of a pickle, since you end up with a load of clips to "circumvent" to get any form of order in ones inventory.

yet its the only way i've expirienced to handle the clips.

You aren't supposed to be able to reload partially-filled magazines. It's just part of how its mechanics work, it's not a bug.

But you can empty half-filled magazines by attaching them to your belt and right clicking.

... im waiting for a new patch that fix bug. I cant play right now, every time i move to Map Agroprom Underground it's crash, i cant do quest.
When do u have new patch ?

I just uploaded a fix 5 mins ago, I can't fix crashes without knowing what someone's log says, so unless you post the tail end of your log, I can't fix your crash.

You can also ctrl+v right after the crash just for the tail end of the log that explains the error.

Where is the fix ? Ok my fix is done, The crash happens when i move shader floder from Gamedata, now i put it bach and the bug disappear.

I found new bug.
1/ The russack doesn't work.
2/ The reload magazine doesn't work, when i put Magazine to belt, then pressing 5, it will choose binocular, and so i can reload my magazine.
3/If i unload Magazine, the bullet remain in the magazine now will be come the Full loaded Magazine and appear in my Inventory...

I found new bug.
1/ The russack doesn't work.
2/ The reload magazine doesn't work, when i put Magazine to belt, then pressing 5, it will choose binocular, and so i can reload my magazine.
3/If i unload Magazine, the bullet remain in the magazine now will be come the Full loaded Magazine and appear in my Inventory...

The #1 is a quirk with the actor binder not updating the rucksack properly, this can also happen with sleeping bags too in that both can sometimes get "eaten." I recommend that you save before using these items.

#2 and #3, the animations for loading and unloading are very clunky, after placing a magazine in your belt, you have to not only bring up the binoculars, but you have to left click for the mag to load, it does not load automatically.

The unloading animation is even more annoying as when you right click and unload, it immediately starts reloading, which is why you need to very quickly switch to another weapon like your pistol/knife to interrupt the animation. Both 2 and 3 are not bugs, just bad implementation.

Thanks for your helping.
Your mod is awesome? But i think there is too many blur, it make the game dark. It can be seen easy by using Binocular. What can i do to reduce Blur or make the screen become to the orginal ?

Download Fix#3 posted in the downloads section here, it includes an optional Shader_Settings.txt for disabling the DDoF.

First make sure you have rounds in your inventory, you cannot have them load both unboxed, and boxed ammo into the same magazine (it will bug out the magazines). so if you intend to load boxed ammo, drop all the unboxed ammo, or stash it away first. Unboxed ammo is prioritized over boxed ammo, and I think AP over FMJ.

Double click on the empty magazine you want to reload, it will attach your your belt.

Bring up your binoculars "5" key.

Wait for the animation to finish, the magazine will be loaded.

attach a magazine in any filled state, (unless empty) to your belt, bring up the animation with your binocs key.

You will hear a round ricochet near you, but don't be alarmed, that's part of the unloading mechanic.

Ok thank you very much... But it's so complicated :D

i sure that you're going to fix this glitch ?

In the 1.06 i see the binocular in inventory, in this path, it's gone and this glitch appears

It doesnt work for me. I still dont know how to reload magazine T_T. In the 1.06 patch, i can reload. Now it doesnt

you're playing the WRONG MOD, that's all.
ZoA is meant for the challenge-maniacs who consider even AMK too easy at this point.
Plus if you're carrying over 35kg of ****, you're seriously doing it wrong.

Alright, am I doing something wrong or is this working?

I downloaded the mod using the torrent, unzipped it and installed it into my gamedatafolder.

Downloaded hotfix 3 + grenade hotfix (read in comments that they were nedded?)

Started up the game, but the version info in the corner tells me I have ZoAm version 1.06b and not 1.7. Is this intended or did i screw up somewhere? :D