Welcome to the new SHIFT

After Hours Racing no longer...

Short version:
We have abandoned After Hours racing. We are working on the second private beta and putting our resources behind our project SHIFT. The first beta of AHR laid the ground work we needed. We originally tried to merge the two, but it did not work as planned so now we are instead starting with a clean slate.

Long version:
It is just about over 2 months since any major update. With the summer vacation upon us, the team has been back to work and I can say that progress is steady.

Originally we had tried to merge the two projects (SHIFT: After Hours Racing) and it just didnt work how I had planned. Instead, after much discussion, I have decided to abandon all traces of the name After Hours Racing and any logos, designs, and media related to the name. We are now fully behind SHIFT. SHIFT is an improved design and vision of a racing mod for HL2 that was originally being worked on in late 2008. I recognized that SHIFT was a better vision than AHR, so today, I decided that I would completely move to the SHIFT mod.

It took a while but we did it. Everything from moving our domain to SHIFT, to acquiring the new official SHIFT logo. SHIFT is here to stay.

We are fully behind SHIFT now and have begun work on the second beta. The design and overall goal will remain somewhat the same. Create a fun and playable racing game, except SHIFT will reveal more information on it's overhauled story. I will not release any details about the beta just yet but I will say that it will definitely be something to watch out for. Consider this a fresh start where we (the dev team) want to set the bar even higher than before! Yes, we are very serious.

Mark your calender for the first public beta; set for December 17th! 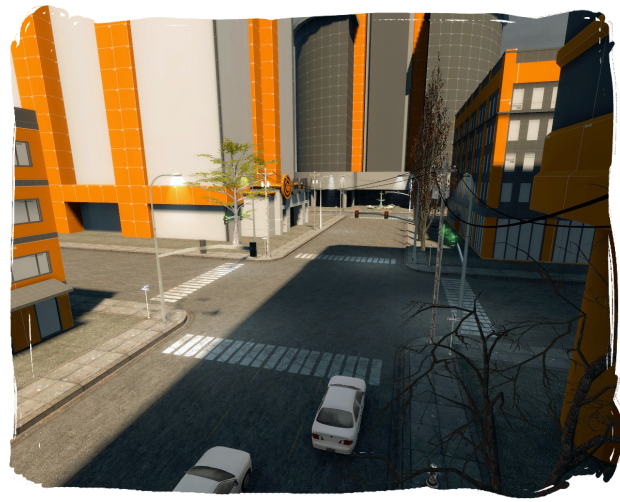 Well some good and some bad new. Well I wish you good luck ;)

well now we need to see some updates from SHIFT!!

i only dont like half-life-like tree on the right, everything else looks amazing even without textures.... keep up