Post news RSS The Name is Cool. The Graphics SSSUUUUUCCKKKK!!

The Name is Cool. The Graphics SSSUUUUUCCKKKK!!

A: Go in exactly the opposite direction: Make your game look ultra-unrealistic.
$40M vs. $0.02M. 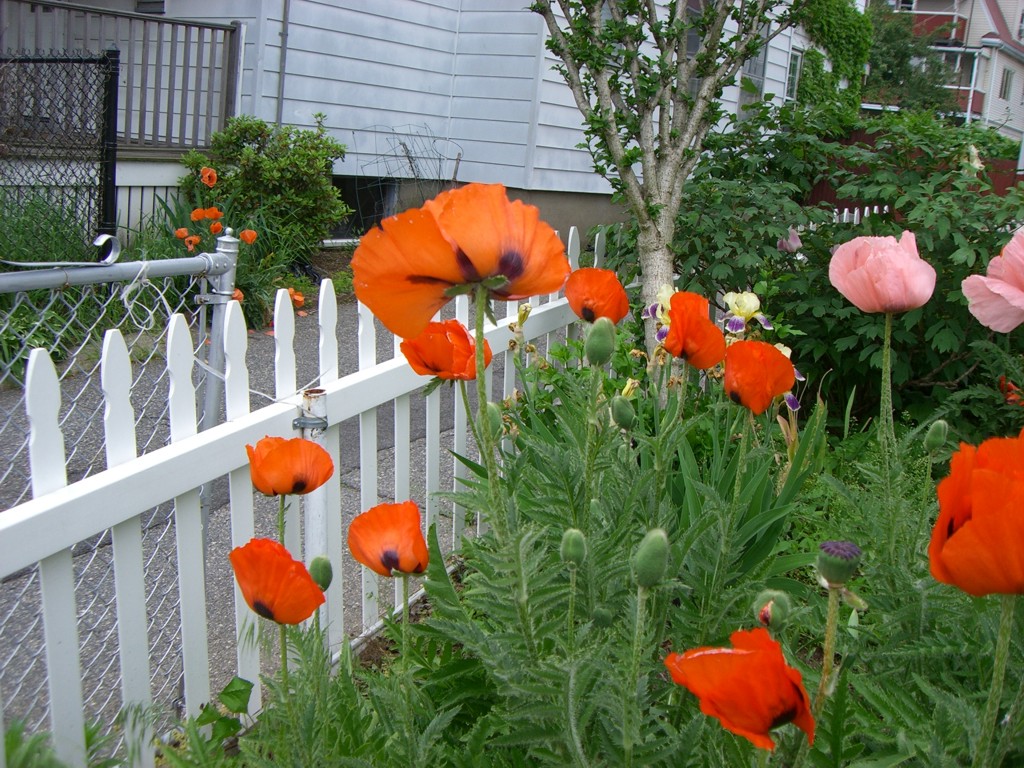 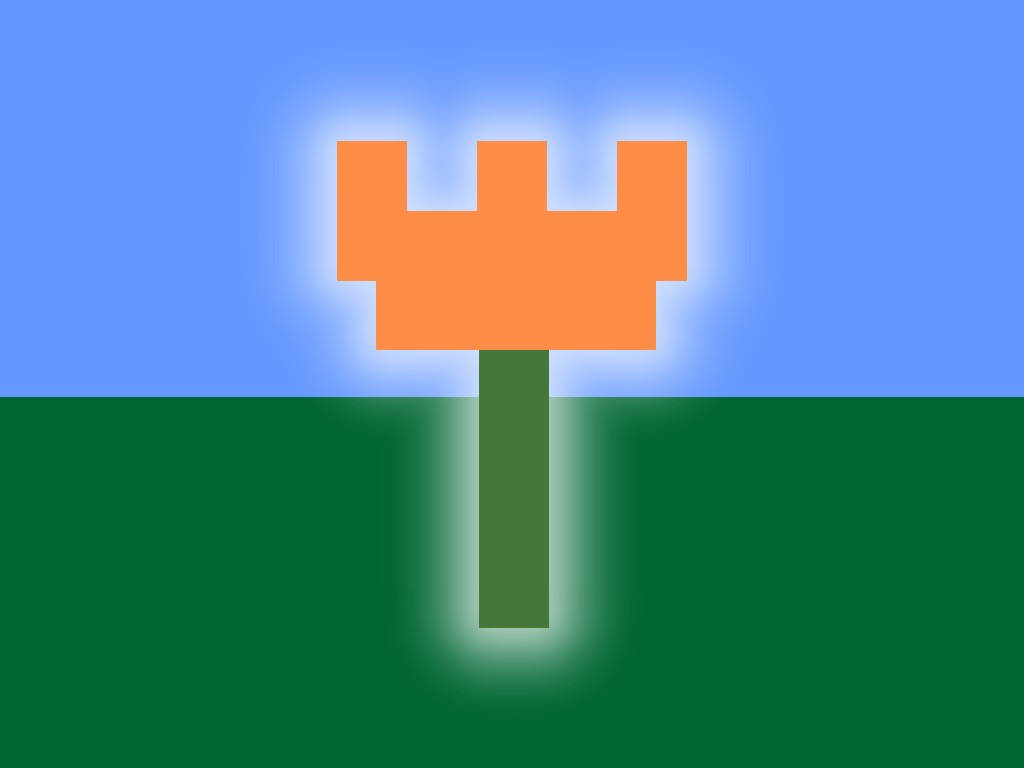 We released our prototype in January, and reviewers loved the concept. Unfortunately, a whole lot of gamers told us this: the graphics suck! Some of them were kind enough to remind the others that the videos were -- you know -- "prototypes." But the comments still cut. We dried our tears, numbed the pain with a few beers, and started working on a new graphics direction. We did what every developer should do: we listened to our customers.

To cut down on development time, we built the prototype from our completed 2004 title, Inago Rage. Inago provided us with graphics assets, object physics, an audio engine, architectural objects (buildings, antennas, bridges, platforms, etc...) -- essentially a base (pun intended) for AaaaaAAaaaAAAaaAAAAaAAAAA!!! -- A Reckless Disregard for Gravity. We were very happy with the proof of concept -- it played like a dream, but left us asking how we should bring the 5-year-old graphics up to par? It brought us to a major design crossroad: pick an aesthetic that’s appealing to gamers but also feasible for our indie development team. Sure, some folks might want graphics straight from GTA IV. But did you know that their budget was $100M -- four hundred times as large as our own? 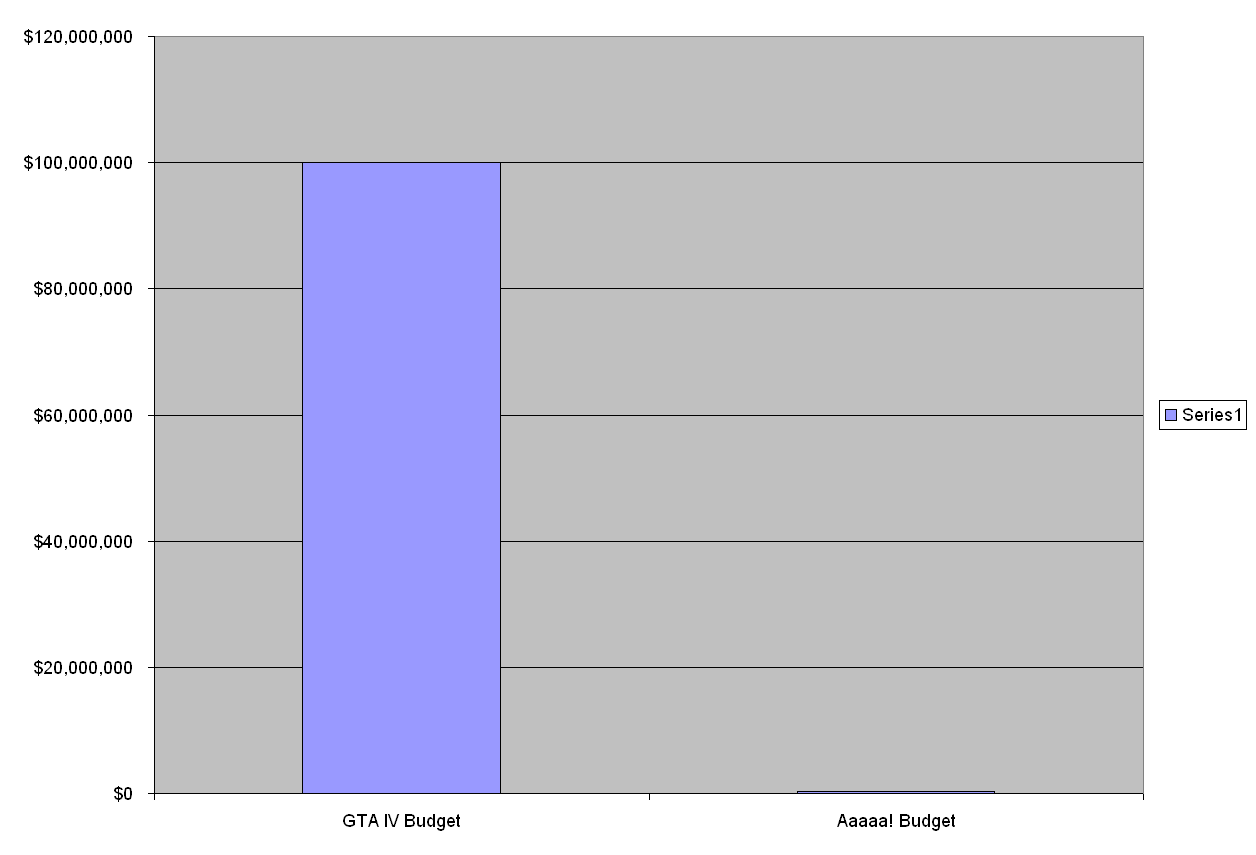 The humbling reality of being an indie studio is that you have to learn to do more with less, and do it better than the big guys. This is when Ichiro, our founder, is at his most creative. In a moment of brilliance, he said "Let’s do the exact opposite: They’re doing realism? Let’s do hyper-unrealism." We were not sure if that was even a word, but our approach was to divide and conquer: we split aesthetics into pieces and began work on each piece separately. For example, we started with the background elements and built in detail as we worked closer to the player.

We experimented with skycubes, which make up the backdrop of things very far away -- think of a background matte in a movie. Same thing. We used this one in Inago Rage, for example:

We’ve been experimenting with more abstract skycubes forAaaaaAAaaaAAAaaAAAAaAAAAA!!! -- A Reckless Disregard for Gravity; what if we used geometric shapes, for example?

All early, simple stuff to be sure. But who’s to say that a backdrop has to include a planetary horizon?

As we worked on these elements, the game improved. Ichiro then suggested the Luminous aesthetic that you see below. Here’s a test level with a luminous skycube (or skybox). It was definitely different -- completely unrealistic -- and wonderful. Our buildings weren’t even attached to earth, so who cares what the reality police say! This is where we are today, mid-way through the process of drafting our final look. 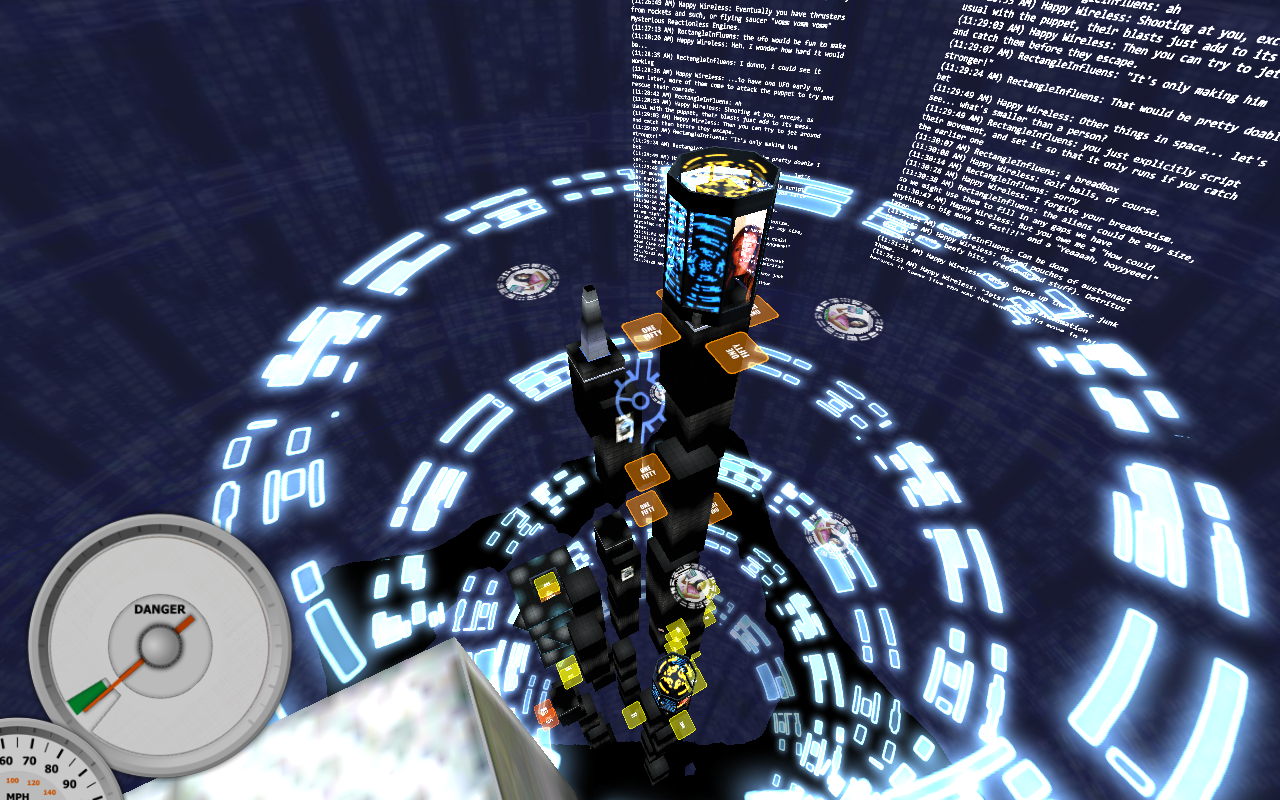 (About to jump. Note the comments generated by other characters within the game, at the upper-right.) 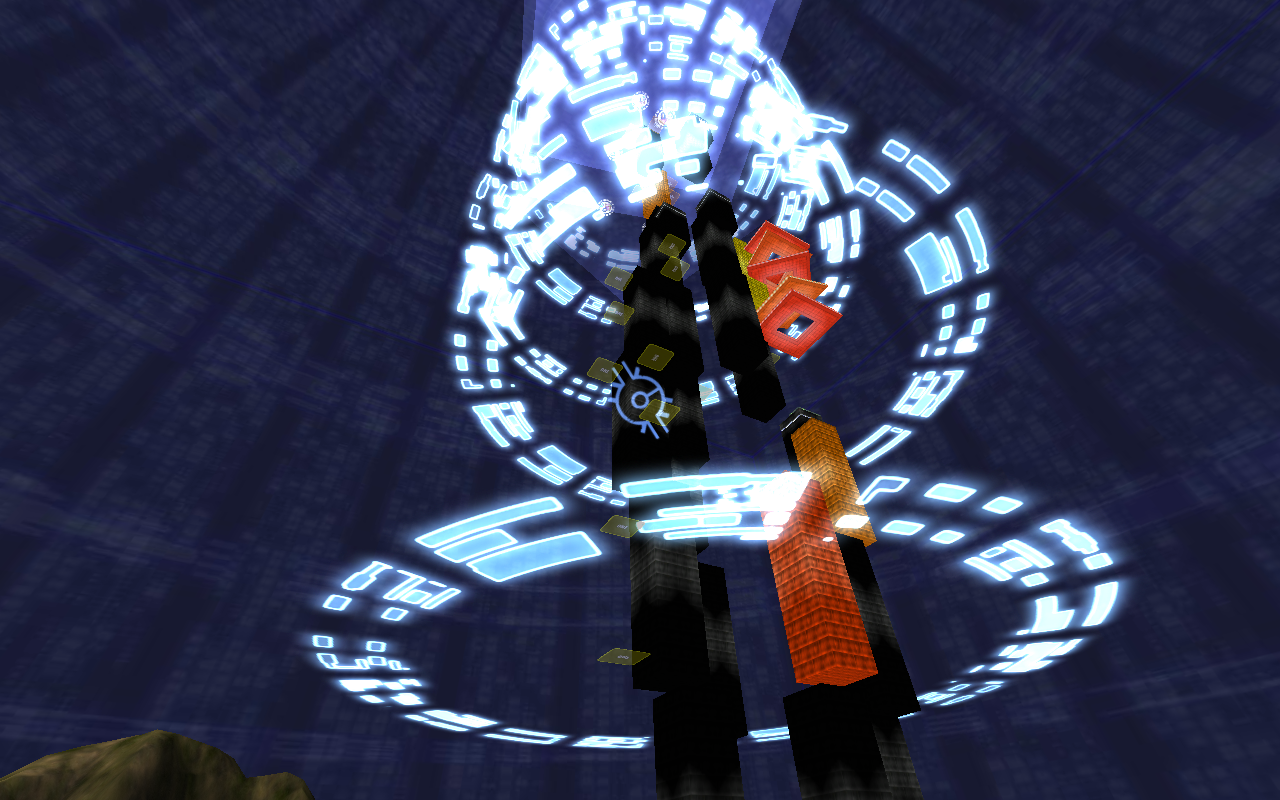 (During a jump, from outside the arena.) 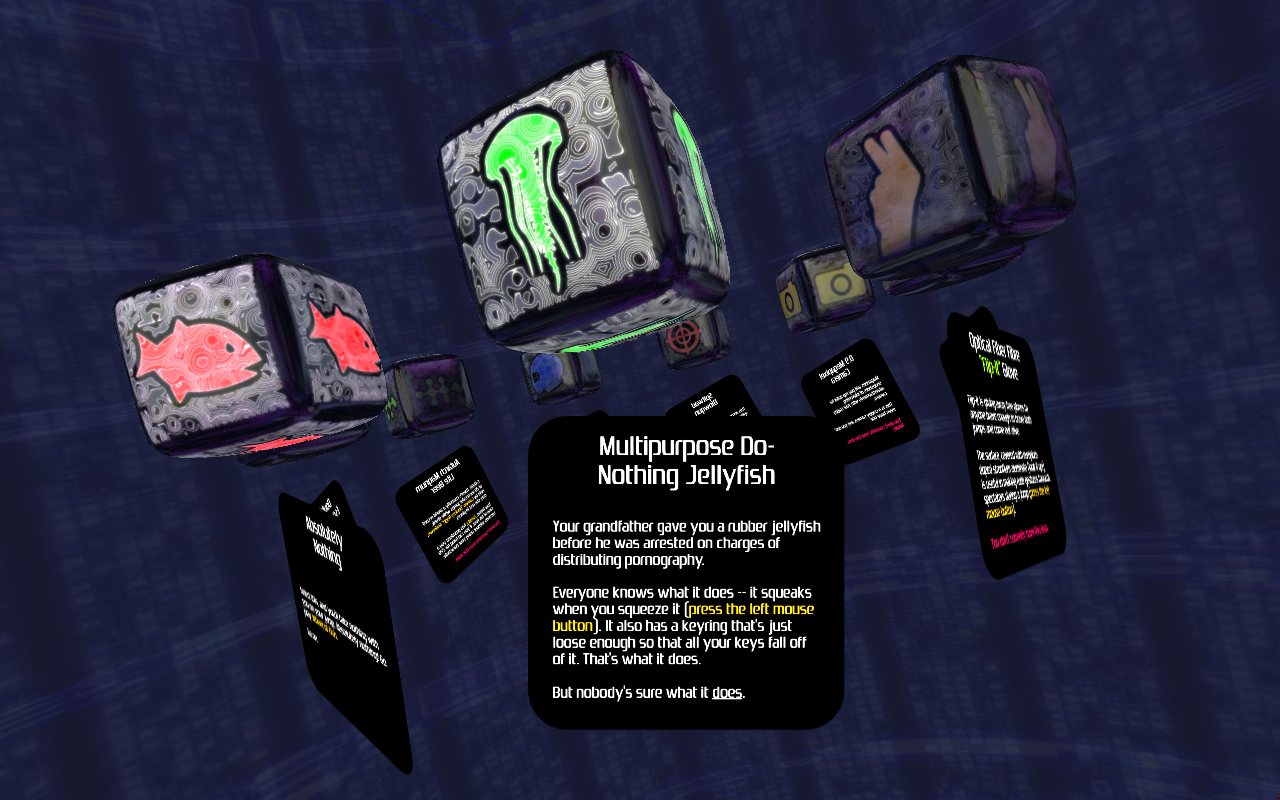 (Item selection.)
A quick video of the luminous aesthetic, with some music we love in the background.

So, you’ve read this far. Do you think it’s going to suck, or that we’re on the right track? Drop us a comment below or on our blog: www.dejobaan.com/blog.. We’d love to hear from you. Probably.

Next week: Beelzebub is in the details, but this game is becoming hell-uva lot of fun!!

Hehe, nice monetary comparisons.
And I think you found a graphic style that totally suits you game. Looks Awesome!

Yeah and that comparision of this game with GTA IV makes me go crazy...

Amateurs.
You should call this "original art direction".
BUT NO.
Now you got crappy graphics.
I hope you code better than advertise.

ban children from the internets!11!!

game looks mighty fine, but its difficult to see any lasting appeal at this point.

aww come on, a little flaming cant hurt that badly, besides, there really isnt much one could say at this stage apart from obvious dis-/like for the graphics. could you tell us a little about the items we saw in the trailer?

- Absolutely Nothing: Select this, and you'll take nothing with you on your jump. Absolutely nothing! Go play Wheel of Fish. Go on.

- Multipurpose Do-Nothing Jellyfish: Your grandfather gave you a rubber jellyfish before he was arrested on charges of distributing pornography inappropriately. Does it help you fly? Does it help you fall? Everyone knows what it does -- it squeaks when you squeeze it (press the left mouse button). That, and it has a keyring that's just loose enough so that all your keys fall off of it. That's what it does. But nobody's sure what it does.

- Optical Fiber Fibre "Flip-It" Glove: These glow-in-the-dark gloves (again, strontium aluminate -- thank you, and remember to tip your waitress) are perfect for when you're passing spectators. Simply flip them off (press the left mouse button) as you pass by, and they'll be shocked enough to write a letter to the FCC about how kids today lack all manners of respect.

- 0.9 Megapixel Camera: "Magazines will pay top dollar for snapshots of interesting advertisements with your crappy camera. This is a crappy camera, and you don't even have it. Yet."

- Autarch Magnum Lite Beer: C2H5OH. There's currently a world record of 20 successful jumps while drunk, held by Carmen "Donkey Rage" Andrews, may she rest in pieces. 0ity has promised you a case of his best, if you can hang for 120 seconds without using your parachute.

ok that rasta styled photo is definitely not just for show :>

Wow... you know Daystranger, it's not just graphics that make a game good you douche. Look at Crysis, awesome graphics, yet a totally **** storyline. These guys don't have a huge budget. So don't expect to see Cryengine2 graphics. Least the gameplay will be unique :D

I said that developers made poor article.

Instead of saying that "GFX is unique in style"(It IS), they said "Our graphics sucks".
Well done!

Got it? Or you consider me a troll again and continue your holy war against my "stupidity in terms of game graphics"?

I think it's a great article, they take a very non-official style which suits them as they're doing very unordinary things, being all official about being unordinary is just ... weird.

So in this way I think the articles is well written.
Btw this game really needs a abbreviation... lmao!

That first pic of the flower, was that from the Electronic Arts game? :P

Funny, EA spends millions of dollars on their games and they still haven't produced anything of value yet modders spend little to no money and produce quality games that people actually enjoy.

What a novel idea, this is really neat.

doesnt seem like a new idea to me, think vertical wipeout or the likes.

This article was well written, despite what others say. Your witty tongue in cheek, self deprecating humor (also known as SARCASM) was intelligent and enjoyable. You brought a style to this article, that I hope, will be exceeded by this game.

Looking at your blog it also follows the same format.

I do have ONE problem. Who the hell ever got drunk off of LITE BEER? What is this? JAPAN? I demand an Irish Brew!

While abstract skyboxes are ok in itself what this one lacks is depth. While jumping you notice how slow youre actually going. With a couple of fix points in the skybox you increase the felt speed of the player. This should be done here.

love the article. catches a lot more attention than the ordinary news posts. The game is looking sweet too, and to be perfectly honest.. once you get into the game, you don't really tend to look at the graphics, you tend to focus on how much fun your having playing the game!

Great article guys, very fun to read! And gameplay is the core of any game, graphics come second to me, so making graphics suited to the gameplay as opposed to ultra-realistic is definately the way forward. Good job!

wow the gameplay actually looks pretty fun. i like the style of the graphics too.
i must say one thing though: i wouldn't use vimeo if i were you. wolfire used vimeo to host videos of their indie game and vimeo made them remove the videos even though they were a paying customer.
Blog.wolfire.com
this also happened to the world of goo devs

could the point scoring bits be spaced out more and the speed increased allot? i think if you took that and stretched the map out so that it really feels like falling thru air?

Nice article. One thing you have to remember when doing a low budget indie game is that you're going to get these kinds of comments, no matter how good you are. I am glad to see that you have done something about the graphics, and they look great. Keep up the good work!

How about this: Instead of falling "down", you fall UP!

Hows that for making something opposite?

lawl, in the end I think it'd be hard to tell the difference though? unless your landing spot is gonna be the moon... :P

Finaly a game where you only have to jump.And the idea of unrealistic craphics is cool

original concepts are always good :)
don't need good graphics to have a good game, so don't listen to those graphic-hugging losers!

the real problem is the gameplay itself. u just jump off, and coordinate the movement. if the game rocks, nobody cares about the grafix. u could make a mirrors edge clone with lots of jumping and floating, or anything. if we were interested in grafix, moddb wouldnt have any doom1 modding.

We did the same thing with our game Incognito Episodes. As a small team you do what you can and the real goal is to make a fun game. The idea that you cannot have fun without photo-realistic graphics is just silly (especially if you grew up in 80 - 90's).