We unveil our new MP-18, one of the first practical Submachine Guns!

Hello and welcome to another No Man ’s Land news. Today’s news will contain many interesting things, for those who have asked for them. First thing you have been asking for were some new renders, to show only models made by us. Here you can see our work: First, the first practical submachine gun used in combat, the MP-18.

The MP-18.1 manufactured by Theodor Bergmann Waffenbau Abteilung was introduced into service in 1918 by the German Army during World War I as the primary weapon of the Stosstruppen, assault groups specializing in trench warfare. Although MP-18 production ended in the 1920s, its design formed the basis of most submachine guns manufactured between 1920 and 1960. 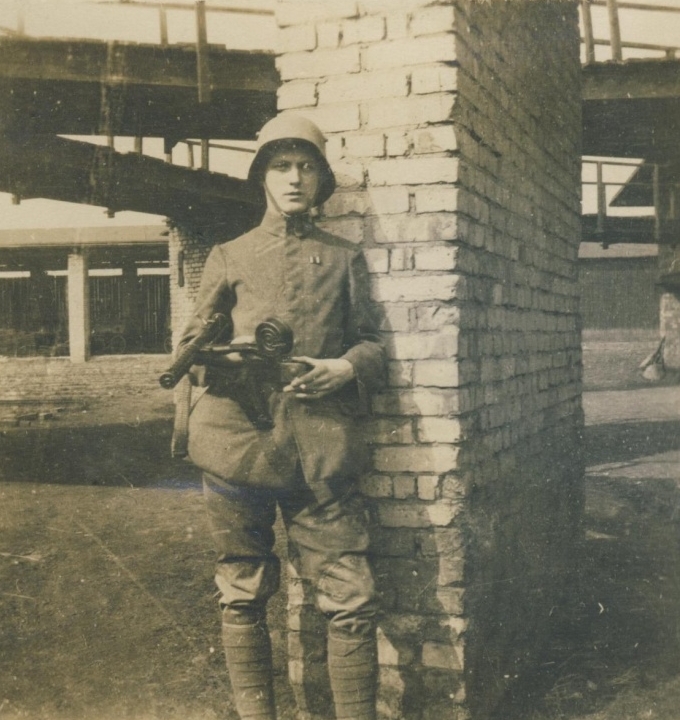 The MP-18 primarily served in final stages of World War I in 1918, especially in the Kaiserschlacht offensive. At least 5,000 MP-18.1s were built and used during World War I, based upon observed serial number ranges of captured weapons. However, it is possible that up to 10,000 were built for the war. Though production was outlawed by the Treaty of Versailles, manufacture continued in secret into the early 1920s, as the final production total (again, based upon observed serial numbers) ended at around 35,000.

The MP-18 proved to be an excellent weapon. Its concept was well proven in trench fights. Its basic design directly influenced later submachine gun designs and showed its superiority verses the regular infantry rifle in urban combat and mobile warfare as well as in guerrilla warfare. In 1919 during the German revolutionary period, MP-18 were used successfully in house-to-house fights to regain control of the cities of Berlin and Munich in what was more of a police-type counter-insurgency than a military operation.

All the limited conflicts between 1920 and 1940 saw an increasing use of this new class of weapons, first in South America during the Chaco war, then in Europe during the Spanish Civil War, and in China during the Japanese invasion where its use by well trained Chinese troops was costly for the invaders as in the battle of Shanghai, where fierce street fights prefigured World War II urban combat of Stalingrad, Warsaw, Vienna and Berlin. In No Man’s Land, the MP-18 model was created by Arc 9 and textured by Ronisayswoot.

The wood seems a bit to dark? Also the back plate on the wooden thing looks like a piece of old soda can nailed to it lol.
And the ammunition drum looks a bit to small..

Not being an *** here, just giving some crits. Other then that it's looking nice!

oh lolz dude, that has to be the saddest comment ever..

I was just making some pointers to things that I think could get some improvement. Like I said, I'm just trying to help the improvement of the model/texture.

No after this, we aren't developing anymore. This mod is dead, and you can all thank this guy for being a meanieface.

Also, I hope to god nobody was stupid enough to believe that. xD

I think that Chris.Y is right about the ammo drum. it´s too small.

You are partly right, mainly that darkness will be changed, ingame will be better texture.

We are currently working on a better version of this MP-18, So consider this one as a WIP.

Can you guys give me this gun?, I really want it!
and I can't find any model to export to my private mod