The latest update, basically me saying thank you so much for the UMOTY votes. :) 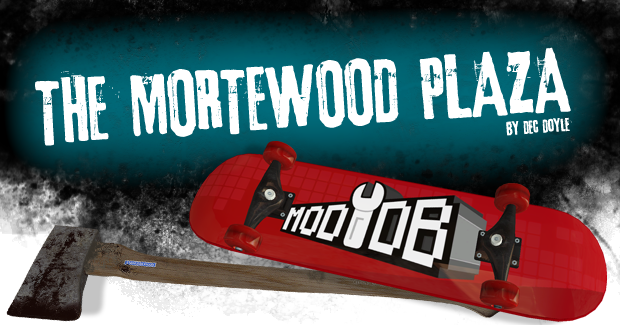 Wow. It is difficult to know where to start. Basically let me begin by saying THANK YOU SO MUCH to all you awesome people who voted for Mortewood to be the Upcoming Mod Of The Year. It means a hell of a lot to actually win something and to truly be shown that all my hard work is being seen by people all over the world who would take time to follow me, comment and just be plain awesome.

I would also like to congratulate all the mods who made it into the top 5 as well. All equally as awesome as each other and all superb mods:
Raindrop
Opposing Force 2
CoH: Eastern Front
Naruto: Naiteki Kensei

As for recent updates to Mortewood I unfortunately had to take a break for a few weeks while the start of MOTY voting began, hence the lack of updates during a time when they would be most necessary.

For those who have not seen the new video, or the video that was seen in the UMOTY video, you can check it out below. Remember its in HD! :)


People may question this video as to why lots of content is missing. I have to explain that this video is of the first working bug-free version of The Mortewood Plaza - Coop. Shown in the video is a bit of co-op, death-match and just pure owning with some vehicles.

The two most recent posts are the skateboards and the health bars, hope you like them if you haven't yet seen them. 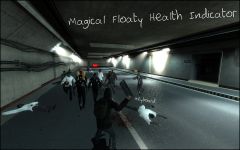 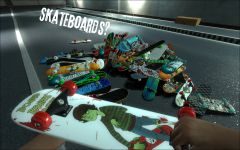 That is all for now people, expect more updates soon with new weapons and game-play videos.

Also please check out:
The Mortewood Plaza Fans Steam Group
Dec's Youtube Profile
Dec's Moddb Profile
Or you can add me on Steam if you have any NON-stupid questions/suggestions.
"decisruler" or on hereThanks everyone! :) 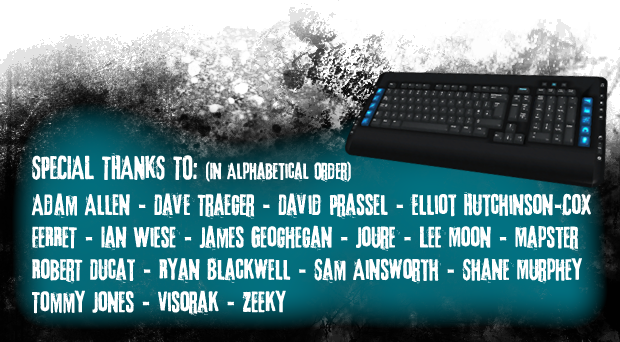 Thanks everyone, you are what make creating this mod worth it! :)

You are worth to vote for , you have put a lot of effort , work and energy into this project , and in the end you made an excellent result!

I can also tell you I wasn't surprised that you won the upcoming mod of the year!

De nada dude!
I was sure it was you ! :p
Can't wait for the mod !!!
how many zombies i have to kill to play it in a beta version? lol

Dec you are my hero.

Im glad you made the gameplay video public. It is of epic zombeh proportions.

No, he does not. Not as far as the actual development goes anyway.

Yeah that was sarcasm lol but thx.

hey dec, nice vid, but could you make it so that when a zombie falls from a certain hight, like the fedex truck hit, make them explode into gibs?

If there was more gibs, it would be a chuck norris game ._.

Well deserved!! I'm liking what I'm seeing in from the gameplay video! Keep up the great work :D

Your God damn strait it is!

you guys deserved it. gratz. cant wait to get my hands on this mod.

I would buy this.

Gratz on winning and the mods looking ace keep it up :)

Congratz Dec!..ill prob hit you up on steam and throw up a "hard partay" time :3.. good work! loved the video

Rock on man, so happy you won UMOTY, you deserved it!

Well earned Dec, your hard work has paid off, and i'm sure when it's time for release, we can truely appreciate all that work you're putting into this TC, well done :)

Told ya it'd beat everything else.

Congrats on the award!

Btw: would be cool if you had some good weapon modelling tutorials! xD

Ha!I voted for ya dec :D

I like GTA. tho I dont own a single GTA title. Darn.

I've never even heard of this before MOTY, never seen it on the front page, never heard people talk about it, nothing. I don't even remember it being one of the top 100.

Now I'm curious why so many voted for it.

Are you honestly surprised Dec? Anyhow, congratulations to you fine sir.

You are amazing , you deserve it , GOOD LUCK!!!

Congrats on the win!

Congrats Dec, I knew you could pull it off.

Congrats Dec. But I don't really think that Mortewood really deserved it. Sure it has alot of weapons, but that's all I really see right now. Maybe when you get more maps, progress with the storyline, then you have something else to show. But right now, it's just a mod with an assload of melee weapons. I think that Raindrop deserves it more. Or if anything, the Naruto mod also deserves it. But ether way, Congrats Dec.

raindrop only got a few maps, and no weapons? :)..

Watch their video. They got weapons. Derp

Good jop Dec!
4 me it wasnt a big surprise, because your work is awesome!
Keep it up!

Hey im in your special thanks list, aww yeahh sonnn

Hey but seriously nice work, I wasnt sure how rewarding it was but it seems the answer is very =P