Some of the updates and endeavors that has been made with the ALPHA stage of The Moonlight Path adventure.

<!-- ”...Underneath the ice, something was moving; shades and figures, but he didn't know as to what they were. Some of the smaller ponds were not frozen and he could gaze through the crystal clear water easily. But still, beneath the waters surface, something stirred...in agony.

...he gazed deeper within the pond, reaching his hand carefully towards the moving shades underneath. Soon, a small child's figure appeared from the depths and rose towards the now appalled man. Her skin, it seemed, was pale and clothes torn so that she was almost naked. Several scars and stab-wounds were evident on the poor girl's desecrated, even eviscerated body. He also noticed that her facial aspects were horrendous and that they shifted between natural and unreal.

...Whatever became the gruesome fate of these children, this was no way to leave this world. A shrieking wail suddenly erupted in a chorus of torment from beneath the waters, forcing the man fall back in terror...”


Darker, more brutal, violent and ridden with blood!
A new course of action has been taken with The Moonlight Path ALPHA module and the more violent side of the adventure is brought alive for all to see and feel! Oppressive mood and twisted sounds echoes throughout the damp and dismal halls that are filled with mutilated bodies of children and women alike, burnt corpses and hanged men! It is time to unleash the beast that has been in deep slumber for too long a time...

It's been a long while since any updates occurred here, so it's time to give you something new to feast on with. It's been a hard time for me struggling with the ALPHA stage, for I did encounter new problems with my computer and it messed the whole Toolset and Neverwinter Nights both totally,
so I had to make many things again.

But now that I have won my battles, it's time to get back into the furious vortex of design work for the module and forging the ALPHA stage into a solid piece. We still do lack a coder/script maker, so if anyone has any idea for a valid person to hop in and make the world of Moonlight Path alive, feel free to tell him about it and direct him/her towards me! Otherwise everything is going well both for the design and actual building of the module itself.

I have gotten help from fellow Finnish friends and together it's much easier to think and create thing rather than through the internet. There will be much to be done still, but we are hard working and whipping ourselves towards the solid outcome.

More updates coming along this week, keep a vigilant eye open and wish us luck with our massive endeavor!

“….and he would eventually walk through these halls; the Halls of Sin....” 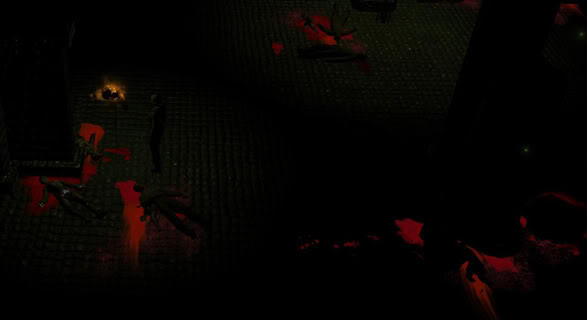 "...where even Angels feared to tread.."