Post news RSS The Masterplan: How to hire your goons and build your crew

In the first update of 2015, The Masterplan campaign/metagame gets a crucial improvement; the chance to hire goons. And to top it off, there are two new locations to heist with your brand new goons!

The Masterplan Early Access 8.1 is currently available on Steam, and on Humble.

The Masterplan Early Access 8.0 and 8.1 updates are now out and available. While the two new maps, the Diner and the Arcade open up a whole new branch of heists, perhaps even more exciting is the chance to hire your own goons, choose who you take on to the heists, and in general the need to make sure your crew is surviving, if not even prospering.

New goons can be hired in the hideout with the Blue phone.

With the goon hiring, and persisting items, keeping your goons alive is critical. This in mind the two new heists are of relatively low danger, though the cops are eager to come stop you no matter where you head to! 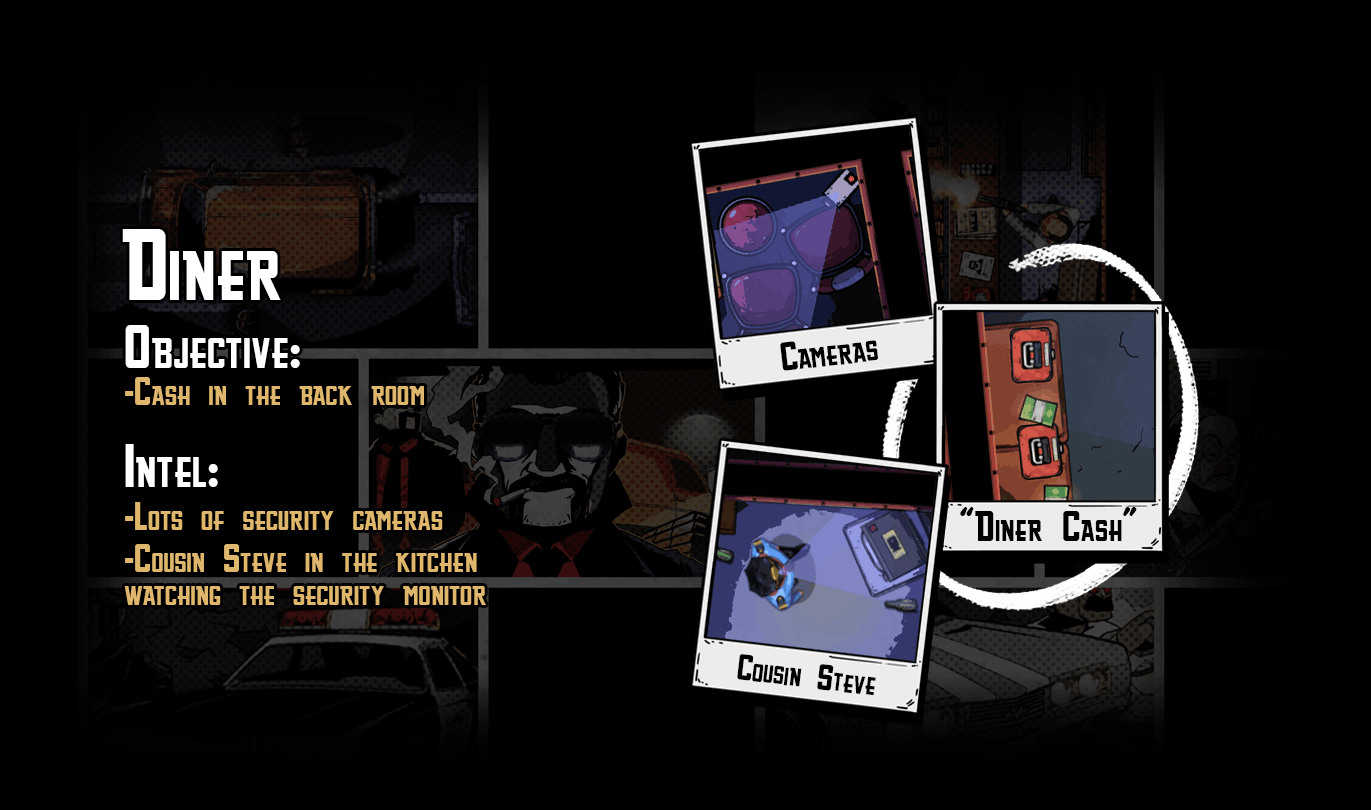 The Diner is the first heist in the new branch. Having heard of the budding crime spree, they've invested heavily on security cameras. It's up to you to make your way undetected - or go in fast and take everyone by surprise. 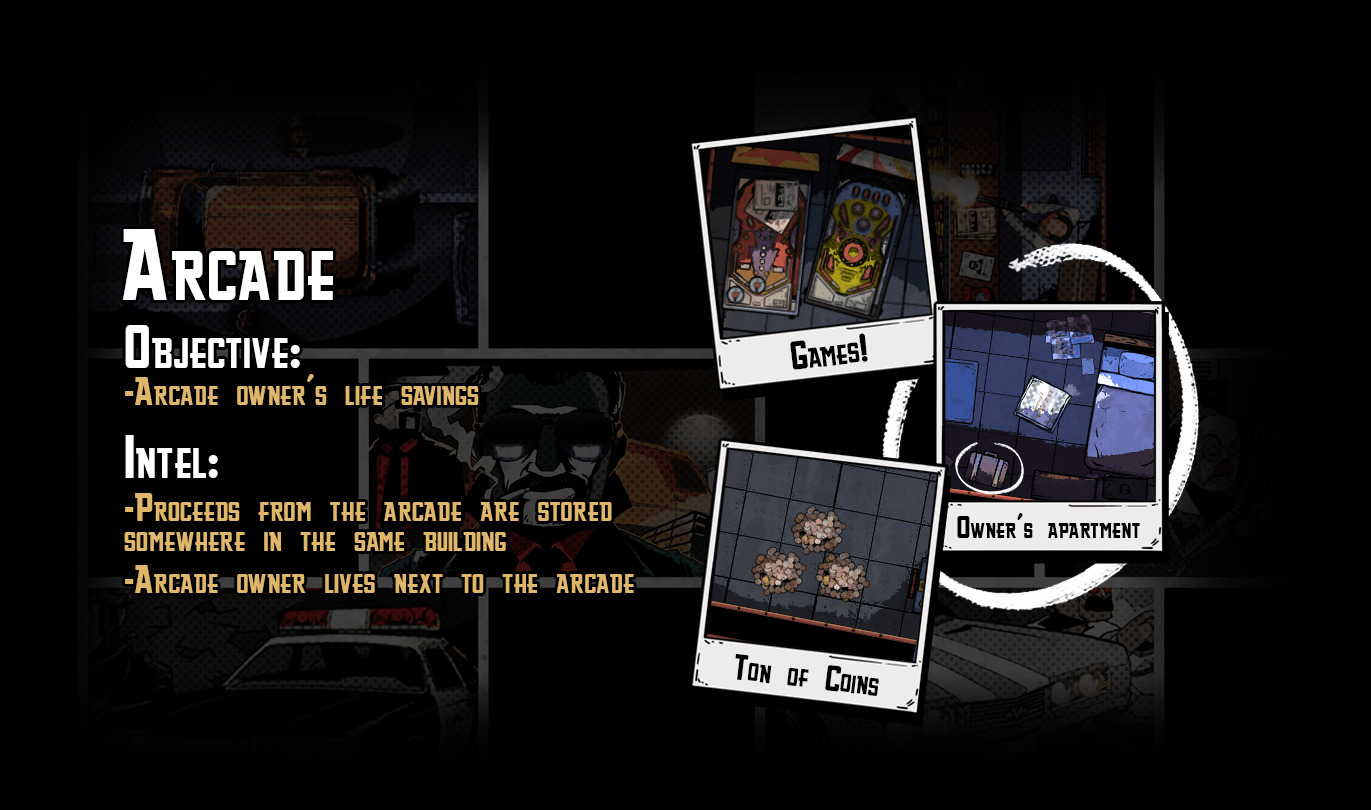 Arcade has a ton of loot... but in very small change! Best bring plenty of able-bodied heisters with you to make sure you can carry it all out!