In The Masterplan's Presidents' Day update, a.k.a. Early Access Update 10.0, The Masterplan grows the list of unique heist locations to 14 by adding the shady Accounting Office and the Police Station. And that's not all, read on to learn more!

The Masterplan Early Access Update 10.0 is currently available on Steam, and on Humble.

Another major update for The Masterplan is now available, with two new levels and a bunch of lesser changes and fixes. This update focused on adding content to the game, and as we're getting close to the intended release, the framework is starting to look very solid. While there are some more mechanics changes to be made, and features to be added, we are hoping to soon start the balancing and polishing rounds. 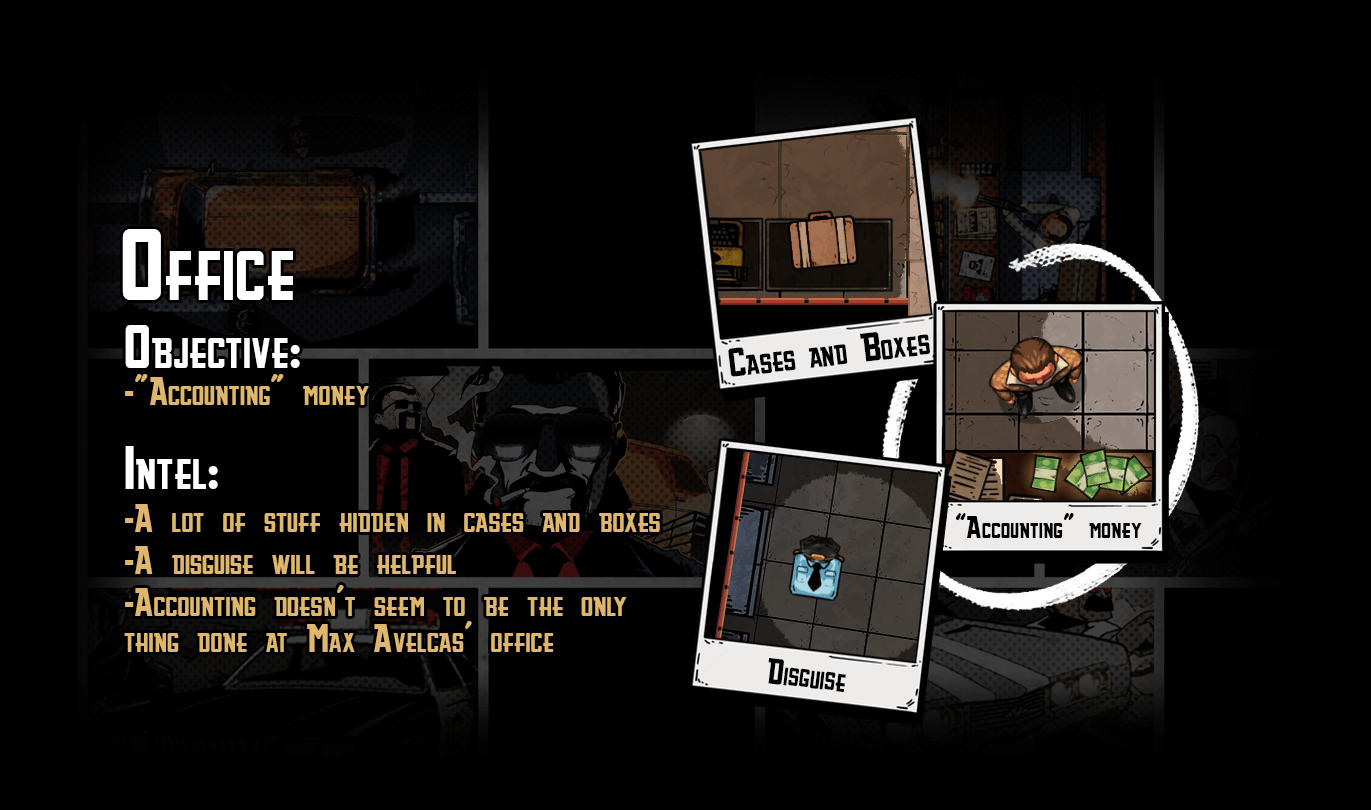 Goons get a hot tip about an accounting firm that runs more than one set of books.

Each level offers its unique challenges, and the Office follows this trend. Instead of a single safe, goons need to search the whole office to find the loot, all the while trying to stay undetected. It might take more than one try to clean the place up... well, cleanly. 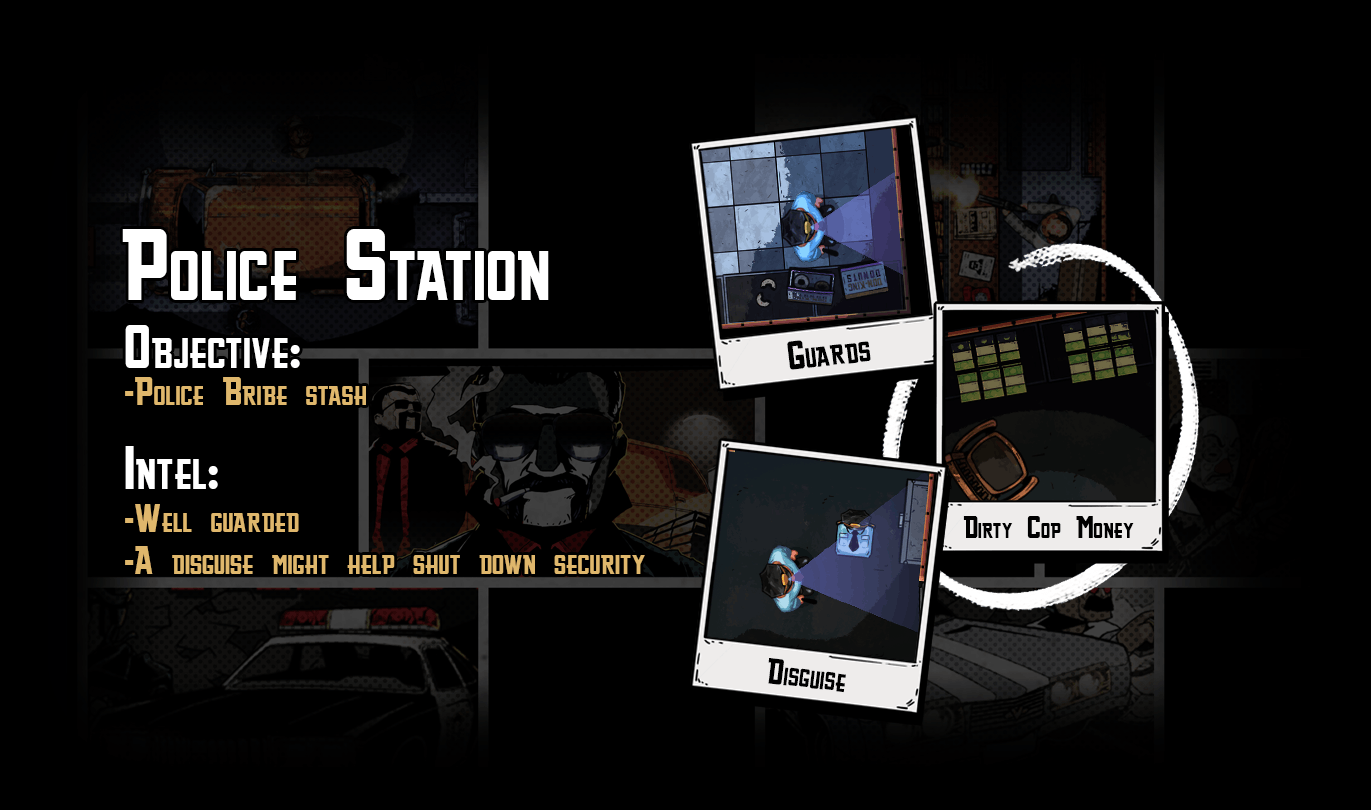 "Yes, you heard me, the Police Station. That's the one place they'd never expect us to hit!"

The Police Station might be one of the most stupid, or the most clever ideas the goons ever had. There's plenty to loot; these cops aren't exactly paragons of virtues themselves, but even then, the risks just might be too big. But of course, there are donuts.

Chaos at the cop station.