I've been busily enhancing my project for the past few months, building an animated camera sequence which should showcase my sound design work... and allow me to have fun with the Monkeylord!

After submitting this project to my university last May, I more-or-less abandoned it - and got drunk instead... Since January, however, I have resumed work on this mod, bringing it closer to what I had originally envisioned - a visual and aural environment that the player can explore, containing a combination of 'dynamic sounds' (sounds created by moving objects and specific events) and ambient sounds (sounds that exist in the world as 'background sounds'). The mod will continue to be mostly non-interactive, containing no enemies to fight, game objectives, or any other 'game element' - but will, however, feature an animated camera sequence containing a number of interesting scripted events, such as a Cybran Monkeylord (from Supreme Commander) laying waste to the Minster!

This mod remains a sound design portfolio, and I intend to use it as a demonstration of my work in sound design for games - with the desired end-result of finding games industry employment... Wish me luck!

The below screenshots should give you an idea of what to expect in the next update! 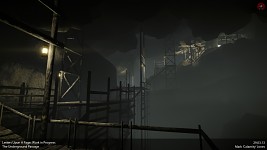 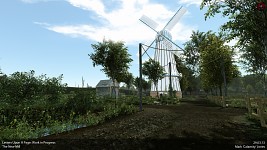 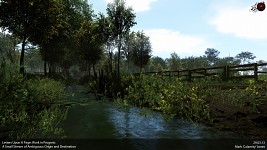 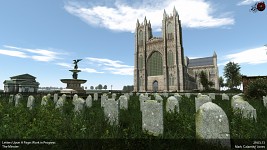 These next two screenshots show the new Cloister area, which contains the Day > Night pedestal (the Night > Day pedestal is hidden underground, just in front of the Minster). In the first screenshot, I removed a number of items, and patched up the gaping chasm in the centre for the purpose of the shot - the Cloister actually appears in-game as shown in the second image. 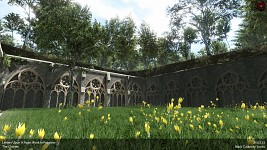 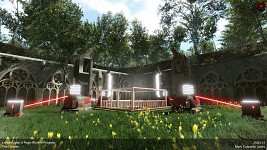 The following three screenshots show the Monkeylord in action - please note that various objects have been hidden in these images to make them slightly prettier - if indeed a giant, six-legged robot can be called 'pretty'... The last shot shows how the Monkeylord appears in the editor - you can see a number of entities, from particle effects, to sound spots, and the sequence camera to the bottom-right. 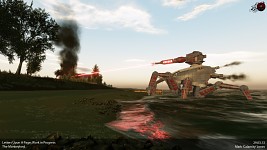 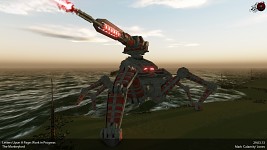 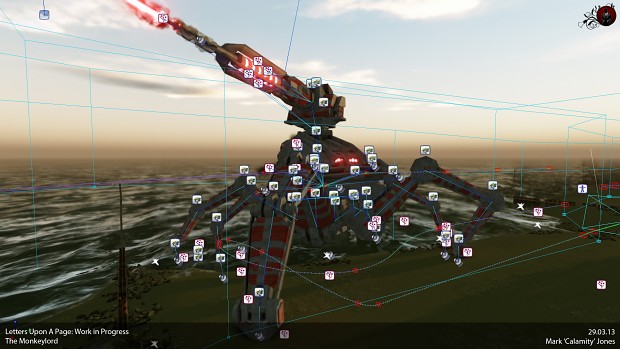 wow a spider bot. and some other things. probably a mass extractor and a power cell.

The smaller thing is supposed to be a power generator / node, and the larger thing is just something I designed myself to look 'cybranish'!

That spider bot is from Supreme Commander.

Sure is! I made the model myself, though (it's not ripped from the game), and made various changes to it :)