Post news RSS The Look and Feel of Spaceflight

A new devlog entry about changes in spacecraft physics and visuals.

Hello all. It’s been a bit of a while since out last devlog update, for which we apologize. I’ve written up an entry on general spaceflight and the changes we’re making to it from the demo to the full version.

One of the areas we’re looking to make changes in the full version of SVSH is the general look and feel of the simulation. Though we had a rough skeleton of capital ship physics and movement worked out for the demo, there are a number of modifications we’re making to motion. I’ll talk about a few today! One important change we’ve made is with respect to turn rates. In the demo, we used a pretty simple model to rotate ships. Their rotation speed would scale to the distance they had to go. While this kinda makes sense (if you have a larger distance to travel, you have more time to accelerate), it had issues. The largest of these was that huge massive ships could turn really fast if you spun the camera around and forced a large turning goal. This wasn’t ideal when we started to get into battleships, where we want the player to think about positioning and using their turrets.

Our new model takes into account ship mass and limits rotation speeds on a mass-related basis. This way we can still take advantage of smooth physics, but keep large ships rotating slowly. This is particularly cool when you fly the newest ship we’ve added to the roster - the EMPOL Blackjack battleship! This is a large, powerful vessel with heavy turrets, light turrets and cluster missiles. Check out this beautiful, and rather menacing render of it. 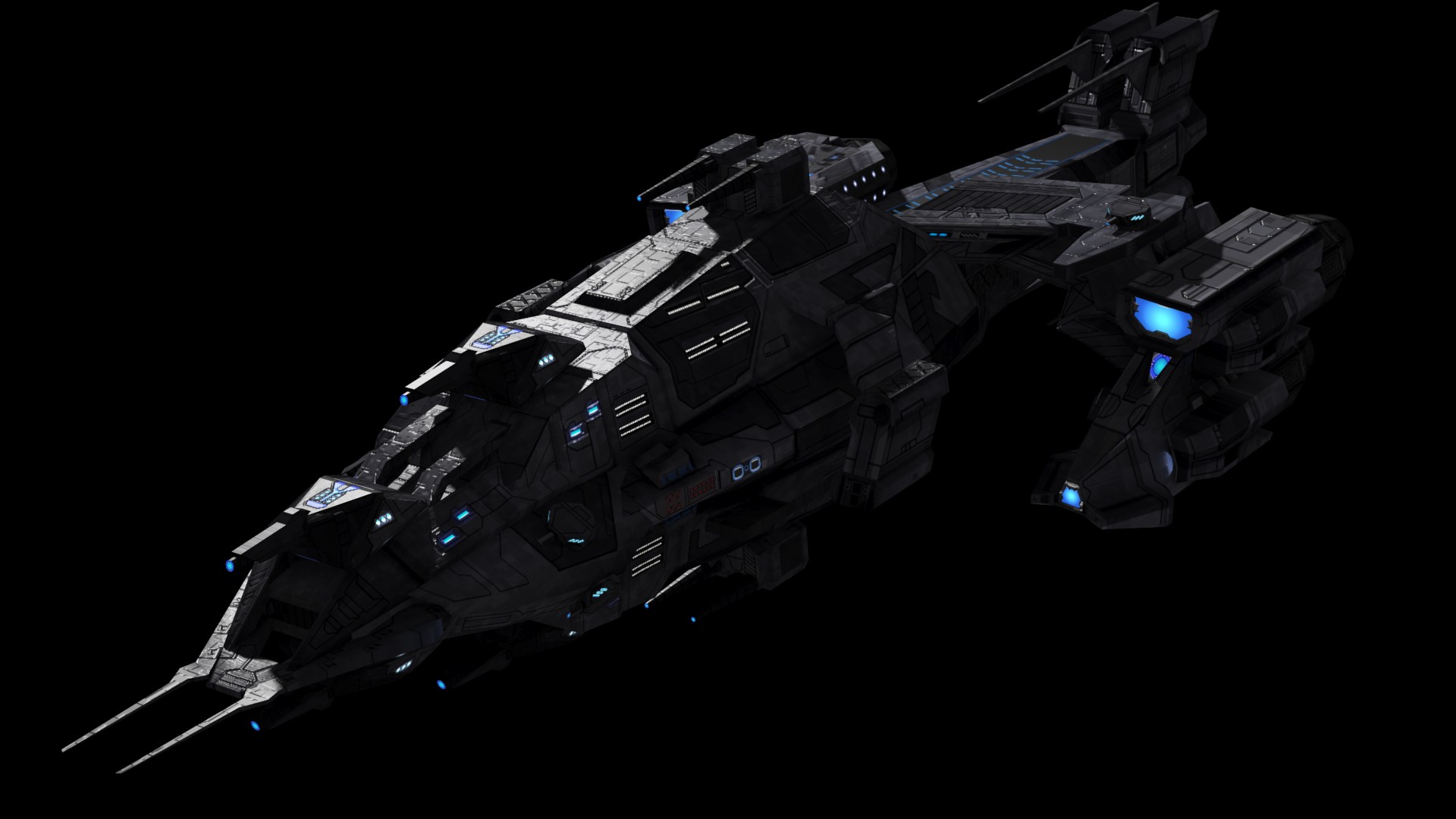 We’ve also normalized the scales and masses of all the ships, which should let us fine tune handling between ships in general. As the Blackjack is about twice the size of the Kilo class cruiser featured in the demo, it makes for a very impressive size differences. With this kind of vessel, constantly firing thrusters isn’t as useful - you need to plan your accelerations and decelerations, as it takes way too long to turn around.

Speaking of thrusters, we noted that players were often confused by the effects. We really had three times when engine effects would be drawn - when your ship was turning, when your fired thrusters, and when the engine boost was activated. The latter was easy enough to differentiate with a fancy particle effect, but players had limited feedback when they fired thrusters. Now, we’ve added additional particle effects to show the differences between turning and firing thrusters (shown below). 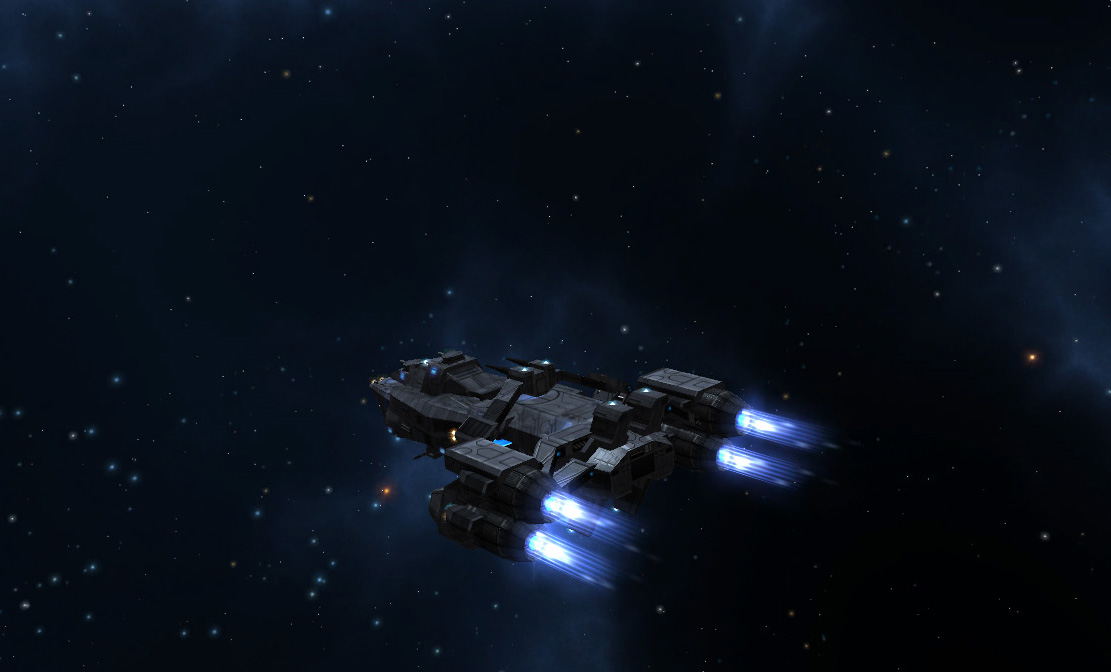 Another important change we’ve made is to the collisions between ships. Now, shields no longer collide with ships. This greatly improves the feel of collisions - when you crash into an object or ship, it doesn’t seem like it’s bouncing off an invisible wall. We’ll be adding some satisfying crunch sounds to this as well. It also makes collisions more damaging, as they aren’t buffered by shields.

Oh, and ships with large bubble shields are now technically vulnerably to attacks from inside their shields!

We’ve also upgraded the materials for our ships. Better specular and self-illumination handling improve the look of ships - giving them a nice metal sheen. This looks particularly nice at high angles to the map’s sun.

If you look not-so closely in that screenshot, you can see something else we’ve been working on quite extensively - a new, better, interface. We’ll be showing it off and talking about some of its improvements in an upcoming blog entry or two.

In the future, we’re going to try to regularize these devlog updates to Mondays. So, check back next Monday for more goodies!

I just installed the demo. When zooming in and out with mouse wheel there was a period in between where the camera would 'scoll' up or down.

Ships look great and the new UI is a great improvement from the little I've seen.

I should add this was while zooming within the battle planning hub (bottom right?)

There may be some wonky transitions in between those modes in the demo. I can generally say that the code to handle those things has been rebuilt from the ground up for the beta - and such things should no longer occur.

This is a great game. I was just about to play it when i saw this :P!