Attention brothers!: if your looking to kill some zombies. Check this out Armorgames.com Con Artist made a new mass multyplayer game called Dead Zone. Its about establishing your own base and compound. Eventually as u go up in ranks u can also recrute survivors of the dead zone to be a part of your faction, you must arm them, feed them, scavange and provide security around ur base from zombie raids and other players. Lots of weapons, Lots of upgrades! lots of gears. More stuff comming aswell since Con released this game not long ago, about 3-4 weeks ago.

Once again the link is here -Salut!
Armorgames.com 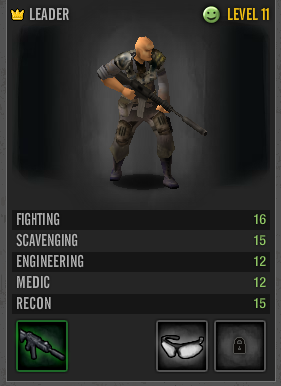 This is me btw. Ready with my upgraded ''Abakan'' as i call it ;P