The Last Sorrow is now available to try out for the first time! Fight your way through 4 difficult and unforgiving levels and escape the Ancient Fortress....

So as you can probably tell this is the first release in a while for me. I've been a bit preoccupied with my Itch.io page for a while, so I thought I'd release my new game's prototype here too for a change.

The game is called The Last Sorrow. It's kind of a Hack n Slash, Dungeon Crawler type game with a focus on Simple yet difficult combat. For the Prototype itself, I've included 4 levels from a much larger and more intricate Area. The levels are quite straightforward, with simple (kind of) enemies. And finally there's a BOSS (as seen below) 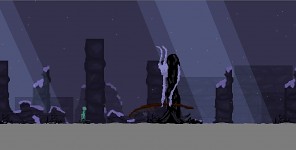 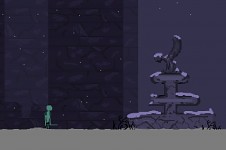 Here are some tips for the Prototype itself :

- Take your time with the combat. If you don't use your shield you will die quite fast. So try balance out the combination of sword and shield.

- Your health goes back to full at the start of each section. This is just to keep people playing for now, but will be removed in the future.

- As for the Boss. He can incredibly tricky and unfair at first. Try and learn his patterns and be patient. He's a lot easier than he appears to be.

Also, if you like be sure to check out my Itchio page for my other Prototypes/Free Games!

Be sure to send some feedback my way in the Comments or at my Twitter!