Updated july the 23, i suggest everyone to download this version when you read this - it adds the custom settlements to the mod, as i figured now that WotN has them - this mod should too! People might want to play with them instead of with vanilla settlements. So, this is now 3.08, but it doesn't have new units or new rosters - that will be 3.09 or 4.0.

Install in two ways if you have the CD-version:

1. Just extract the downloaded RAR-file using a program like WINRAR (it's free, just search for it on google and download it and install) and after that go inside of the downloaded folder and cut the folder inside of it (with the same name) out from that folder and just place it inside of your \SEGA\Medieval II Total War\mods-folder.

Start the mod by clicking the bat-file with the name "Execute.bat" - NOT the "pagan Normans" or "Baptized Normans"-ones. I don't know if they work with my additions. Use the executive to be safe!

2. The other option, and this is if your game is unstable - install TLK version 3.06 first, and then remove the folder from your mods-folder and place this one in instead. But i think the first option should work fine for most.

- all custom settlements added to the mod, and includes a few more than in WotN: The Baltic - also has all the "Barbarian/Viking" buildable buildings implemented unlike WotN where i didn't bother to include more than the viking temples and longhouses. 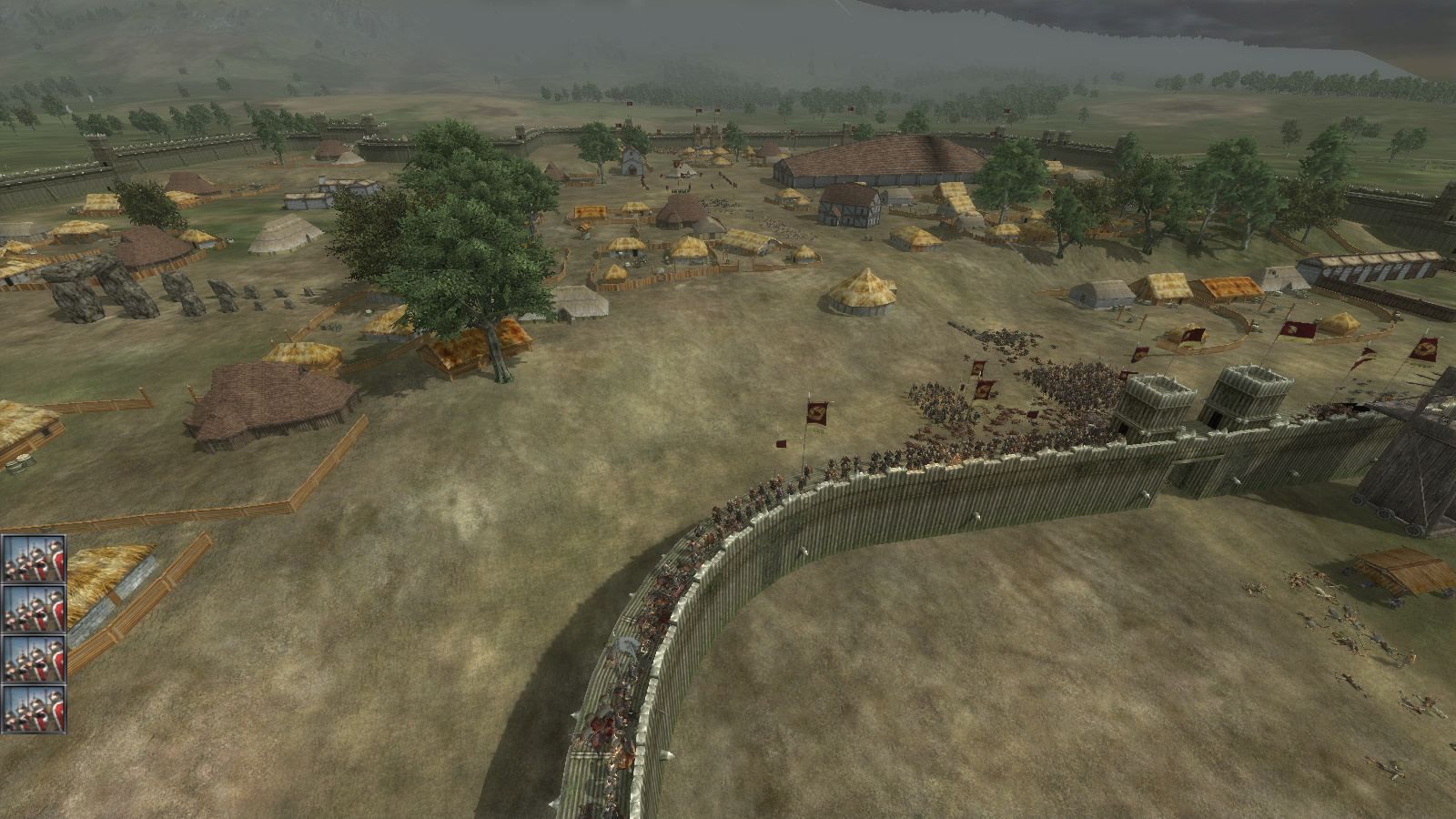 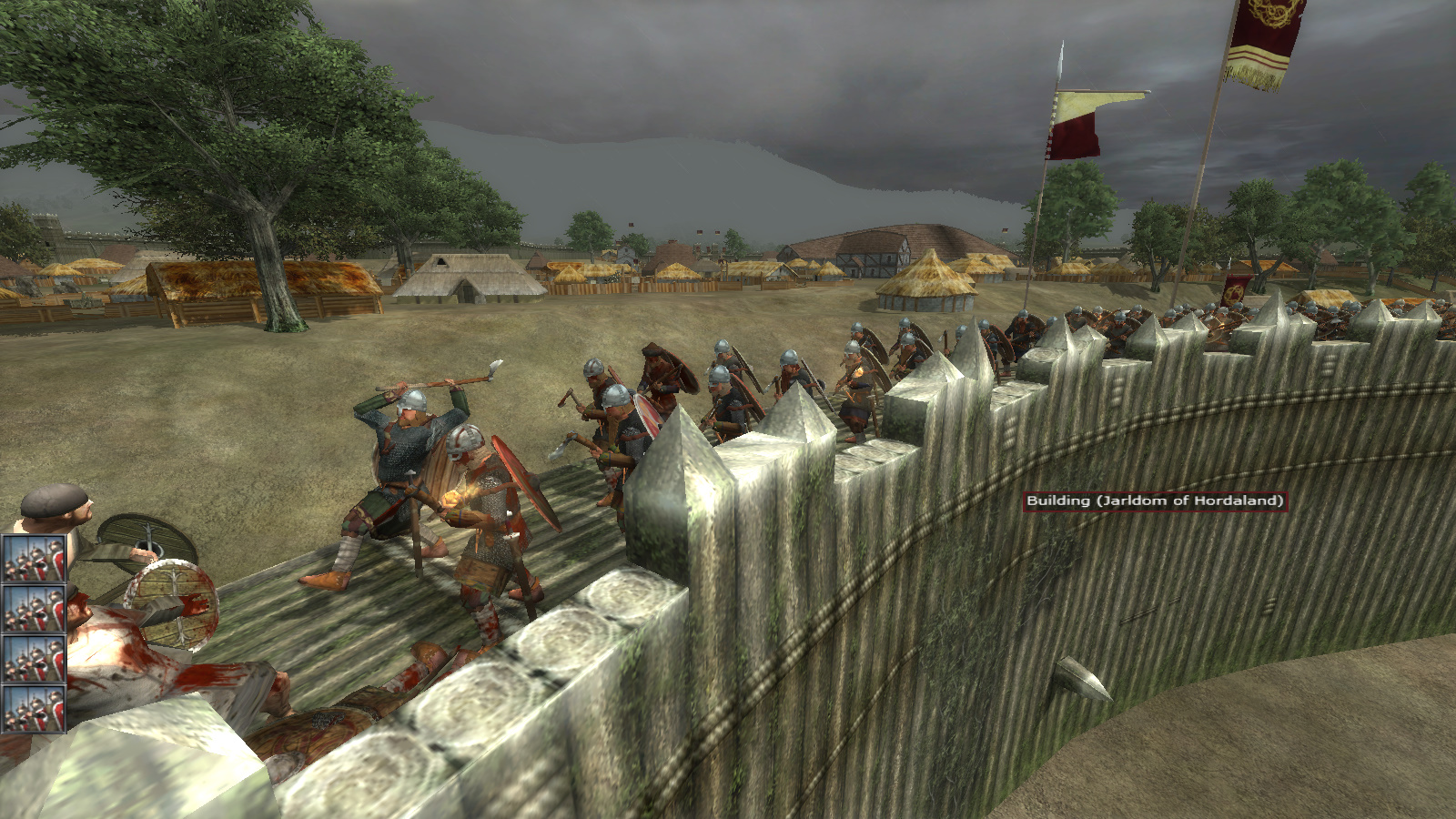 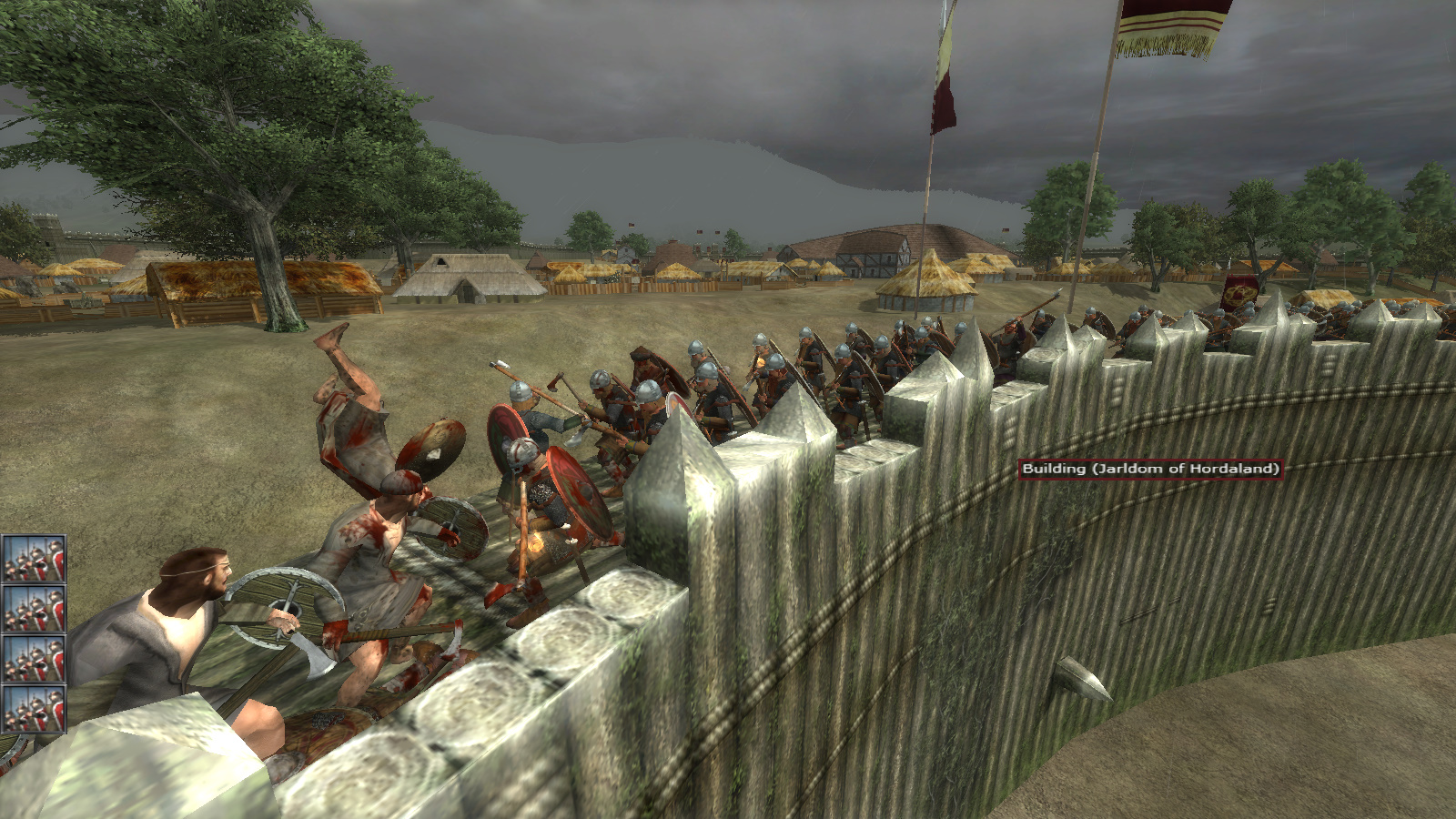 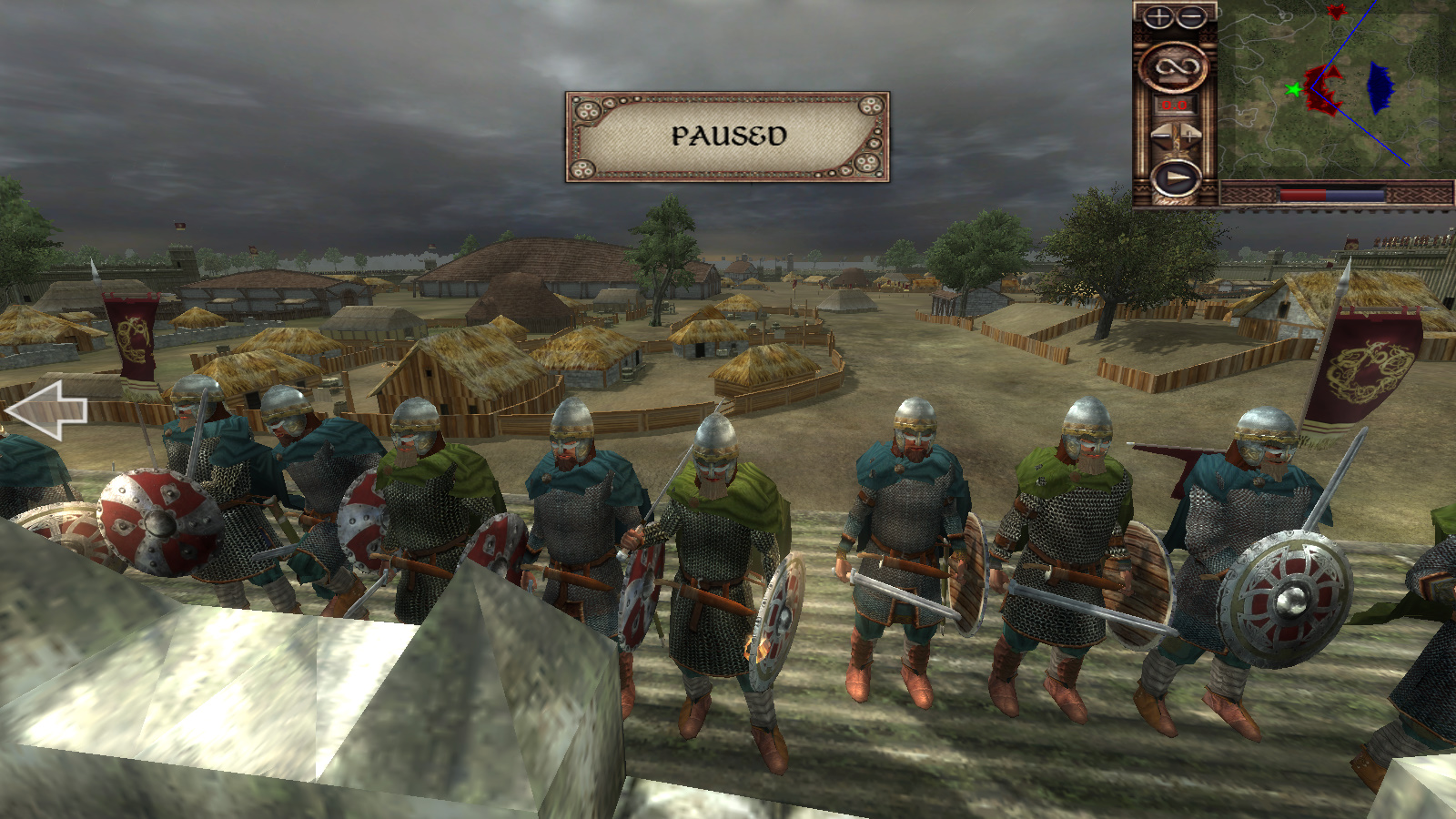 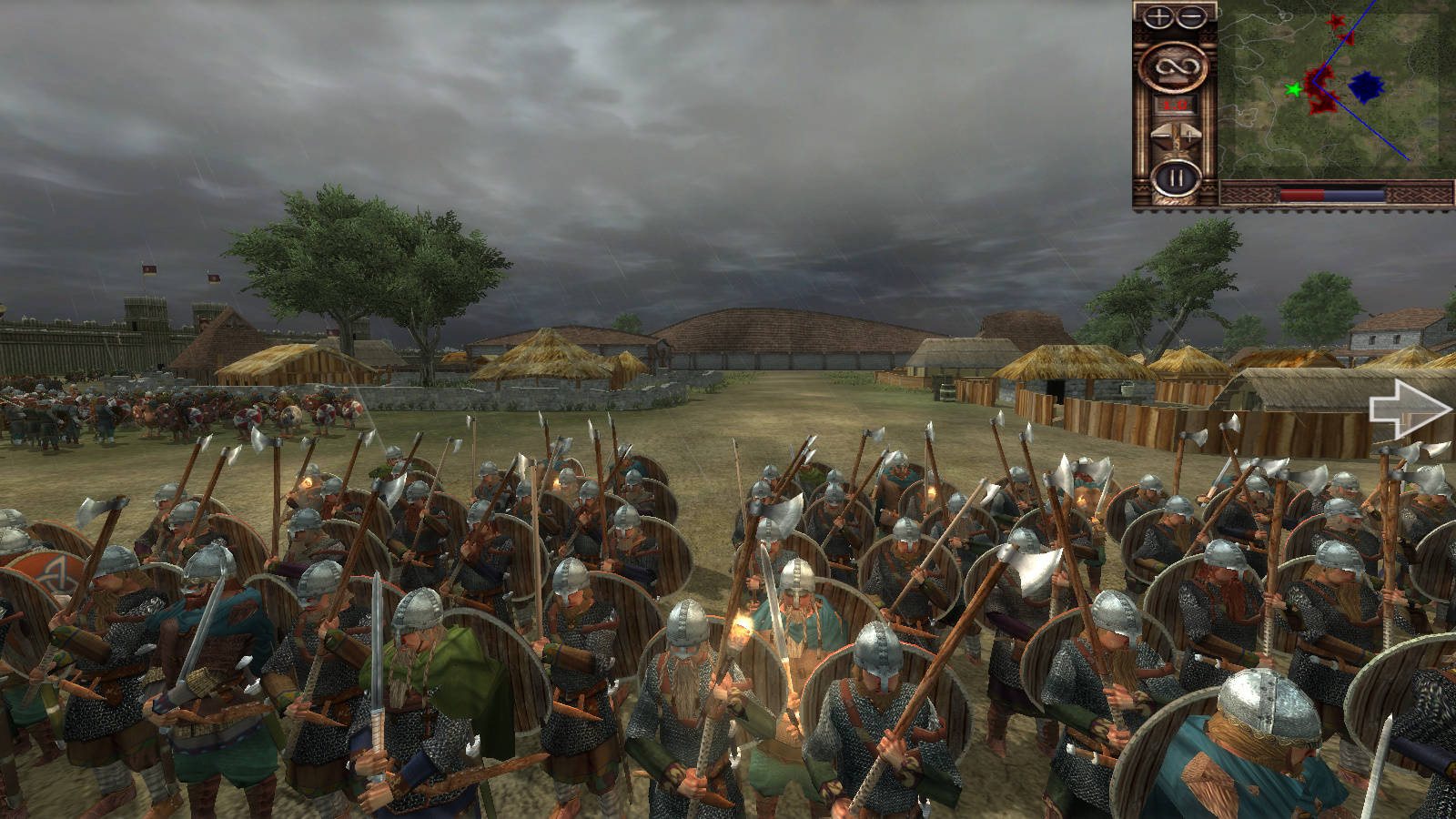 - I myself (Mr_Nygren) did all the implementation of the settlements.

- Rhaymo allows the use of DBM assets in other mods - alas i have permission to use the custom settlements.

- I am working on a real update, but wanted this out now in case i mess up. At least then i won't have to re-do everything!

- WotN-animations merged with TLK-animations - which means all WotN animations are now included in TLK:WotN Expansion.

- Replaced the Frankish units in the "German Rebels"-stacks with actual Flemish, Lombard, German etc units. No more cavalry nor other Frankish units for them.

- Denmark army now starts in Britain next to East Anglia.

- Hordaland now has it's army in Ireland based in Dublin.

- Vestfold now has two armies in Scotland in the territories which they had historically.

- All factions but the Magyars start out with ships - this means the Vikings will settle Iceland at around turn 30.

- Fixed a bug were the Celtic Hunters didn't hold their bow correctly.

- New music for all factions/cultures - mainly taken from my WotN-music-mod, from the Unofficial 4.0 patch and from DBM. But i have edited all the songs and only taken what i wanted from DBM and the Unofficial Patch. Most of their songs aren't in use. The Kingdom of Gwynedd got some extra work made on their stuff. Nothing new but the music for Gwynedd, Munster/Connach and Alba - in this release at least. 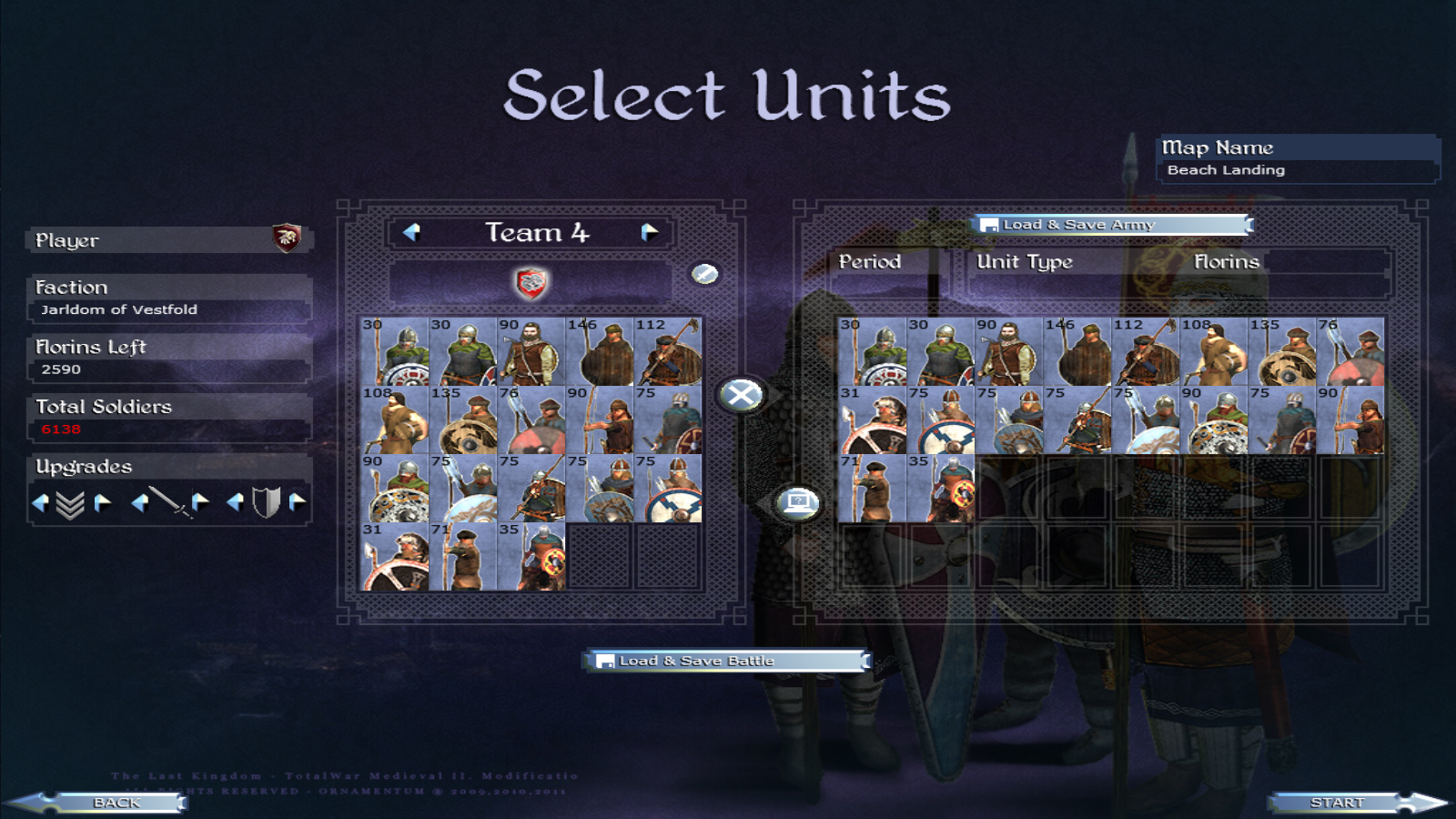 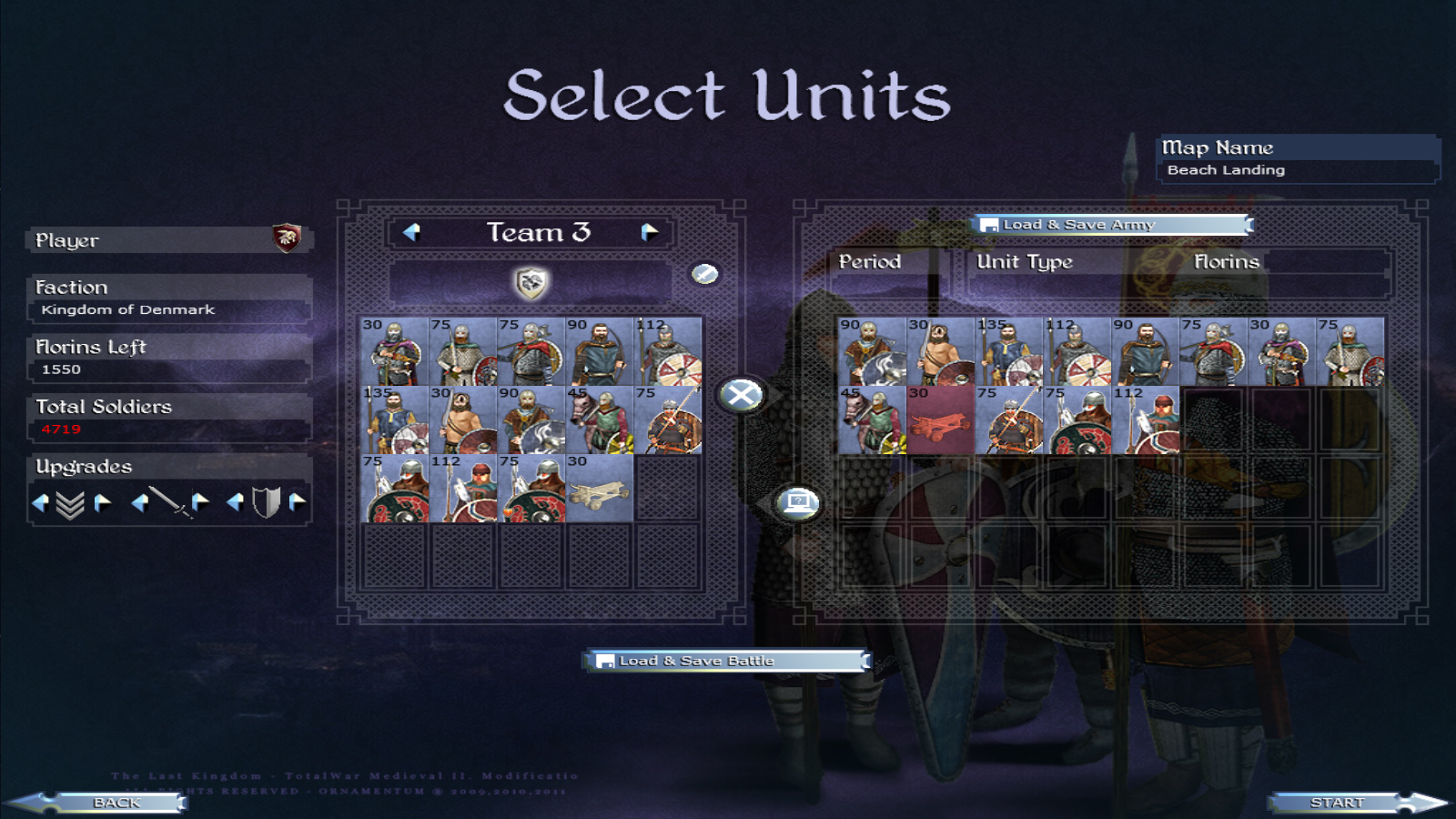 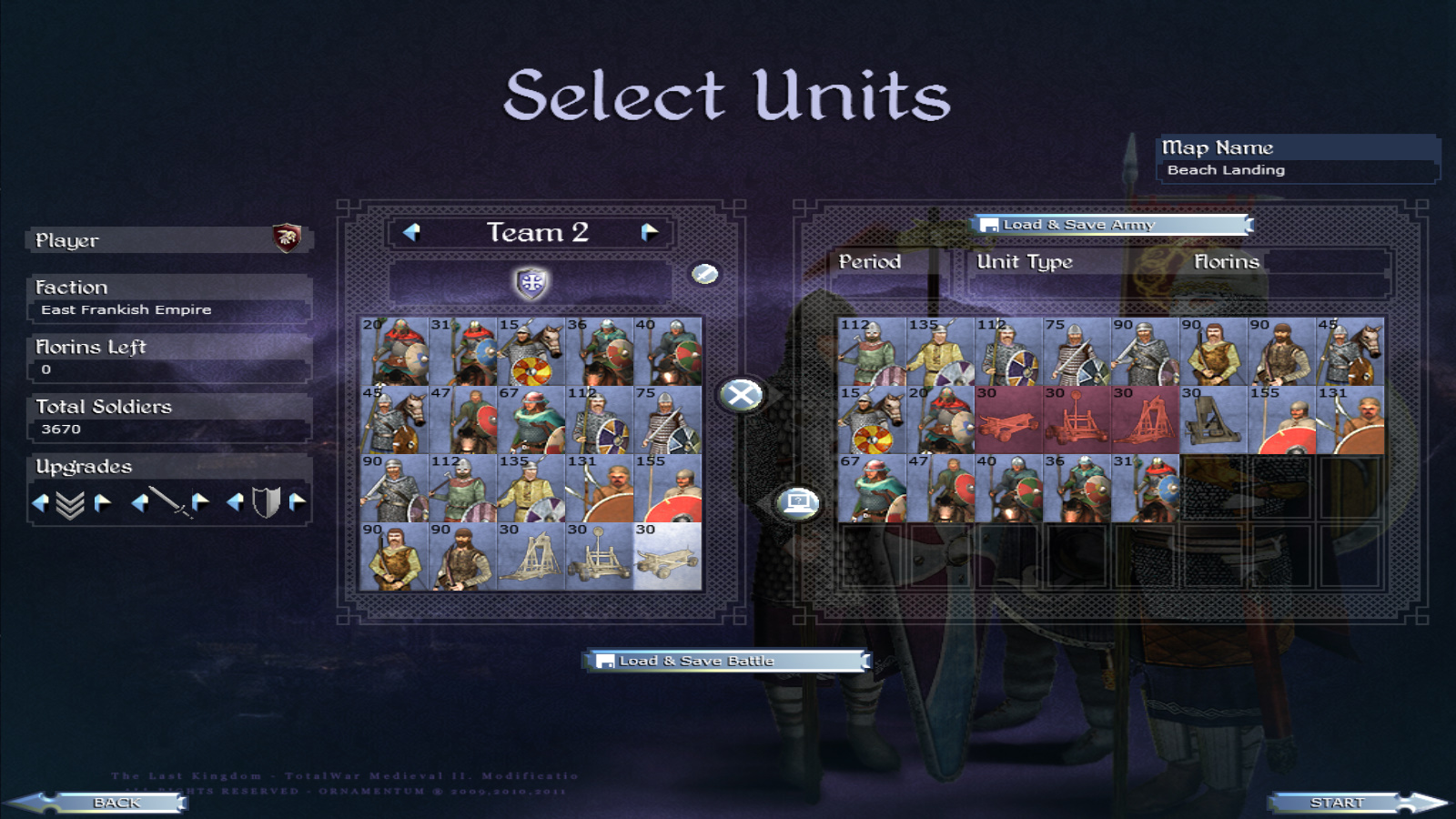 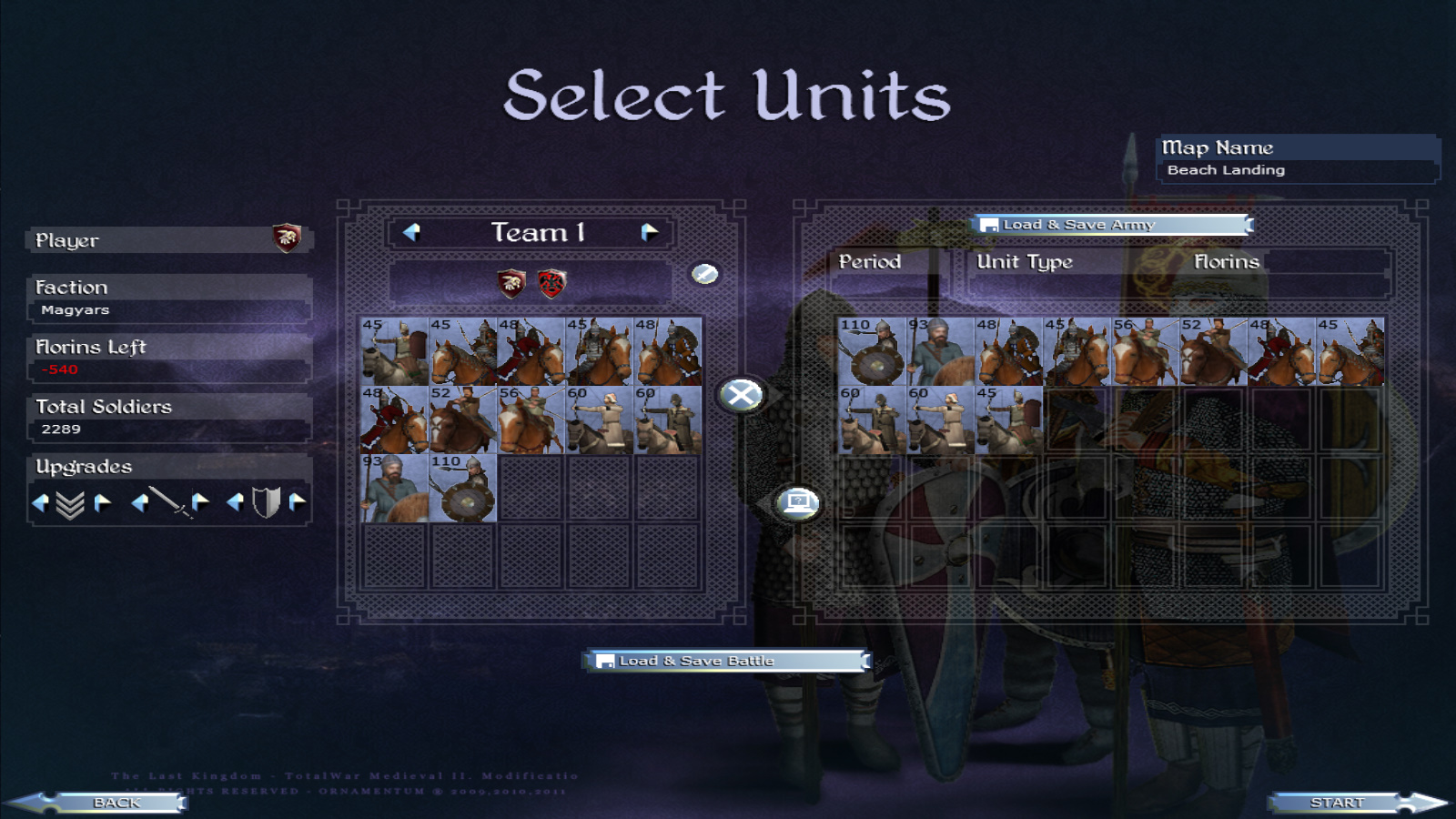 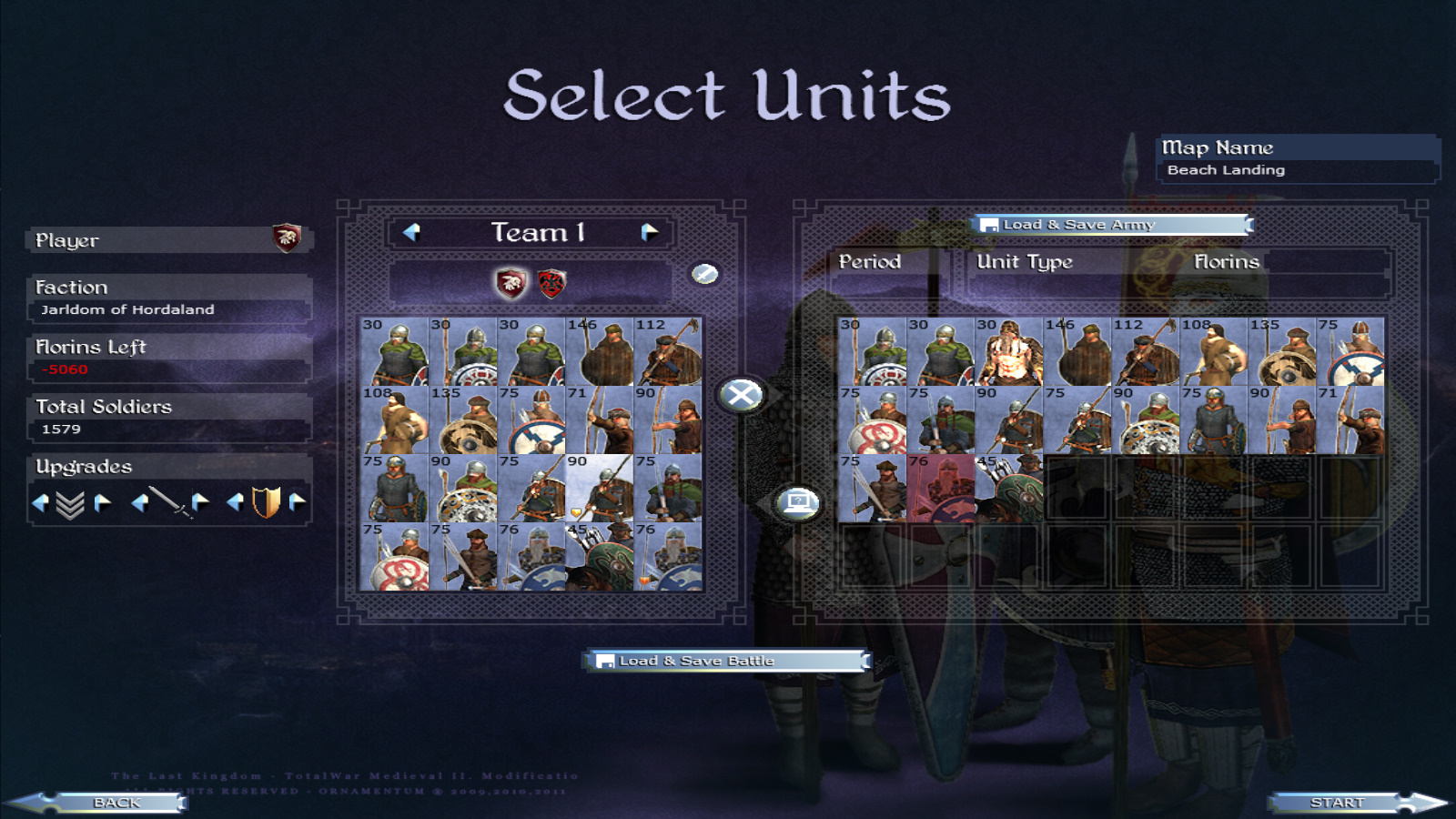 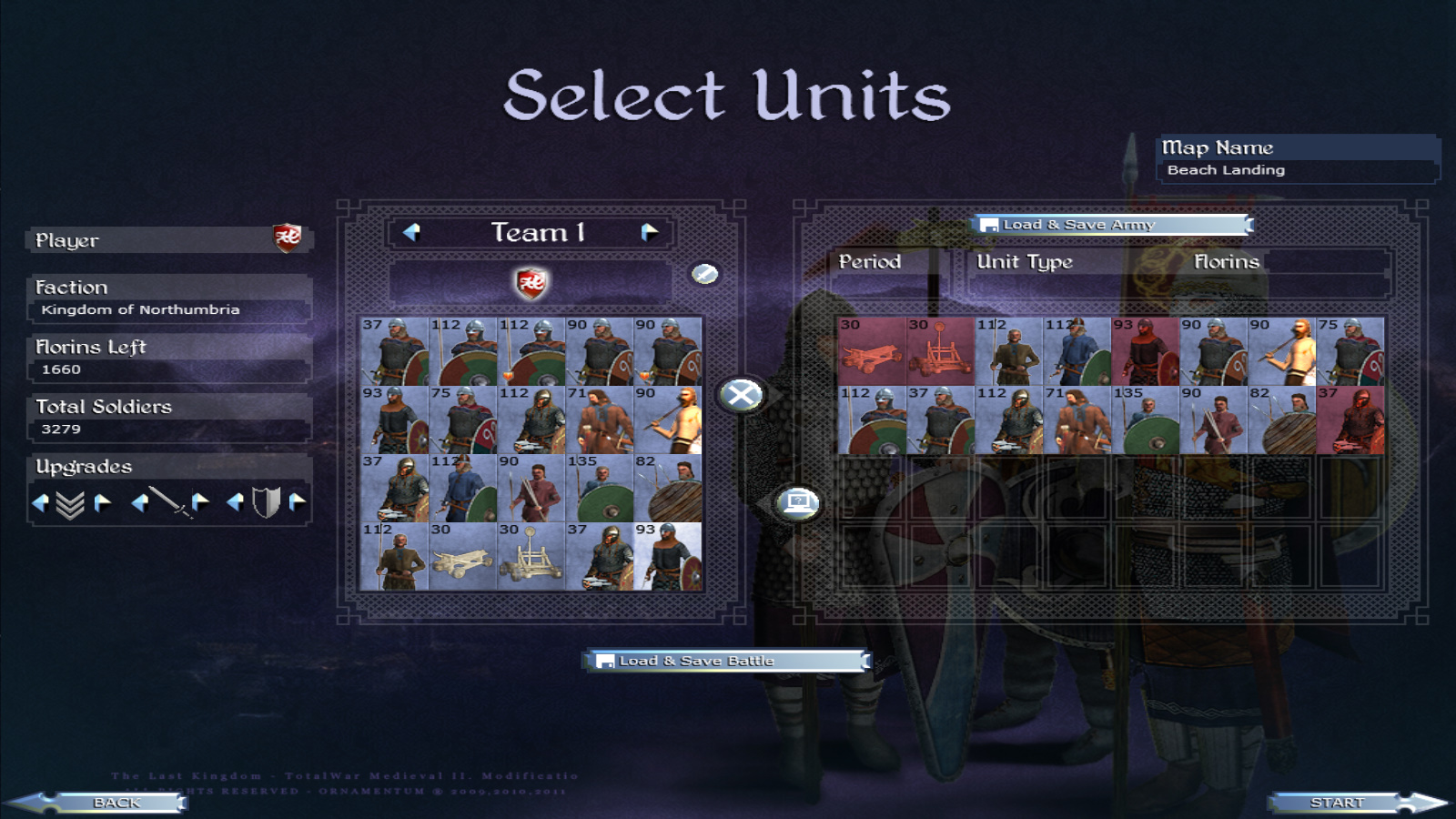 - There is a similiar system for the Viking-factions - if any Viking faction holds the other two factions territories they can recruit all of that factions unique troops - the Norse also has the Unification script as an alternative option. When Hordaland and Vestfold are united they also get all standing armies - but i was not sure about if they could recruit those faction-specific troops. But now they can, and therefore you as a player will have a reason to conquer the other Viking factions before going to Britain. The Swedish rebels have like five unique Swedish Viking-troops - they can all be recruitable if you conquer skara and that other Swedish settlement - and after that build the correct building. But be warned: I gave them huge garrisons to represent them being a faction of their own - Svitjod/Svea and Gautland in a mix - Gautland was conquered by Svitjod soon after anyway. And unfortunately Svitjod wasn't on the map, but Gautland was.

- Balanced all the WotN-units so that they are very well balanced based on the system in TLK - with the Real Combat-mod active. You will not have factions that are overpowered or underpowered - they are as they should be historically. While the strongest units may be the Magyar Horsemen - they are a spawning faction with no territories unlike their enemies the Franks among others - they needed to have the best units as they otherwise would stand no chance against factions with developed economies and many settlements. But they are beatable so they´re not overpowered. Makes sense that mounted troops are superior to dismounted ones - and while the Francs and Normans do have mounted knights - they don't have horse archers. 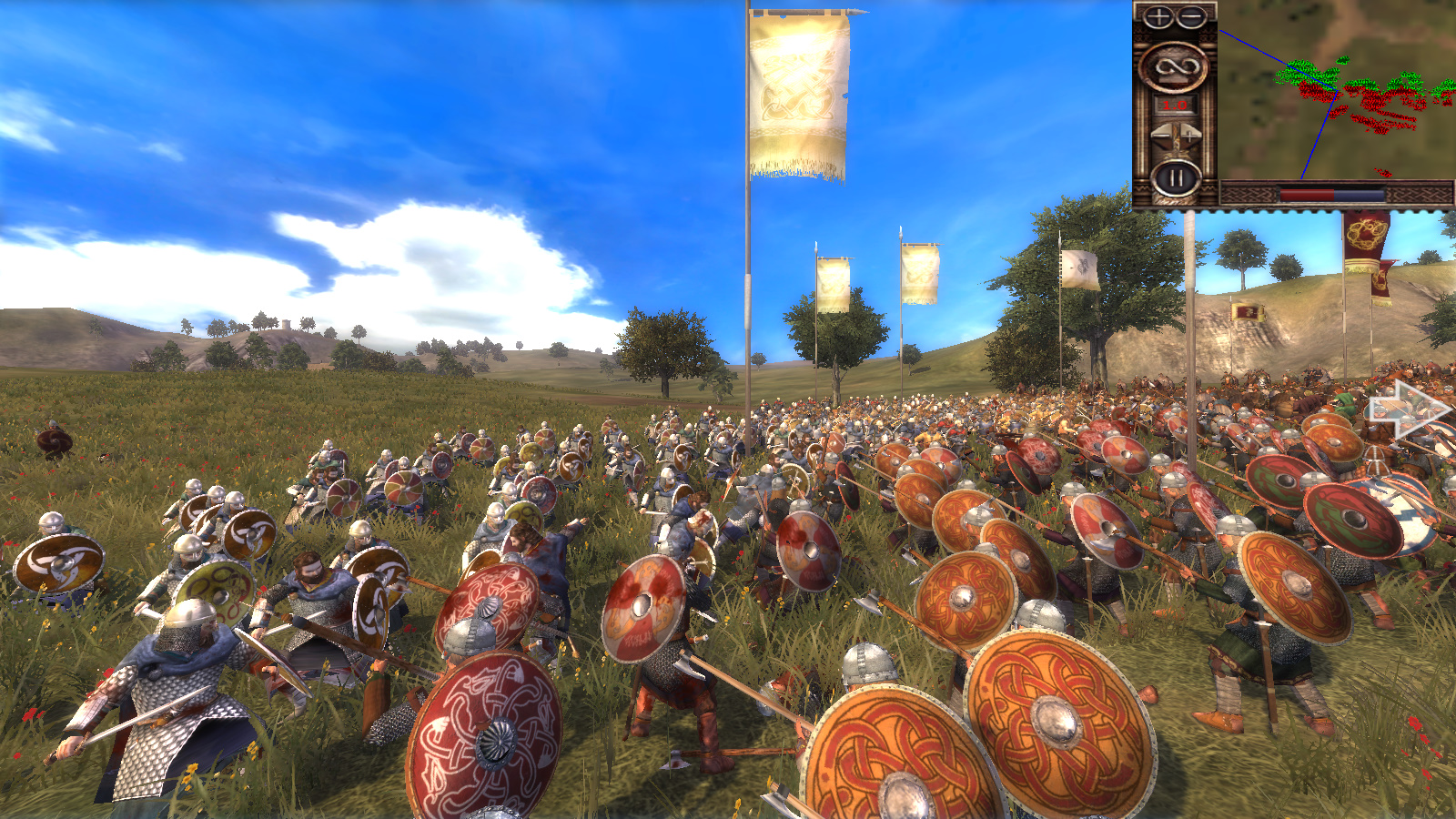 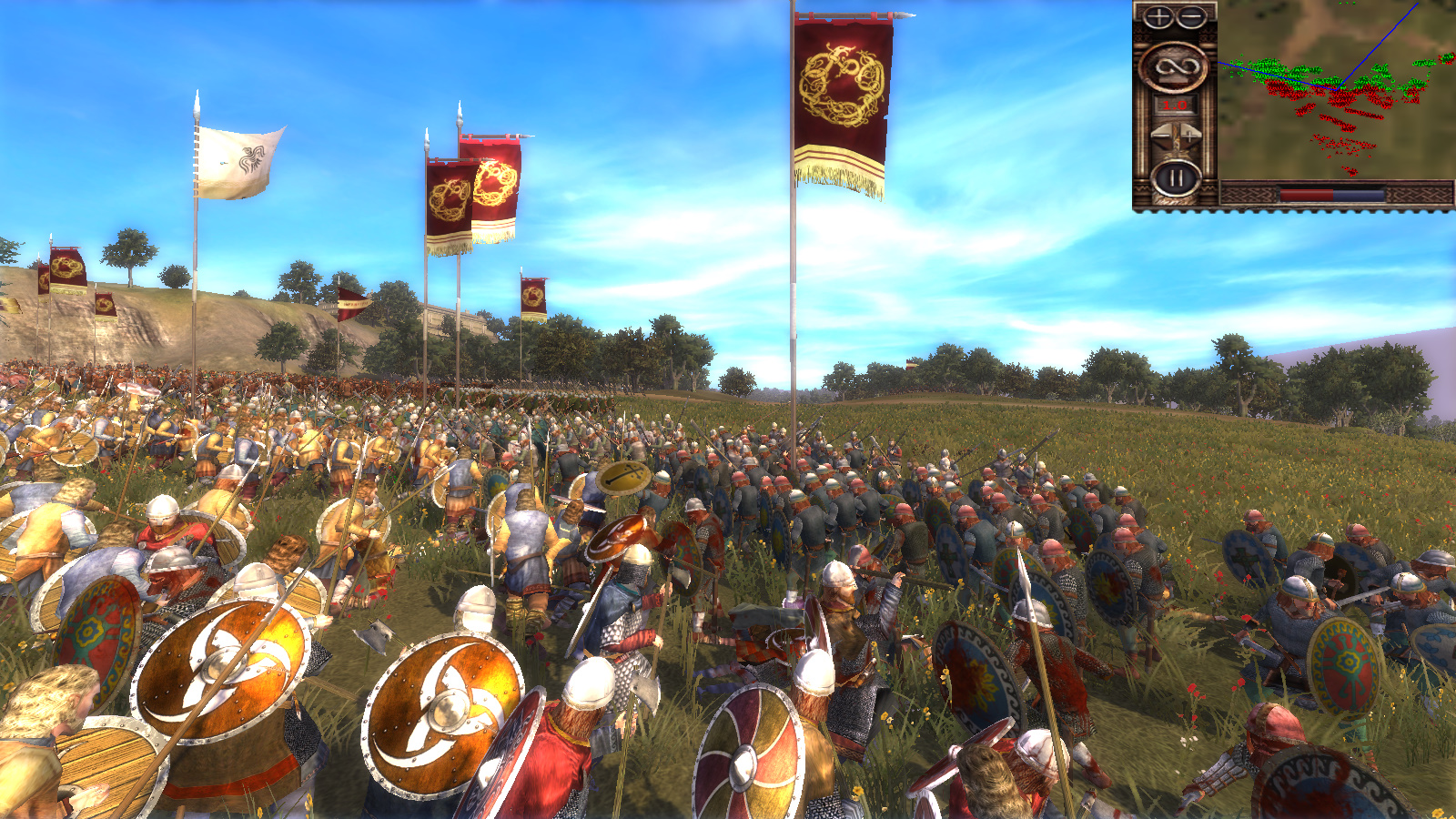 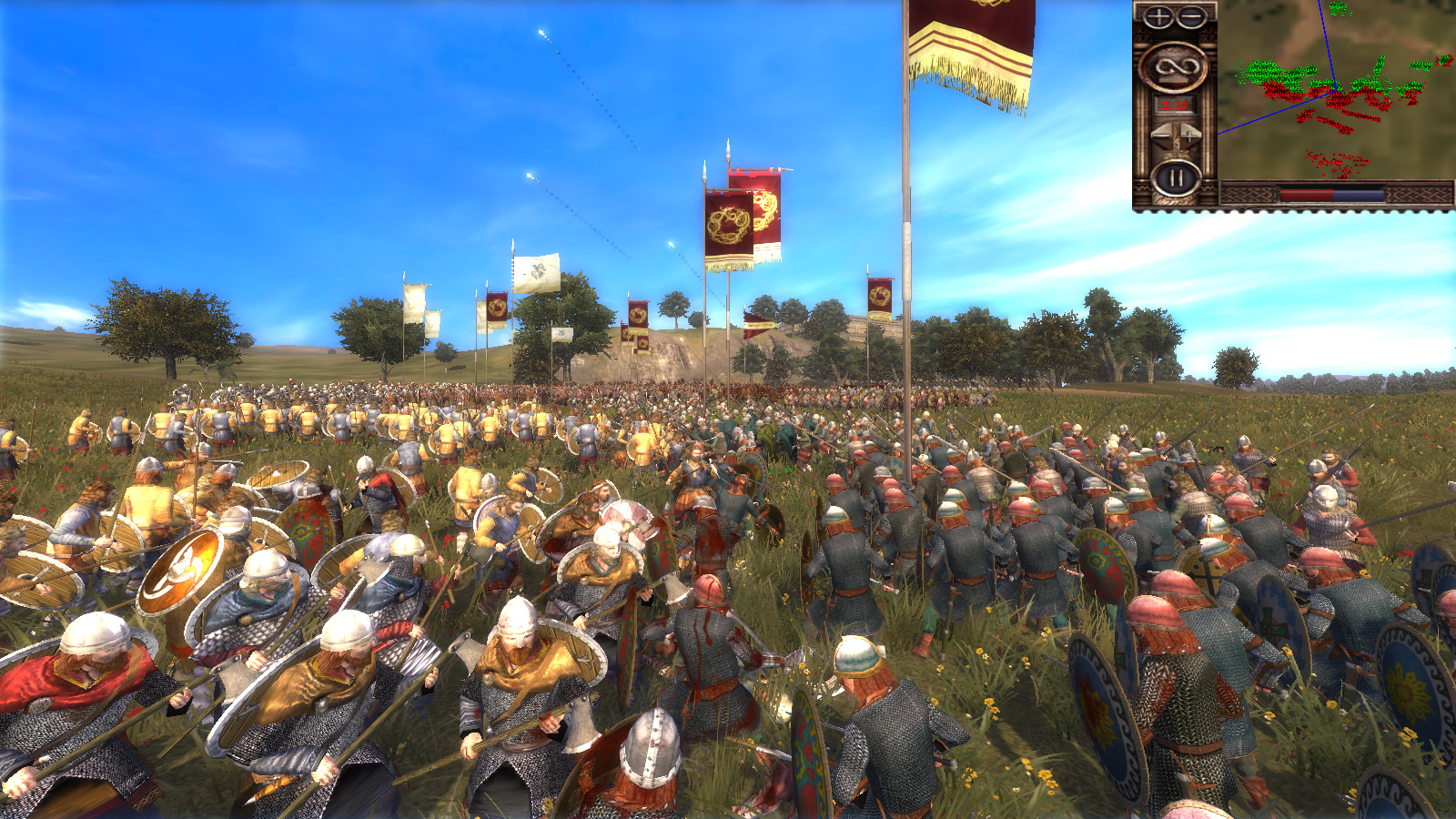 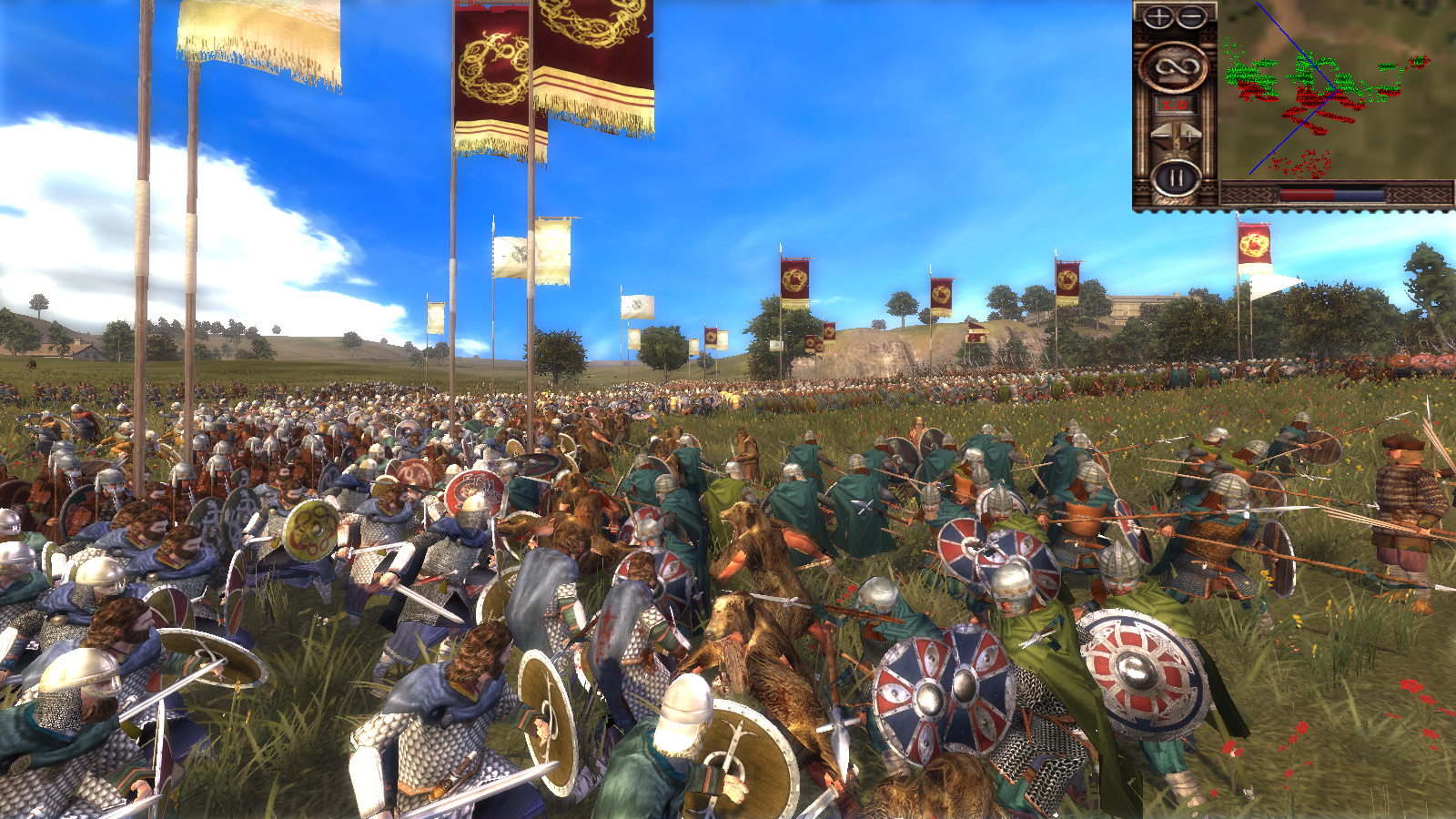 - Fixed alot of minor bugs and errors, as well as implemented the whole Unofficial Patch 4.0 manually ontop of my mod by myself - using the tool Total Commander to compare my files with Wino's - as he recommended.

- Added troops to starting positions in the descr_strat, the scripts and the rebel_factions-file - you will have more varied armies from the start - and there are many different kinds of rebels not there previously.

All the factions can build Ballistas if they build a siege-building - but only the cities starting as highly developed cities are able to build Catapults - this means they are restricted to Saxon and Frank-territories - and the only possible way to get a catapult for barbarians and Vikings will be by conquering those highly developed cities. The same rule applies to Trebuchets and Mangonels - the last which i added to the Franks. But in these cases it is even more rare to get across these siege engines - you'll need to conquer one of the big frankish cities! Saxons doesn't have the skill to create Trebuchets and Mangonels in this early era - it's a Frankish Empire-only thing. But everyone who holds one of their key-cities, such as Aachen, Paris or that third one - can create these siege engines.

- Added Swedish accents for Viking factions - 1700 Empire:TW-style - didn't fit the stratmap very well but works - on the battle-map it is much better because they still say the same insults as in Medieval II.

I am sure i did more but this is what i remember currently right off the tip of my head - i have been working on the mod for at least four and a half full weeks (including evenings) like 17h/7- i hope you guys will enjoy it. It feels pretty complete, were it not for a few unit portraits that needs to be fixed - they are currently using placeholders.

I played it for a few hours in hotseat and it worked great - i have played it with auto-resolve in an older version from last summer for over 500 turns. But this is a new version and i haven't played one single long campaign by autoresolving. But i think it should work fine! Remember that i use the CD-version - don't ask me for help with Steam - but it should be compatible with steam also. But i only help if you are using the CD-version.

I made this submod only by myself- but there are some people who deserves both credit and mentioning:

Danova & team - For the base TLK-MOD!

Absinthia - for the WotN-units such as the Franks, the Northumbrians and the new Vikings - also a thank you to Leif Ericsson for the Vigamenn - Absinthia and Horsa were fine with me using the units, as i am also a developer on WotN currenly - and they told me that Leif would probably be more upset than happy if i didn't include his unit (the Vigamenn) also. I guess i was fine with Absinthia giving thumbs up on that one. TLK and WotN were created by different teams around the same time period - and i know about Horsa and Danova having a sharing agreement which we are playing upon in WotN: Grand Campaign.

Thanks to Heathen Storm also if you have done anything on the units.

But mostly, this was all Absinthias work and he should have credit for the bigger part of the rosters.

Thanks to Darius - for allowing me to use parts of East of Rome: Danube Limes in Wrath of the Norsemen - as this is an "expansion" in the middle of the two WotN-releases - with a clear WotN-connection - i assume this was fine as well - because i got permission for the big one. And this is the same thing but set only in Britain and smaller parts of Europe. Thanks for allowing the use.

Then i wanna thank Wino - for his advice on using Total Commander to help me add his changes on-top of my own submod - thanks man! Would have been very hard without that program.

Thanks to crosscheck86 for his "Swedish Accents"-modification - which i added in with permission from him, and which adds Swedish voices to the Norsemen and Danes! There were no Danish nor Norwegian voices to be found. And it suits the Swedish rebels well.

And finally to Rhaymo, the creator of DBM - for using some of the music of his mod. Not that he ownes the music but it was still in use in his mod.

I wanna thank Derek Fiechter, an artist - for letting me use his song "Celtic Music Instrumental - Avalon" in the mod - on condition of mentioning him.

Amazing. Does your unofficial patch make the CAI more aggressive? I always found TLK CAI to rather passive :/

This is a sub-mod, not a patch - the unofficial patch was added on-top of my submod - and it's made by Wino originally but i added it manually - which means i did all the work on this version regarding the patch, but with help from his work as i could see what changes he did make and made the same changes myself.

No, it doesn't change the AI.

Thanks for your support =).

Is there any way I can add my own music to this mod? I'd really like to add some Viking themed songs, would it work if I just copied the tracks inside the mod's sounds folder as .mp3?
Although I have no idea how it would differentiate between "battle music" and others...

You need to look that up on the forums. It is possible, as i myself did it - but it's not that easy.

Fantastic job with the mod really appreciate all the work you've done. With that said, I've been trying to play this on my mac, and everything seems to work except for battles and loading campaigns. When I go into a battle, or click continue campaign, the game crashes and i receive an error code = 316. Was hoping if you could help.