Well we did it the Kickstarter is finally up and we are ready for your support!!! 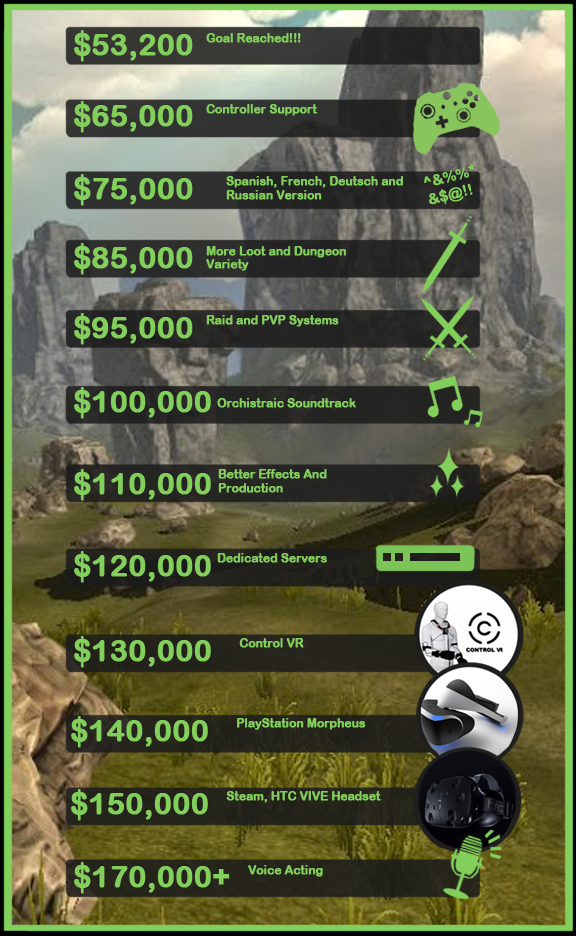 Well we did it guys the kickstarter is finally up and we drug our feet along but we finally did it, spread the word as much as you can so we can get this project rolling and downloaded on your computer as fast as possible. We hope to see you guys readily supporting us because we plan to release a great game. Are you sick and tired of wasting 60+ dollars on a video game you can literally destroy in two days time? Or tired of playing the same old game just reskinned and repackaged? The change is here and its name is Aylus: Exiled Dominion by Dark Ice Studios. A revolutionary new PC game that utilizes the latest technologies like Oculus Rift and Pixologic Zbrush in its development and implementation! The game itself is a RPG with a server based multiplayer that allows for nearly 200 people to join your game and explore the vast worlds. Sporting a unique one of a kind Vigor System and an in-depth leveling system that would rival games like World of Warcraft, Final Fantasy, and Star Wars. Look no further, the game supports the Oculus Rift and can be played on PC like most RPG games. If you're tired of the same old games, then help us now by supporting our Kickstarter page. Be one of the first to help build an industry changing, revolutionary new game!