Post news RSS The journey of a game trying to go from bad to... well, not so bad (Part 1)

Introduction to a game blog including the ups and downs of being a part time first person horror developer ... the probably most uninnovative genre there is.

In 2014, a 21 year old Computer scientist student thought to himself: If I only had an idea that wouldn't require too many ressources but still tells a memorable story, I would definitely be making a game.

While this is a common thought among gamers, I think – looking at where my project is now and how little time I had sometimes... yeah, I've definitely lost my sanity.

Back then I used to be a full time twitch streamer – spending about 60 hours per week into optimizing, networking, promotion and more this was an absolute impossibility …

Well – I guess this couldn't stop me.

I had some experience in working with game engines as I started looking into these things when I was 13.
Acknex Engine 5 aka „3D Gamestudio A5“ was what I started with.
An engine supporting Lite-C and heck, I had no idea of what programming even was back then – but I had fun designing worlds and thinking about possible ideas.

Over the next 9 years I looked at Irrlicht, Cryengine 2 & 3, Unreal 3 and Unity.

Inbetween were a couple of attempts in actually trying to make a game with friends... but none of these were serious and were dropped again rather quickly.

I was certain that I wanted to make a horror game.

I wanted to make a game that was meant to make the player feel helpless.
Little did I know that this idea was THIS popular …

That the effort was rather small compared to other games was something I just figured out for myself.

At one point I had an idea – and it didn't take long to come up with a story that would fit just perfectly.

A story that splits depending on your actions – how hard would it be to make something like this?
(I'd love to explain this even more, but as I am still sticking to that idea, I can't really explain it here)

I started taking my first steps in unity.
A lot of assets were free and the engine was alright visually. 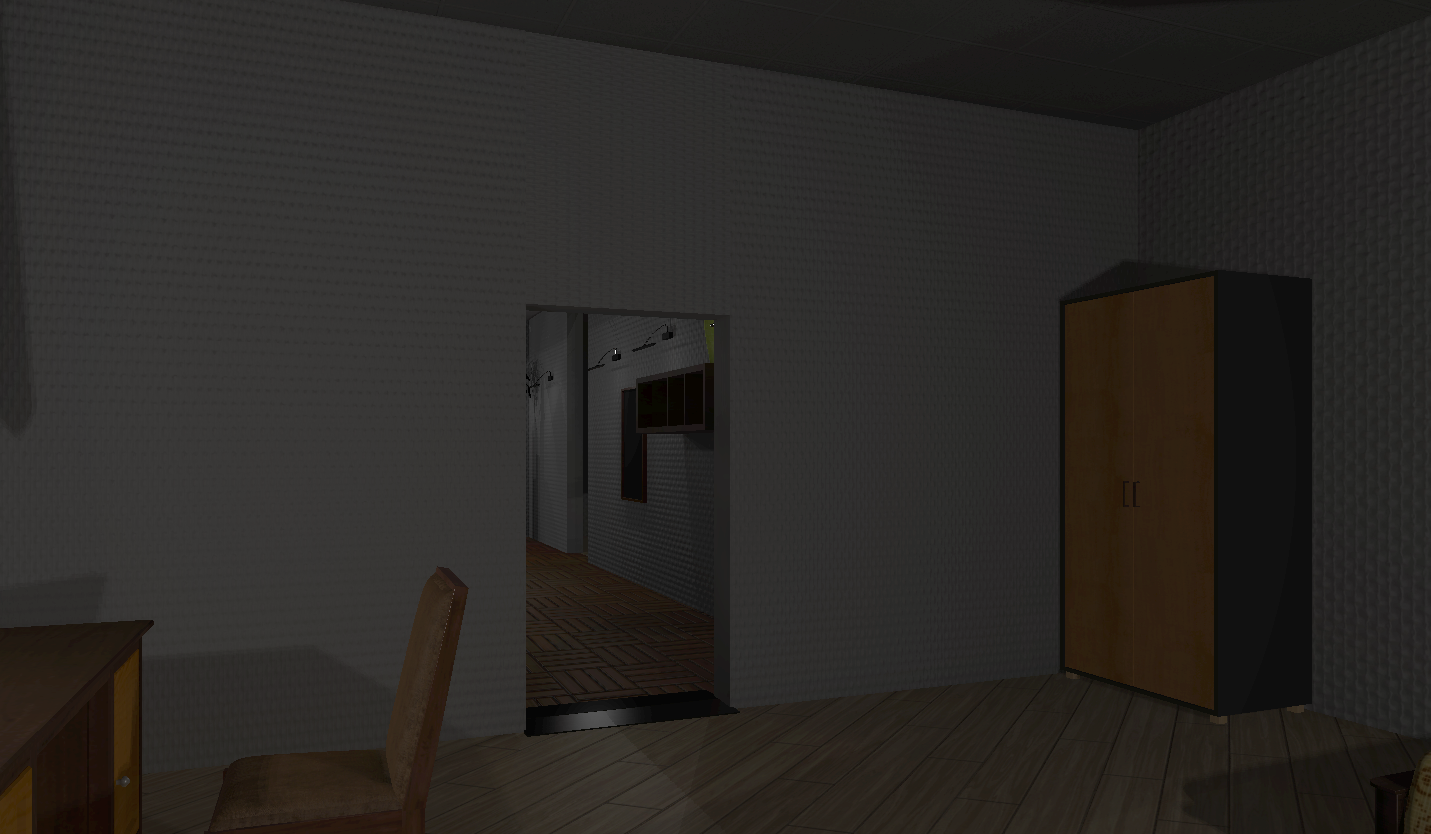 The similarities that C# shared with Java made it even easier for me to get started...

What I didn't know: The API unity uses could've made my journey so much easier.
But why look at tutorials and documentations if you could just run against a million walls?

Anyways, I started to design things and load free or low cost assets from the unity asset store. 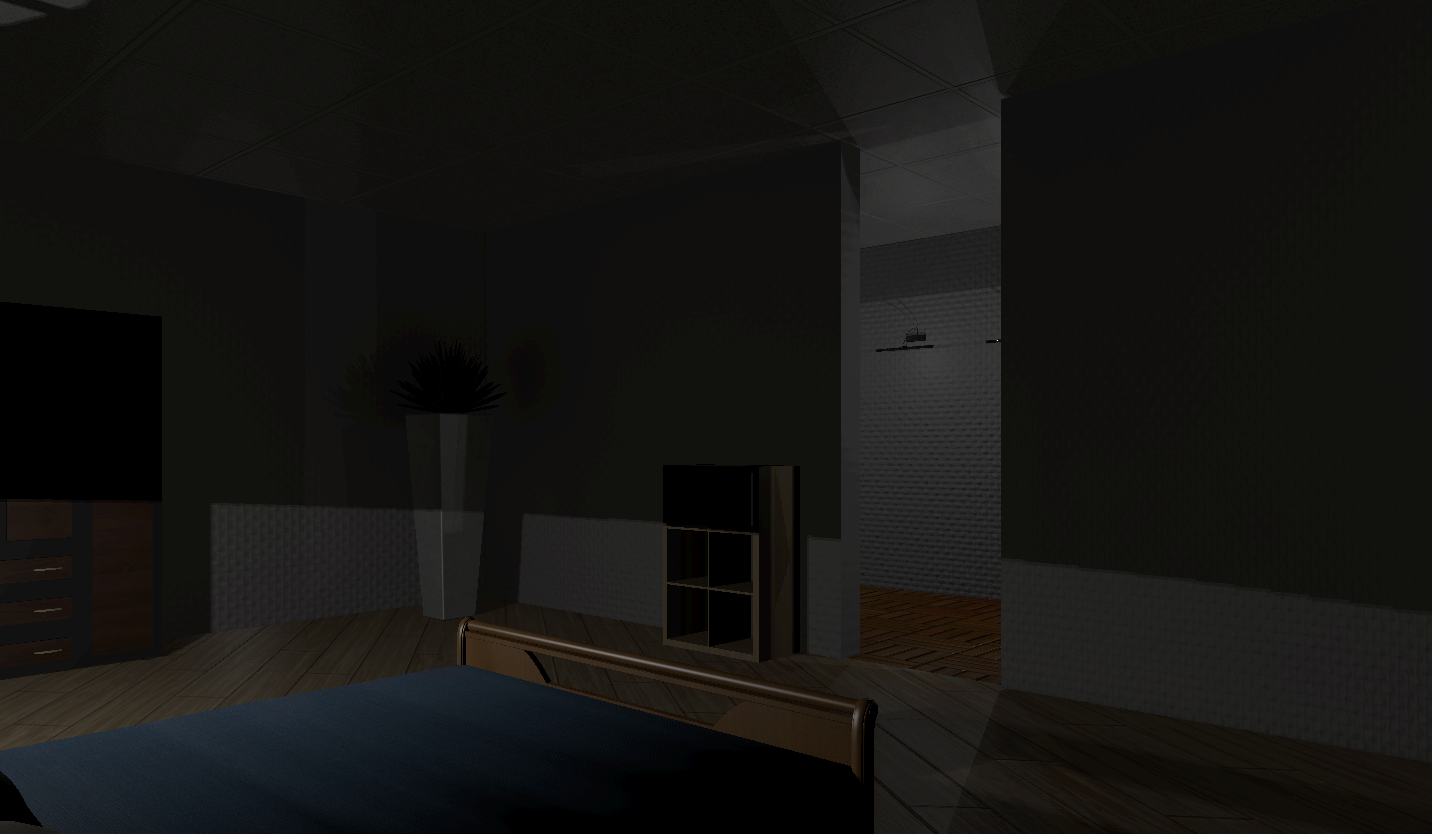 (I only used blocks for walls, so the door frames ended up quite exotic)

I found myself stuck really quick.
I was too inexperienced with the API unity uses and tossed the idea into the „Sometime in the future, just not yet“ corner of my brain... you don't wanna know how many almost well fleshed out stories there are.

But I couldn't give up.

I thought more and more about the idea and wanted to tell it really badly.
Eventually my desire to tell this story overcame my anxiety of being absolutely incapable of doing this and I started again.

I tried to have a closer look on everything this time … and with baby steps I ended up actually creating something.

(Image of day 1 [April 2015] trying to create a room with a flashlight and stock assets...
some top tier flashlight as you see) 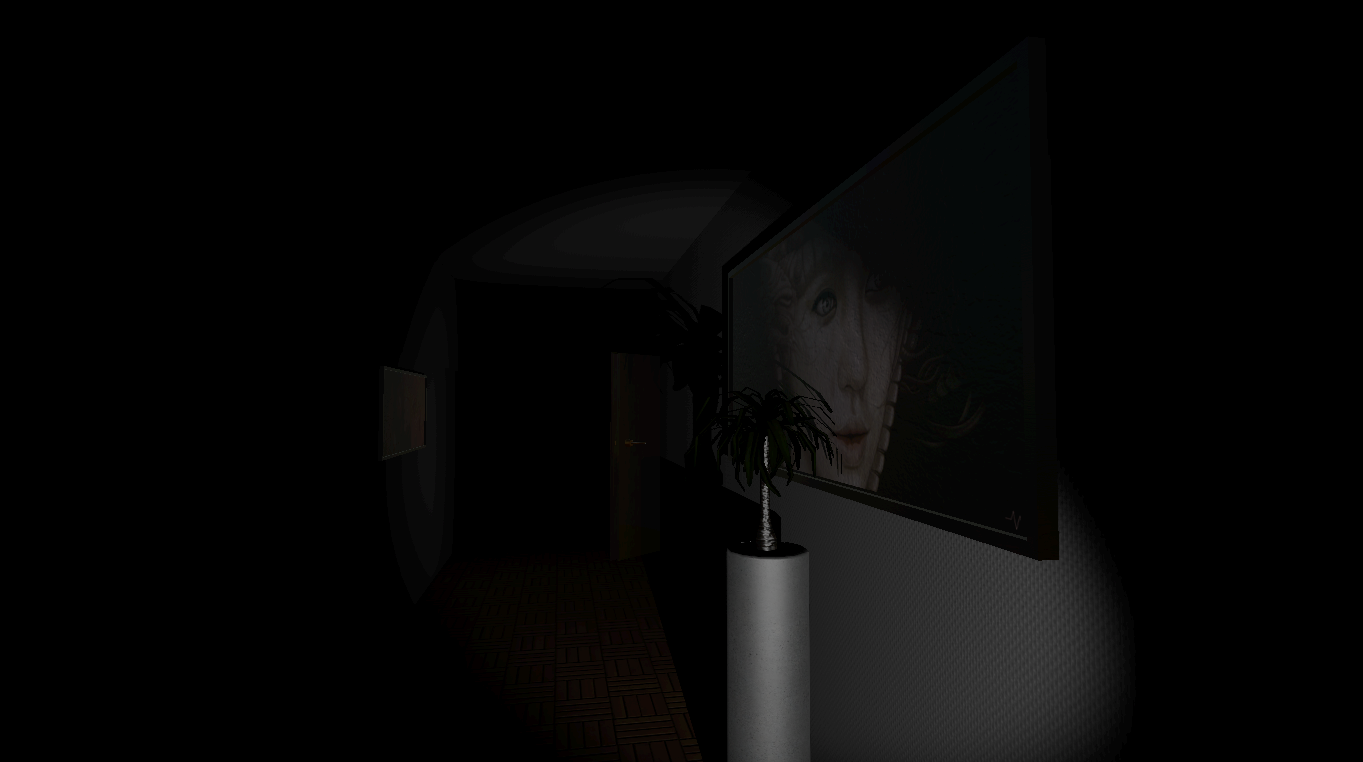 Still, I only used stock assets, but I started to learn how to use purchasable plugins (yes, that's actually something you have to learn if you start from absolute 0) and learned more about the engine every day.

My programming skills were lacking heavily as I had no clue about how unity uses physics and in general everything that required coding was pretty bad.

Just to give an example – I didn't know of raycasting at first and used triggers to tell which objects the character is looking at.
I also used a didn't know how to make objects move to a certain point so I just gave them the same function as the player had when he was moving while holding the mouse button.

Well, this was my first attempt in writing and introducing a dev blog, starting way in the past.
Currently the game is still being made, got greenlit in steam and will include voice overs, proper art and music.

The bits are a little smaller so it doesn't take up an entire day to write and future blog posts won't be long either as progress needs time.

The point I'm trying to make with this „past“ version of the blog:
It doesn't matter how much time you have and how good your knowledge is.
As long as you are (insanely) passionate enough about your idea, you can make it...
You might lose your sanity... but I think those who are here know that already :) 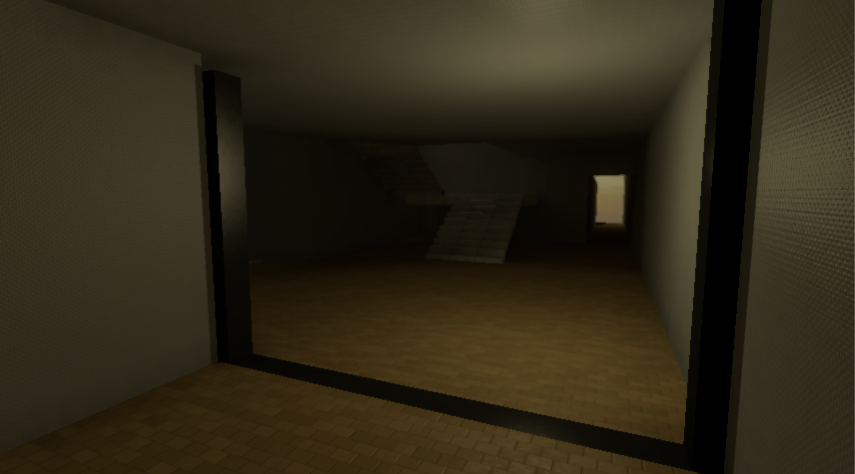 (A prototype scene I used for messing with shaders and lighting.
2015 vs 2016 - the brick texture on the ground is the same)

I hope reading this was worth your time, if you wanna criticize anything, go on – I'll be more than glad to improve my writing and article.

Regardless, thank you for reading.