Revealing the new 7th race for KA2 Empire at War - The Hydran Kingdoms.

I feel the time has come to reveal a little something that a very talented modder, and maker of the Sigma Mod, "The Undying Nephalim" and myself have been working on

He has done some absolutely amazing station models, and all credit for them goes to him. The rest is the work of kitbashers and the like at battleclinic, and my own graphical abilities and coding. 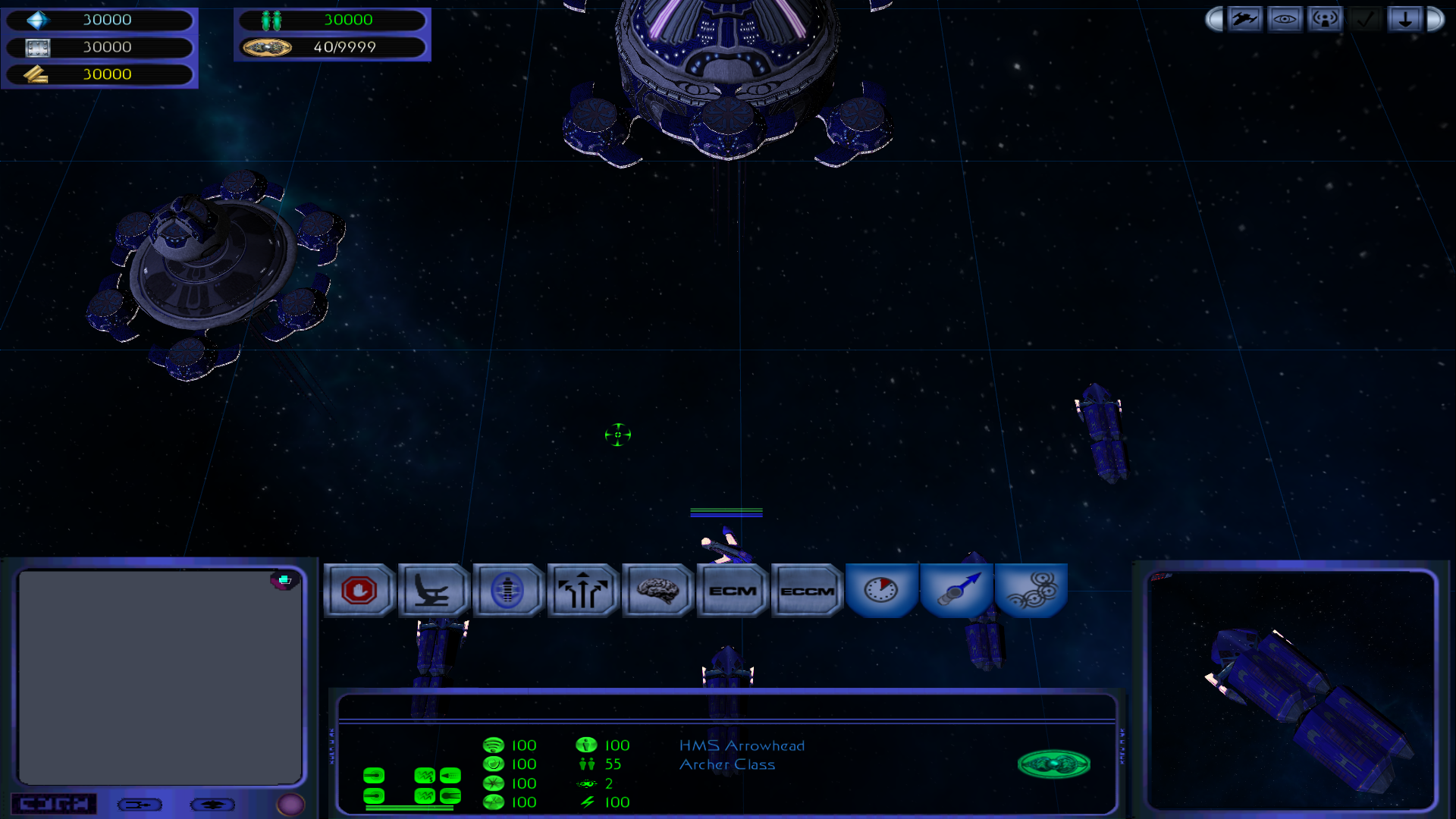 Yes, I've managed to finally add the Hydrans as a playable 7th side. When making KA2, I originally had the Hydrans as the sixth race instead of the ISC, but eventually the ISC made more and more sense storyline wise and so the Hydrans were left as a map race. I then came to add a 7th race for KA2 Empire at War, but it wasn't the Hydrans; I had planned to add the Terran Empire, but they started to feel very samey (just the Federation with nifty paintjobs and more guns really)

The Hydran Kingdoms, to use the sides full name, will play quite differently to other races. Firstly, due to their status at the time KA2 is set (i.e just rebuilding from years in exile and occupation) they do not have any advanced shipyards. Their two capital ships are built straight from construction ships. This is both a strength and a weakness. Another consideration is their early access to fightercraft. The Hydrans are the inventors of the fightercraft and were the first to use them during the Organian Conflict. Several of their ships have rudimentary fighter support systems and they can produce and field fighters before anyone else.

Finally, they work on a two-pronged attack doctrine based unusually around heavy weapons. Most powers base their doctrines on primary weapons (phasers or disruptors) or secondary weapons (photon and plasma torpedoes etc). The two heavy weapons employed by the Hydran Royal Navy are the Hellbore Cannon and the Fusion Beam Emitter. These two are polar opposites, the Hellbore being a long ranged shield-breaking weapon and the Fusion Beam being a very short ranged cutting beam weapon designed to slice through hulls. There is a third part to Hydran tactics, the powerful Photon Cannon, which is used as a secondary weapon onboard larger Hydran ships.

These weapons lead to the unusual ambuscade tactics used by the HRN. Hellbore armed vessels, principally Heavy Cruisers and larger, open fire at long range, hoping to draw the enemy closer and in the process weaken their shields. As the enemy closes to try and engage and neutralise the Hellbore bombardment, Fusion armed vessels, usually lighter ships such as the Knight Class Destroyer, emerge from behind the larger ships and advance at flank speed toward the oncoming enemy. Mirroring an ancient "cavalry charge" the Destroyers use their Fusion Beams to rip apart the weakened enemy, now hopelessly outflanked and outgunned.

More info and screenshots will follow. At the moment, I don't have any AI, button sounds or voiceovers programmed for the Hydrans, but their techtree, build buttons, wireframes and such are complete.

Have not played as the Hydrans since Starfleet: Command