This is an in-depth summary of the infection stages in The Hunted: Paroxysm.

Hello, many have wondered what the infected will be like in The Hunted, and also wondered if they will be gory. Some will be. This article will explain in-depth of the infection stages. Please take a look. 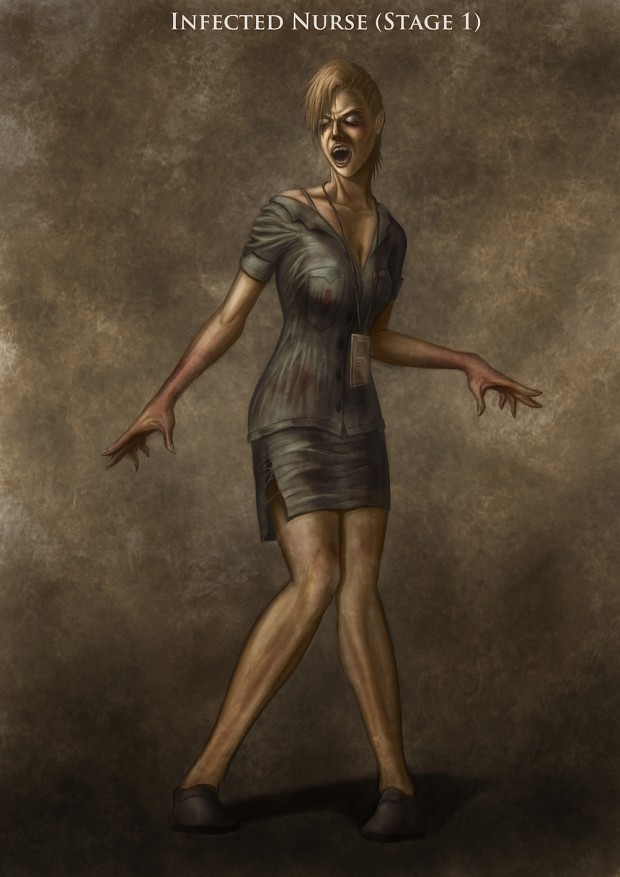 Initially, the infected exhibit signs of intense paranoia approaching worst case schizophrenia, believing that that everyone is out to get them. They will attack with whatever is in hand, and they will use it with some degree of skill, still being mostly human. However, if cornered, they will bite, kick and punch, which can lead to others being infected with the virus. They can generally be recognized by their demented ravings and screamed/yelled claims at non-infected people, accusing them of being out to get or such nonsense.

Physically, there is not much to distinguish them from normal humans. At this point, they can walk almost normally, with only a slight slowing of movements, and even this does not apply to all of them. In terms of wounds, they still have quite a number of higher brain functions, so they will generally bandage or, if they are lucky enough to have a surgeon in their ranks, stitch the wounds. As such, in this state, the main clue as to the identity of an infected is their voice.

In terms of attacking behavior, first stage infected are capable of using everything from firearms to pens to attack the player. If armed with melee weapons they will sprint for the player, generally moving at a speed of 8.3 meters a second, although there are some that can reach 9.5, in an attempt to mob the player. Moving in packs of up to ten, there is usually a mixture of infected with ranged and melee capabilities, although it would not be unusual to find a pack that is solely armed with firearms or solely armed with melee weapons. It should also be noted that they are capable of flanking or ambushing the player if they know he is coming. 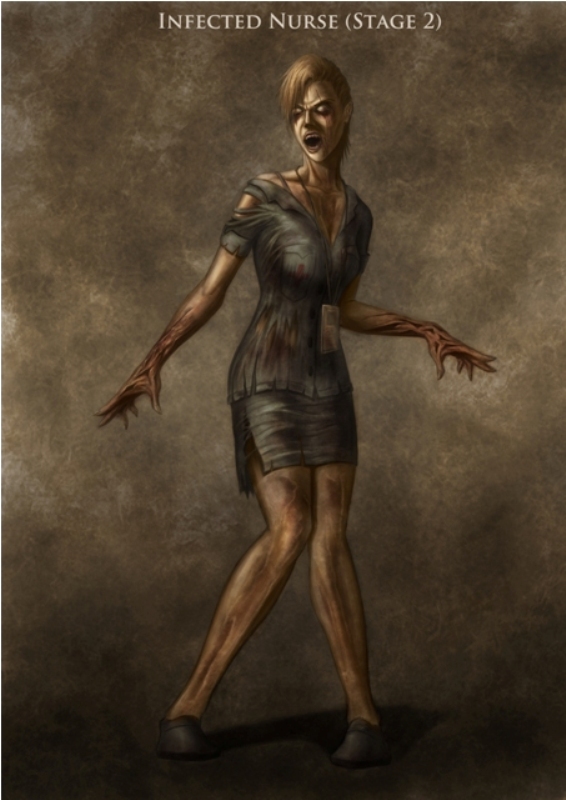 As the bacteria continues to consume the infected person's body. their higher and lower body functions begin to go. Their paranoid ravings become more emphatic, even though the words they are using may not even be what they are think, or may not even be words at all. They are no longer looking after their wounds, allowing them to stay open. However, they are also less effective in terms of attacking. Their sprinting speed has slowed to about 6 meters a second and those who were armed with firearms use them as clubs rather than shooting at you. Their ribs begin to show and their face is gaunt and hollow.

Attacks by second stage infected are less coordinated than before, to the point where four out of five might attack you, running into the occasional obstacle and then tumbling over it, while the other might run off in a completely different direction raving all the more loudly. At this point in the infection, they can take a lot more damage than before and keep on going, despite their degraded bodies. 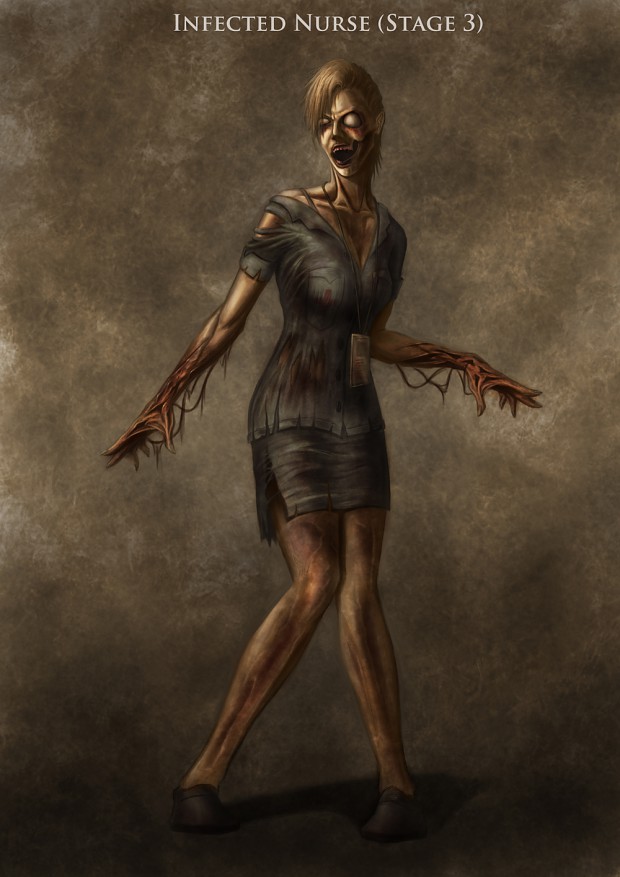 The infected are now classic zombies. Ravings have been turned into meaningless cries or, in many cases, nothing at all, even though the infected has opened its mouth as wide as possible. Their bodies have also atrophied to a point where they are essentially traditional zombies, using their hands and teeth to maul and kill you. Additionally, they no longer roam in groups but are individuals scattered across the wasteland. However, gunshots and the rants of their fellow infected will alert them to a potential threat and they will all converge on this threat, even if they have to crawl along the ground to do so. The average infected, in this stage, can managed about 2 meters a second maximum, with 1 being the normal.

There will be more updates in the future about various types of infected, like infected Dogs.

Thanks for looking as this is a small update compared to the upcoming updates soon to come. Keep watching us and please give us feedback. Thank you from Free Roam Entertainment.

You guys 'seem' the most pro but I would love to see some ingame images..

We're getting there. Bill's currently in the works, but we're having some trouble getting 3D character artists, so it might take a while before you get to see that sexy nurse in 3D :p.

how is her clothes diteriorating a sign of infection? Ô_ò

hey how much coast olso who the heck are you in the game lol?

At present the game is free and there is currently no intention of putting a price on the initial episode. In the game you play Bill Hartman, a former marine who has just woken from a coma following a car crash. He is suffering from trauma induced retrograde amnesia and his main goal is to find his wife and son. He is only fighting the infected, the cultists and the looters because they prevent him from achieving that goal.