A new version of the Hunger Games Simulation has been released, featuring new landscapes (such as clock arenas), actions (such as destroying items), gear (such as armor and nightvision goggles), and enemies ("tracker jacker" wasps). "May the odds be ever in your favor!" :) 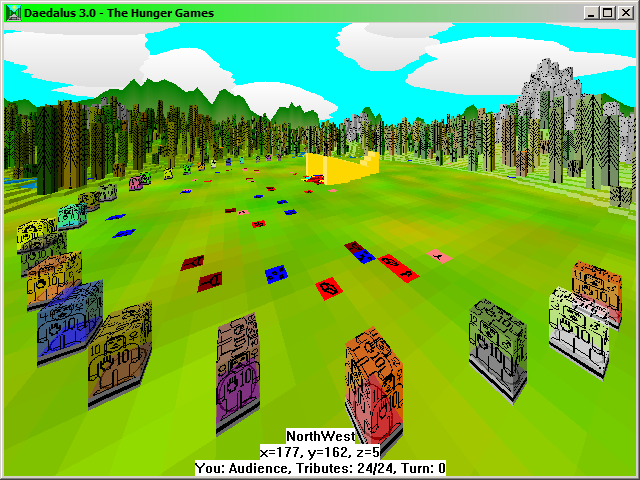 The new version 3.0 of The Hunger Games Simulation is downloadable here, and includes the following additions over the previous version 2.5 that was released in October 2013: 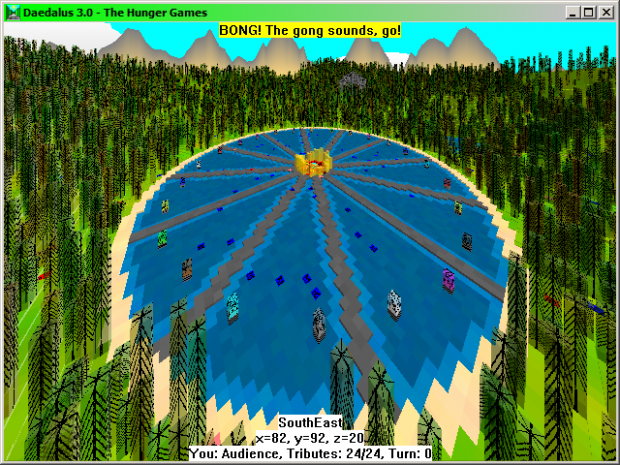 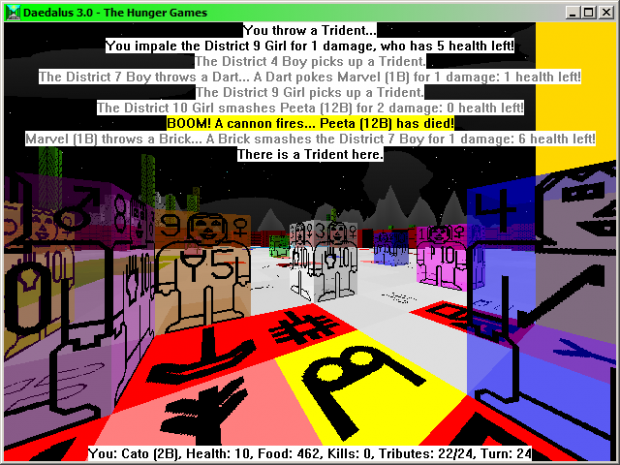 THE tribs don't move on catching fire cos of the water D: D: D:

In the default clock arena, all launch platforms are next to shallow water, so all tributes will be able to wade to the nearest spoke. (Press "Shift+F2" then enter "Q" to see this arena in action.) However, if you increase the launch platform distance, then the platforms will be surrounded by dark blue deep water on all sides, which will indeed make most tributes afraid to move. That can be remedied by giving all tributes a "flotation device" to start, so they'll be willing to swim. (Press ";" then enter "U35J7", and start a new clock arena to see this larger clock in action.)