For those not in the know, Kelvedon Hatch was the regional command centre
for the South-East of England if a nuclear attack took place. Basically it is a 3 story nuclear bunker semi built into a hill. Its near the town of Kelvedon Hatch, which is roughly 7 miles from Brentwood.

Getting there.
Get the train to Brentwood guys, then get off and get on the 501 bus, then get off at Kelvdon hatch. Follow the road (be careful, there is no pavement) towards Ongar, and it will be on your left. You'll have to walk through a tangle of roads that cut through fields and its pretty difficult to get to.... but i guess thats its purpose. 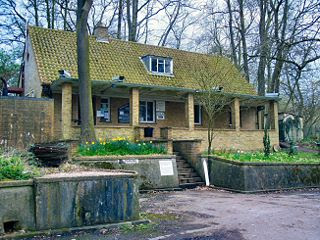 The entrance to the bunker

First impressions
Well its a standard looking guard house, relatievly unimpressive in itself. There is a humber pig parked outside (i have a love affair with the humber pig, as the rest of the team knows!) There is also a Green goddess fire engine in a shed, and some kind of missile (which me and gabriel failed to identify!)

Into the Darkness
Yourinitially surprised to find a sign telling you to pay at the end of the tour, but worry not. You grab a 'wand' (basically a large hand held device that talks you through the tour) from what was once an armoury, and then step through the first set of reinforced doors. This was the first impressions of what it would be like to be living and working in these conditions, and let me tell you, a chill ran down my spine. There is an air raid siren playing on loop as you enter the immersion shaft, a long tunnel maybe 100 yards long. There are beds hanging from the walls, and push bikes to get people about. You walk down and are told the schematics by your wand. 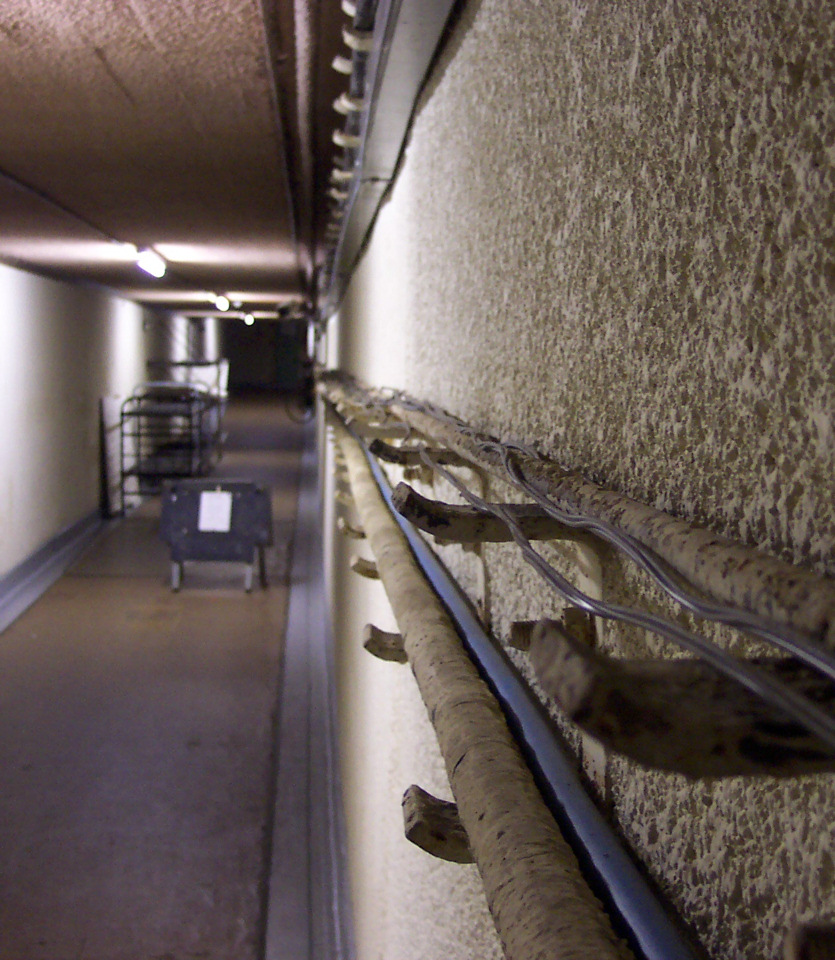 The blast doors
Once you've traversed the shaft, and are not at the entrance to the bunker actual, the most impressive thing, is the scale of the blast doors. They are massive, and bloody heavy looking. Each door aparantely weighs more than a car... not something you want to run into after a few pints! Following the tour we walk into various government rooms, control and computer terminals spread all about...

Claustrophobia
Guys, i wont spoil it for you and tell you about ever room, but a few things you need to take into consideration here. These rooms are not made for space or comfort, they are designed for efficiency and protection. The ceiling is adequately high, gabriel may of ducked at a few points, but he does that a lot as he's a tall bastard... me being an respectable 5 foot 10", had no worries in getting around. The rooms are narrow mostly, there are air filters in every room, hanging from the ceiling like strange UFOs. There are also small comms boxes, voice to voice communication i guess between different areas of the shelter.

The air
One thing that did disturb was the taste of the air. Its recycled as you can imagine. There is a constant odor of dirty linen, and sweat... and this is before a large group of men has been living in it for weeks on end. Your eyes will begin to ache slightly at the fluorescent glow of every single bloody light!

The displays
They have really goneout to town on finding information and items from the cold war. There are civil defence items strewn about, there are maps, videos and dummy's in period costume... perhaps the most interesting thing for me and Gabe, was the stuff from the bunker itself. The torches fixed to the walls, the communication equipment, the plotting boards, everything.

Probably the most eye opening part was the cardboard coffins laid out towards the end of the tour.

The exit
Afterperusing for about an hour and a half, watching all the videos and in our element, it was time to go. We made our way yo the exit, where there is a cafe and left via a creepy corrugated shaft leading to a shot of darkness above... walking back to kelvedon hatch, and then back to Brentwood.

A Ghost in the exit??

Costs
Lads it costs approximately £10,
and this is paid at the end. If you wish to take photos, you must pay £5 and sign a form. There are drinks available during the tour, and is a cafe at the end of it.

From London Stratford it cost about £40 for the pair of us.... including travel but not including the slap
up greasy breakfast we had.

I would advise anyone with an interest in the cold war to do it.


Pus we got a tonne of reference for the mod!!

thanks mate! I hope if you ever get the opportunity, you make a visit!

Oo, been meaning to visit The Hatch for a while now, i'll have to next time i'm in the South East!

Have not been but i may have to take a trip before i go travelling, Really enoyed the write up

thanks izzy, i would advise you to go there, will only last a few hours, but its very interesting!!!

Well, i'm getting to have a look at the ones in the Fife area over the next ten days, which should be good fun - I'll let you know what comes up mate. :D

Years ago I found out there is a bunker under Hamburg city's main train station, where I live. I made a similar experience, though it isn't reallya tourist attraction and only opens on special occasions. I'd never imagined bunkers to be such complex structures, but its really like they are villages in little space.
Now I wonder,why there is no roleplaying taking place in these - or at least airgun matches...things you can't see from the outside and proof to be so large on the inside give me the creeps.
There is a cool bunker in Burlington, which probably beats the scale of the one you visited. Take a look: Latimesblogs.latimes.com