Exiled spend the majority of their time fighting for their life by scavenging food, slicing and dicing through evil hordes in pursuit of their freedom. But life above was not so much different since the great corruption.

All of Aerthia fell beneath the superiority of the corrupted ones which showed no mercy in their crusade for dominance. Wielding the powers from out of this world and knowledge beyond this time turned them into an unstoppable force which consumed anything that stood in their way. The uncorrupted Human strongholds were easily crushed by their hand of doom and even the mighty Beastkin tribes were no match for their infernal war machines.

The unworthy shall perish

Those who opposed them would not simply be destroyed but assimilated if they were worthy of the corruption. The ones that were not eligible to be converted were enslaved and sent to the great city of Hollowheart, the capitol of corrupted ones where their destiny would be decided by the verdict of the grand Inquisitors. Slaves, if they are lucky enough are sent to work as hard labor and the other, not so fortunate are experimented on, tortured, beaten and murdered. Discarded bodies of the slaves are used for practicing horrific reanimation techniques so they can join the corruption as the Risen.

Souls for the Master

Hollowheart was built as an impenetrable body guarding the radiating chaos portal Avernus which is the very soul of the corruption.Those who grand Inquisitors find suitable for their main cause are forced to traverse trough Avernus and therefore be exiled from Aerthia. 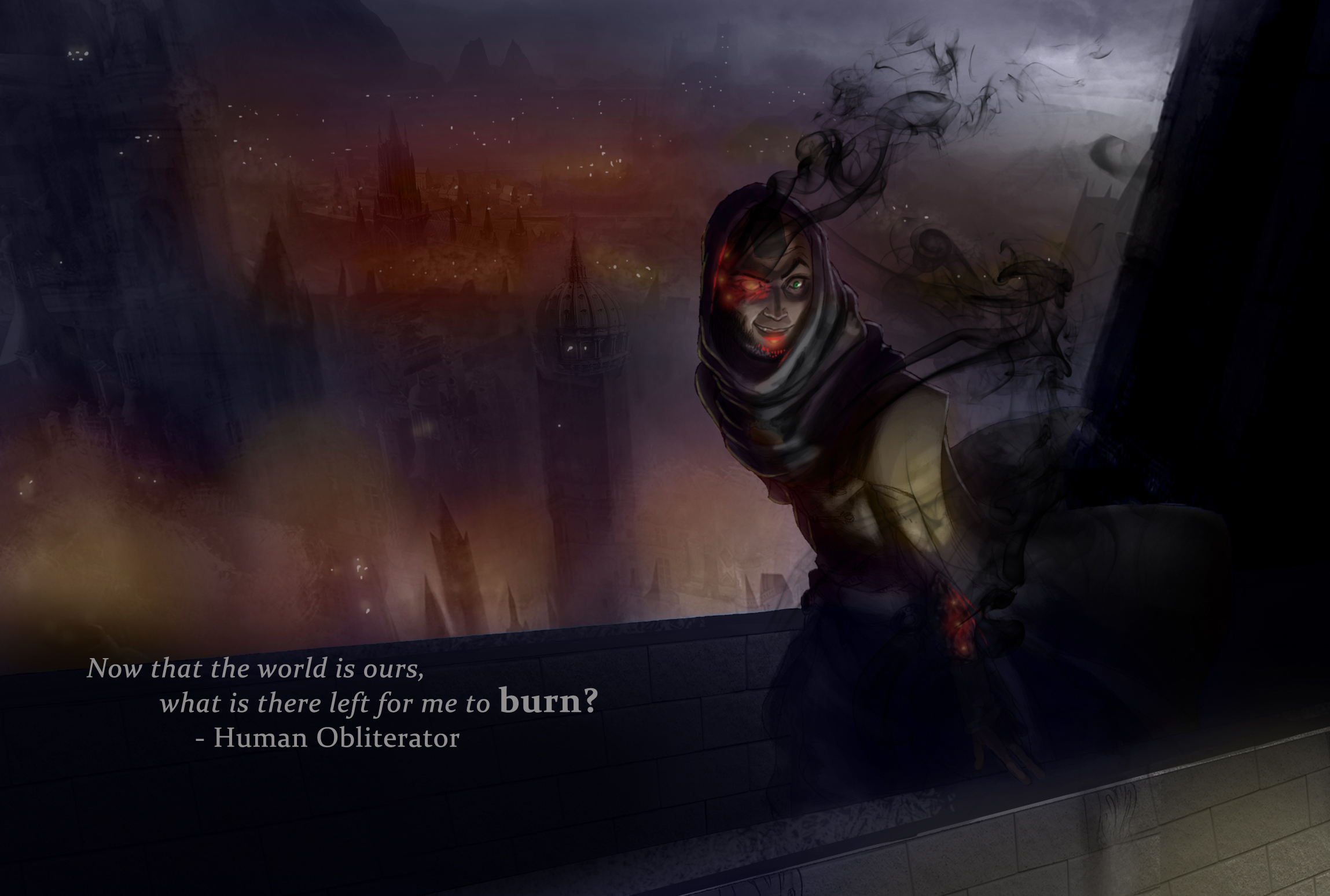 "Now that the world is ours, what is left for me to burn?" - Human Obliterator