Can a genderless hero truly exist? Are we so predisposed to have a male character leading the story that we have to imagine one? This is just what happened in the game Code 7, where the protagonist has no gender, however most players think of 'It' as a 'He'.

The beauty of text is what the text doesn't state explicitly, but what is written between the lines. While the expression originally came from people literally writing between lines in invisible ink to send hidden messages, it became an implication for reading a text while understanding more than what is explicitly stated, but is implied in certain words or what is left out.

We believe that this is also what made classical text adventures like Zork great. The possibilities that you form in your head are endless even if the possible outcomes are limited. Not only that - Leaving out graphical representations is another interesting aspect of those games. It leaves so much to the imagination of the player as this original magazine advertisement for Infocom likes you to believe. You sure are likely to be eaten by a grue, but what does it look like? 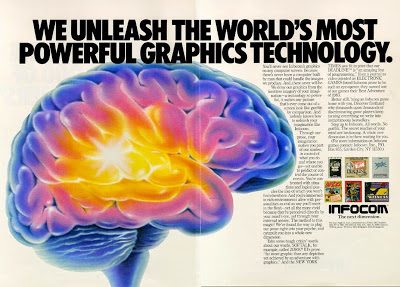 With "Code 7" we want to harvest this brain power in as many ways as possible. We want you to be able to use a wide range of commands. We want there to be several possible ways to achieve certain things. And most of all - we want you to use your imagination to form the world that is being described in your head, while the audiovisual atmosphere is helping to immerse you into the game.One thing that we decided concordantly to leave out was any indication to the player character's gender. So we gave it the name "Alex", which can be both masculine and feminine. 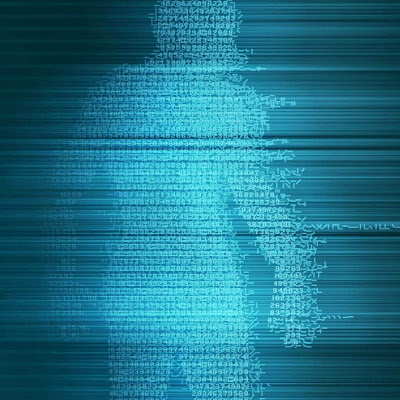 Two weeks ago for the first time we showed the game on an exhibition - the A Maze Independent Games Festival in Berlin - and were able to talk to people who played the game face to face. It's very interesting and also a little bit sad that still almost everybody (about 90 percent of players) expected to play a male protagonist. Most men stated that they projected themselves into the role of the player and therefore believed the character to be male, too. Some were even disappointed by their own answer.Women however didn't seem to project themselves into the character and instead mostly just shrugged it off with the words "I just guessed it's a man".People tried to explain in many different ways why they thought like that. Here are just some of the most frequently given answers:

While we certainly can understand some of these arguments, one thing that we really have to keep in mind is that these are all things that are happening in the players heads. Can only a man give cold and logical answers? Can a love romance only happen between a man and a woman? We think that in the end it all comes down to one other answer - people are just used to certain things, like love romances between a man and a woman instead of one between two women or men who play the logical role.Even though we'd like that to be different, that's the whole point of leaving out that information. You can decide on your own how you want to imagine things and if we can make only a few people think "out of the box", it was certainly worth our time.