Rafael here. Let’s talk about the game design of Proven Lands today, let’s talk about survival, which is, along with science fiction, our core concept. 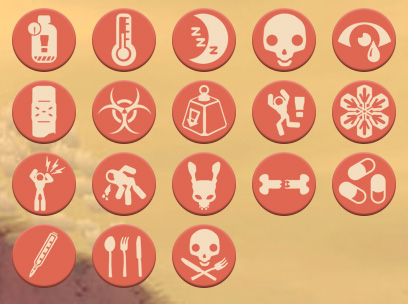 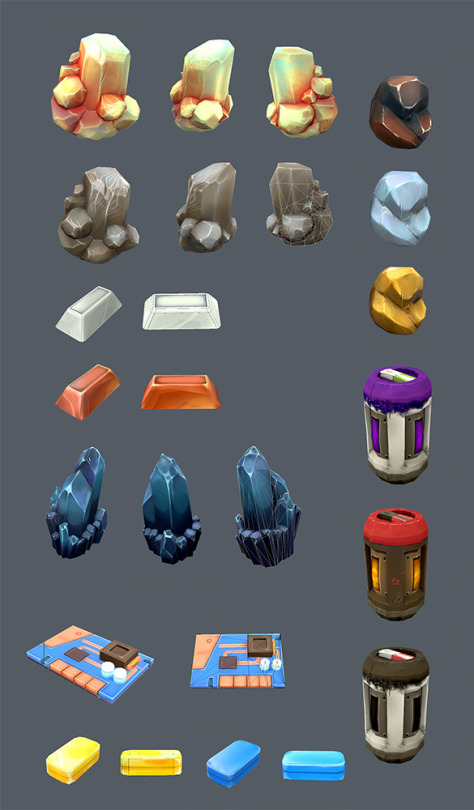 To me DayZ or H1Z1 are not really survival games, but FPS games with a few survival features. These games are great in co-op, but I never felt like Robison Crusoe, or like Robert Neville in the first half of I Am Legend. They’re cool, but they are rather run-for-your-life experiences like Temple Runner ;) or Hunger Games than games like The Forest or Fallout. The same applies in many cases to RUST and all the other RUST-alikes like GRAV.

I love survival novels, films, games. I really do. The first half of I Am Legend is a good example of an apocalyptic survival film. By survival I don’t mean the horror survival genre, in which you survive a dungeon or witch. I’m talking about back-to-basics survival games in which you take care of your mind and body a lot. Food, insanity, morale and health. That’s why our main character is named after Teruo Nakamura by default, a Japanese Imperial soldier from the Second World War. The interesting thing about him is that he’s someone who survived until 1974 on a small Indonesian island without knowing about the end of the Second World War. I also like the core concept of Enemy of Mine.

Why Proven Lands Is A Survival Game

For Proven Lands I’ve always wanted a game where I would have been a survivor on a hostile planet and a game that I also could play for 50 hours. It is not a survival simulator, and it shold be, as you can easily see it, less serious than other sci-fi games. So I questioned myself: How to add some depth to a survival game like Don’t Starve without making the game an academic paper?

At first, the trait and mood system. Even though Proven Lands has a number of RPG features, most of these are in the background. You won’t find an “intelligence” or “stamina” value. Instead, you fight temporary “trait” states of your body like “sick”, “hungry” or “freezing”; these states base on values, but you will never see the actual value in the game but the trait icon. Many traits are stackable, so the more “wounds” you have, the higher the chance that you get “fever”, become “sick” or get a “scar”. It takes some “skills” to learn how to manage these traits, even though some of the answers to them are obvious. Other traits are permanent like the “human”, “drugged” or “dead”.

Secondly, we are in space, on an alien planet. So we don’t have axes (we gave it a try once, but it didn’t take us long to notice that it didn’t feel unique enough; another survival game with axes, really?). Laser weapons and drones, that sort of stuff – in addition to a few new features – is what we like in Proven Lands. And you are not a super hero, nor a NASA scientist (which is somehow typical for a sci-fi theme, isn’t it?). You are an average guy with a big mouth that landed on a planet. Many aliens are more advanced than you. You won’t become a professor after 10 hours in-game, nor will a real-life wiki help you to craft whatever you want (like in Minecraft or Starbound - as long as you know the dependencies or ingredients, right?). There is a skill and knowledge system that forces you to see the game through the weaknesses and strengths of your character. And there’s also a simple, but powerful language system that simulates the slow process of learning an unknown language.

Last but not least there are buildings and crafting. Resources, crafting and buildings are actually a big part of the game. They deserve a few own blog posts I think. What I can tell today is that we’ve been thinking a lot about the “home base” concept and buildings in survival games. Why? Because every survival game has some sort of building mechanic implemented. Think “camp fires”, “tents” or “walls” for instance. We will tell more about the new building concept over time here - also about crafting and drones, don’t bother.

Finally, more scientific features of Proven Lands are “radiation”, “oxygen” or “temperature”. Even if most sci-fi stories are about humans-in-spaceships, the truth is: space and planetary missions are deadly to our body due to radiation. Only because Earth saves us from (most of the) radiation, most of us seem to forget that being in space, as well as on many planets, is like living next to a Chernobyl nuclear reactor (”space medicine”). This might be one of the reasons why we will never see humans in spaceships travelling to other star systems, despite Star Wars and Star Trek. In Proven Lands it means: On most planets you should be cautious. It is not a hard sci-fi game, but I think we’ve found a cool way to indicate danger (thanks to the “trait” system).

The overall idea is, and I hope you see that, that we give you all these features but just in the background and on a procedural level, so that your gameplay decides what you’ll run into. I like “easy to learn, but hard to master” game designs. I like simple, but powerful and dynamic game mechanics. And I will tell soon more on how a “fever” or even “death” grow from a simple cold.

I hope you’ve enjoyed it a bit. Now I’ve got a cold in real-life. Great. Sort of a real-life trait system stress test I suppose. ;) So I will take some rest now. I hope you’re fine! See you soon.