Today we'd like to talk about the “real” Robinson Crusoe, “digging” and about some progress we made in the last few weeks.

Today I’d like to talk about the “real” Robinson Crusoe, “digging” and about some progress we made in the last few weeks.

I think the story of Robinson Crusoe itself needs no introduction, but what is less known is the true story behind it. Daniel Defoe published his novel in 1719. Like Frankenstein from 1818, the original novel is quite a lot more interesting compared to what Hollywood made out of it. The real story of Alexander Selkirk (1676 – 1721) is a bit different, though he had a big influence on Defoe.

Selkirk was the son of a shoemaker and tanner. He was a British privateer on a mission against the Spainiards. He was an old nobody from the lowest class, a loudmouth, who got into trouble with the ship’s captain. Being a smart ass, he was arguing during an islands visit saying that he would rather stay on that island than going any further with that ship. The captain granted him his wish, even if Selkirk, like a good ol’ loudmouth, was regretting his rough tone.

Selkirk’s new home was one of the islands of the Juan Fernandez Islands near Chile, which, in the early 18th century, meant to be at the end of the world. The interesting thing about it is the difference of Selkirk’s experience compared to all survival games and most survival films. It even differs from Defoe’s story, with Wilson, a slave btw (and not a ball), and some dramatic ‘The Forest’-like cannibals. Instead of all that, Selkirk felt in depression, in total apathy for months first. He didn’t chop trees, dig for iron or built a fortress like a “Fix it”-Felix. He also wasn’t attacked by monsters, nor did he become a part of a long adventurous quest. He felt lost and without hope, without any reason to live further - he had good reasons to believe that nobody would find him alive. At the same time though, the island provided rats and goats, as well as berries and other plants. Those nasty rats attacked him during night.

After some time he realized that he had to take care of himself and in addition to that he found hope, not only in the Bible. He did something against the rats by taming wild cats. He built a shelter. He became a farmer. Thanks to his shoemaking and tanning father he also knew how to craft, how to make clothing. He even had sex with *cough* goats which is certainly nothing Defoe could write about. The end of the story is that he was rescued by the “Duke”, a British ship, after four years. The years before he even was attacked by two other Spanish ship crews but stayed alive.

While the true story is interesting and a bit shocking sometimes, it also shows how boring the life of a survivor is. Like surviving the 10th day in Minecraft, isn’t it the same over and over again? Hell, meh. So for Defoe and a game designer it is interesting how to add juice to that boring every day survival experience. 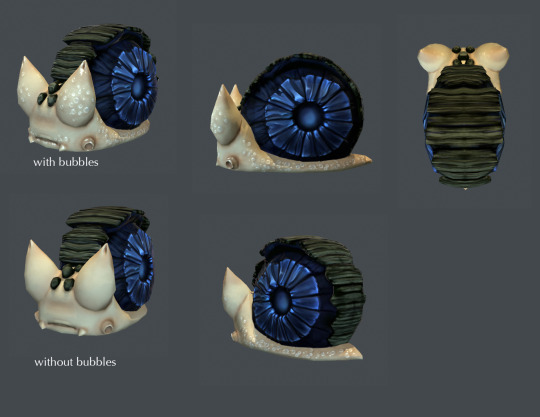 Digging
One game mechanic that is still in development is “digging”, and it’s also one of the reasons for that voxel engine madness. Most games are 2D, even when it’s in 3D – like Assassin’s Creed. What I mean is basically that you move from one 2D map location to another, no? It is fun for sure. But what you can see while playing Minecraft is that most games don’t actually use 3D for gameplay.

Like digging 100 m deep in order to find a cave with monsters? It happens in Dwarf Fortress, but in nice looking 3D? So this is what I like about a voxel-based survival game. I don’t like wall and room crafting like in Subnautica, RUST and many other games. The Sims, right? I’d like to give that super bored survivor a third dimension for exploration and adventure! Dig, dig, dig – baam! A cave full of space goblins.

Dev Update
Finally, a few notes on the development status. The spirits are high. We’ve done a few new creatures, buildings and trees. Jeffrey is working on another alien race. The alien races, as for now, are part of a well-developed universe lore, so even if we add more races later, there will be some faction war going on. Furthermore I also worked on gameplay coding and game design. I hope I can show huge forests in a couple of weeks. We also started to add VFX and effects to the game, and phew, some are damn hot!