The last release was from last year december. Now we are (almost) back, with new updates in the works. Read the full story for the latest!

Welcome all.
After the big effort of pushing out 1.8(.2) and M4-78EP it was time for a break from KOTOR2. We were all a bit sick of working at it, so that would be for the best for all involved. We did of course still listen to feedback on bugs and things wrong with TSLRCM or M4-78EP. The break took a bit longer than anticipated due to the Old Republic, but for me primarily, beta-testing Expeditions: Conquistador. Of course now the game is out on Steam, GOG and Desura, so that gives me time to return back to these mods.
I hope Expeditions: Conquistador has become a lot less buggy thanks to me testing ;). It's a turn-based combat RPG, which I think would interest many KOTOR2 players because of it's deep dialogue and that what you say will have an effect, so you have to think before you act. I would definitely suggest everyone to try it out. I wouldn't have spend so much time on it if I didn't think it was worthy, like the TSRLCM project :).

Back to my own mod/game.
Here's a list of priorities so you expect a bit what to see her in the coming few months. I have no release date to give for either TSLRCM or M4-78EP's patch. They will be here once they're done.

Of course the primary focus is on patching TSLRCM and M4-78EP. TSLRCM has been a long time and most bugs of vanilla TSL have already been fixed, so it's mostly things that have still been overlooked, only became apparent with other mods (The Ravager soundset issue for example), or, as can be seen on above video, polishing and taking care of what some people think are the weakest points of TSLRCM. Feel free to comment on this newspost if there are things you think are 'out of place' or just need a bunch of polish since they feel amateurish, be it TSLRCM material, or that of the vanilla game. 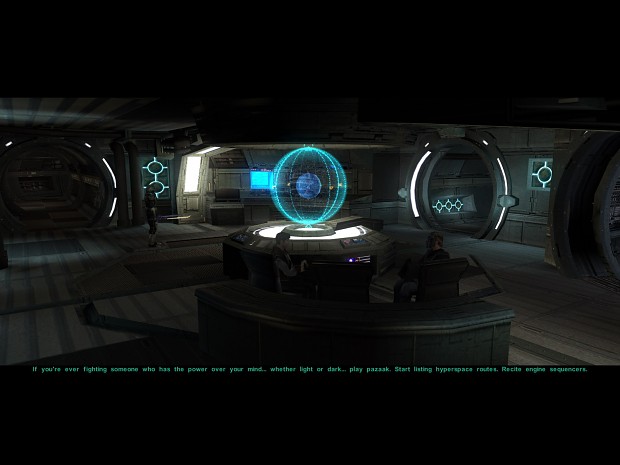 For M4-78EP, the patch will be a lot bigger. Of course being first release past december, several bugs where detected like the jittering droid bug that *have* to be fixed of course. Also we listened to feedback and are planning to flesh out the planet a bit, clarify some points where people where getting stuck and... tweak the ending some ;). Hopefully making M4-78 an even better experience blending well into the well known TSL experience. The list of fixes and changes is long and complex, so it may take a while before the patch is released. 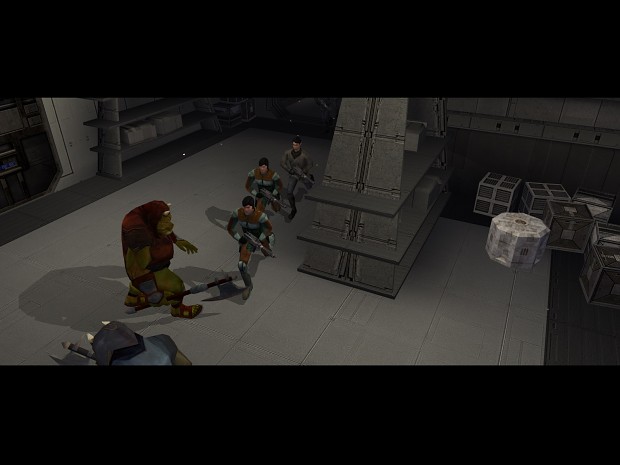 Users of the Jedi Temple mod have been waiting a long time for a comp-patch with M4-78EP, and I sadly have to say they need to wait a bit longer. After TSLRCM 1.8.3 and the M4-78EP Patch are done however making a comp-patch for it, and Handmaiden 4 Females is first priorty. Again, USM will stay uncompatible. I will apploud any modder who wishes to try it, I'm not going to burn myself on it again. VarsityPuppet is working on a good hilts/saber mod however which will work with TSLRCM, so you can always put your eyes on that ;).

Once that's done, it's time for the first addons to appear on this moddb site. I didn't get permission from a lot of modders yet though, so the selection will be a little limited, consisting mostly of my own. Hopefully once a few are up more modders will want to host here to increase the reach of their mod. Of course only mods compatible with both TSLRCM and M4-78EP will appear in this addon section.In order to make some of my mods compatible with the patches some work will need to be done, for example Nihilus Zombies Death in the current form will bug TSLRCM 1.8.3. So that will also happen in this stage. I can't make promises for other modders, but all of mine you will be able to use on TSLRCM 1.8.3 and M4-78EP patched eventually ;).

Cause there are still ideas here that don't fit the concept of a Restoration Mod of course. But that's future talk, and maybe interrupted if TSLRCM and M4-78EP need more updates. I personally hope not, certainly for TSLRCM. But it's hard to not try and make it just that little better even if you promised yourself you're done. One thing we got on Game Developers I suppose, that we can.

Anyway, that's the update for now. Keep your eyes open for more vids or screens that might pop up showcasing some of the work being done on 1.8.3 or the M4-78EP Patch in the future, and of course, it's eventual release. As said, it may take a while though. I'm the only person working on both, and there are many new good games coming, and studies.
For now, happy summer and till next time!

thanks for the update

Thanks Hassat!
Good plug for Expeditions: Conquistador too. ;)

i noticed the permanently locked doors throughout the game (such as the sealed door on the harbinger or the storage room in the onderon palace right wing) are still shut. i don't know if they were ever supposed to be opened or not just thought i'd let you know its a little agrivating not being able to see whats on the other side and it seems like an unfinished spot.

There's nothing there but bare rooms...

yes it seems unfinished doesn't it?

Not really, it's just a cheap trick to make rooms look bigger.
And unlike the Nar Shaddaa 'cantina' like place or the warehouse at the docks they are exactly that, empty barren rooms. No exploration value what-so-ever...

I'm sure they can be made to have exploration value...

I wouldn't know how, and even I did, that wouldn't be much of a "restoration"...

hide special items in there? also if i remember correctly that door on the endar spire is the way you come from in the first game.

Again, that's not much of a restoration.

And most of the 'missing' special items I already added elsewhere in other mods (Visas Lightsaber and Mission Armband).

was there anything missing with the khunda locked rooms?

Also, thank you very much for bringing the Conquistador game to our attention, I have been playing for a while and it is a great game.

The party/stat mechanics could do with some more complexity, but they are pretty good, with perks and such.

I recommend this to everyone.

Edit: Sorry for the off-topic : s

Thank you a lot, Hassat Hunter!

Thanks Hassat i have alway's loved the KOTOR series but since the butchering of the story in TOR i have had little hope besides this. Thank you for all your efforts and keep us all strong during the fall of LucasArts tm we all appreciate it. XD

The HK factory combat is ridiculously difficult and cheesy and needs to be looked at.

The Kaevee voice actor is absolutely terrible and makes a lot of people cringe.

There are times you'll get 3, 4 or even 5 different character drama cutscenes in the ship in a row - this isnt too bad but makes it feel a little bit like playing MGS4 and lessens the impact of each. Spacing these out would be nice.

Those things would probably go a long way toward making the mod seem more seamless, great work on the mod regardless.

There's armor on the upper level, and a blaster on the second level...
So... it's there.

any chance of the cut saber and force forms being added at all. i've only seen one person attempt it but the thread i saw has been dead on lucasforums for 4 years, probably a bad sign but no harm in asking.

Which cut saber and forms.
As far as I know all forms can be achieved ingame. And the only "cut saber" is Visas' Lightsaber, which you can already find a mod for I made on deadlystream...

First of all, thank you so much for these two mods. It's still a shame that such a great game like KotOR II was never officially released as a finished game. Imo you're the absolute saviour for this unpolished gem ;)
And the amount of work you have given over all these years is just stunning.

Are there already any news about support of other languages? Will they be added in the next patch?

You mean for M4-78EP? Since TSLRCM works fine on other languages.

And due to the amount of text in M4-78EP, I doubt it will ever be translated, sorry :/