I talk about Nobody in particular. Also other GoI implementation details such as Oneroi Collective and Prometheus Labs.

Time for the second post in my Groups of Interest series. Hope everyone is enjoying the year end festivities. 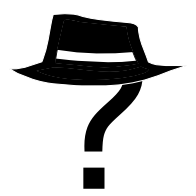 First off is Nobody.

Nobody is an interesting creation compared to the other Groups of Interest. First off its not clear if it is even a group or just an individual. Its also a complete mystery what Nobody's goals are or if they/he even has any. One of the most interesting interpretations I've heard is Nobody as Mirror.


In short, Nobody is unable to affect the world around him in any significant way. He cannot be the origins of any change in the world. Anything that he tries to do will inevitably end up as if he was never involved. His goals are to try to affect something, so that he feels that his life will have meaning.

So it seems Nobody has a particular talent in moving about unnoticed, disappearing, being incredibly hard to contact, etc. All of these attributes clash with the current implementation of GoIs. On top of that Nobody's goals are unlike any of the other GoIs. But I don't want to drop such an interesting part of the universe.
In the Foundation I see Nobody as the force attempting to balance the various GoIs. He will provide information and assistance to groups, including the player, who are lagging behind. This assistance can help them regain support and power making even weakened GoIs a possible risk. He would also know the real SCP-001 and will provide intelligence as to its identity and where it can be located. Some information can lead to the generation of time-sensitive events that can be intercepted. And some information may be false so the player must be careful they do not fall into a trap.
Hopefully this fits into the canon and utilizes Nobody in an interesting way. Let me know what you think and if you have a different idea on how to implement Nobody.
Next lets address Oneroi Collective. It will be short.
These guys are new to me and there seems to be very little information about them. I honestly haven't found much besides they like using dreams. Because of this I really don't know what to do about adding them to the game.
I considered making them a mechanic similar to Nobody. A group that communicated with the player through dreams and depending on how you reacted to their requests they would either help you or hinder you down the road.
So please help me figure this one out. Without more information I think I had better skip implementing this one. I don't think I can do it justice at the moment. 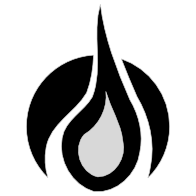 The last one for this post will be Prometheus Laboratories.


The interesting part about Prometheus is that they are a former Group of Interest.

On 01/09/98, one of Prometheus Labs' projects, [DATA EXPUNGED], resulting in the annihilation of their base facility. In the aftermath, the Foundation swept over Prometheus Labs' ground zero and recovered several surviving products and personnel. Products were retrieved as SCPs and survivors inducted as Foundation personnel.

Given this group has been more or less destroyed that makes it unlikely they would be a significant player in the GoI struggle.

However I have an idea to propose for them. According to the wiki the Foundation is still reaching out and trying to assimilate the remaining Prometheus personnel and facilities. I plan on making the game generate the discovery of Prometheus assets from time to time and displaying them on the map. All GoIs may end up seeing this location and the race is on. Successful recovery of the assets before another group strips it down will provide useful benefits and possibly SCPs or other anomalous materials.

Well this article is getting long and contains some significant feedback requests. Read them over and fire back the feedback. I'm doing my best to put all the GoIs into the game in a meaningful way, but it doesn't mean I'm doing it right.

Next post I address the Black Queen, Serpent's Hand, and others.

I look forward to reading your responses, and the eventual alpha release.

Are you by any chance thinking of adding "The Church of the Broken God" ?

Yes. Although I suspect by now you already know ;)