The Flavour Update to the Civics Expanded+ mod is now in phase II. We'll be looking at some features being worked on currently.

Welcome to another edition of the Civics Expanded+ dev diaries for Stellaris. This one is quite a long one. The update to the mod is now in phase II, but work will still continue on features from phase I, mainly the Plagued Society origin. However, this phase is focusing on another, older origin.

Phase II: Quest for the Seeders

The first ever origin of the mod is for non-swarm Hive Minds. Looking back on the features of the origin, not only was it made poorly, and the majority of the story took place in a single system. It was not an efficient, not a good way to express the story. Of course, since then, I've learned a lot, and can do a lot more.

Now, the origin story will take place over several systems, and will include not only excavation sites, but events, special projects, anomalies and much more. The story will also be smoother and longer, so that it's not completed in a few minutes.

When you start a new game with the origin, now called "Seeded Evolution" you will not be prompted with an event and immediately with an event chain. Instead, you begin in a special cluster, where several nearby systems have special features. Unlike the Shiva and Mahadeva system from before, the amount of planets, types of planets and names will be randomised, for more replayability.

There are also a few features simply for visuals, or for more flavour (hence the name of the update). 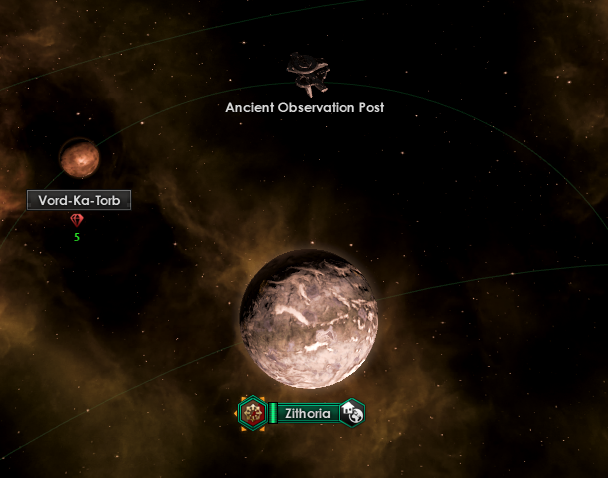 For example, your homeworld will start with an abandoned observation post, from the time of the Seeders. Again, this is purely for aesthetics.

After the update, some parts of the story will not depend simply on triggered events, but more on the exploration of star systems, mainly the ones in your home cluster. This will require you to explore more and focus on surveying and expansion, something that the seeded ones would do if they were searching for their benefactors. 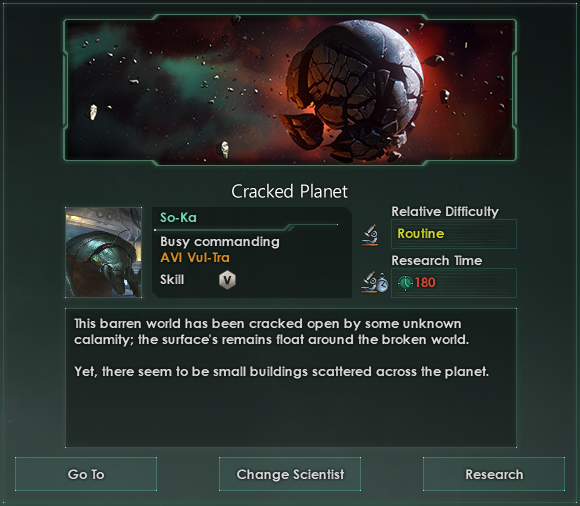 This is the first part of finding the Seeders: an anomaly found by surveying a broken world in a nearby system. If this is not researched, then the chain will not progress.

Furthermore, to better assist the player understand that this is a special anomaly, they will get an event when a ship enters the system with the broken planet for the first time.

Searching for the Seeders

Skipping ahead a bit, the player will get an event chain about finding the Seeders. Rather than just signifying that the search for the Seeders is not completed, the chain is now where you will find special projects and points of interest in the situation log. 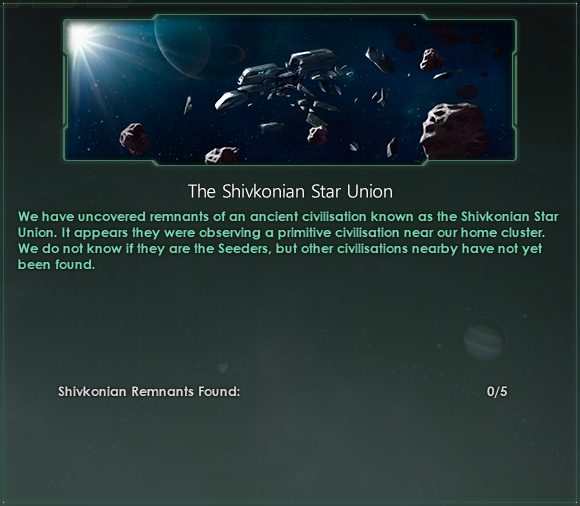 As you can see, it will be similar to the original precursors, since you need to find five remnants, but rather than leaving it to chance and luck, like with the precursors, these remnants can be gathered through scripted events and archaeological sites. The amount of remnants required is not yet final.

As mentioned previously, there will be several dig sites. One of the first ones will appear once a special project is completed, again at a certain planet in your home cluster. 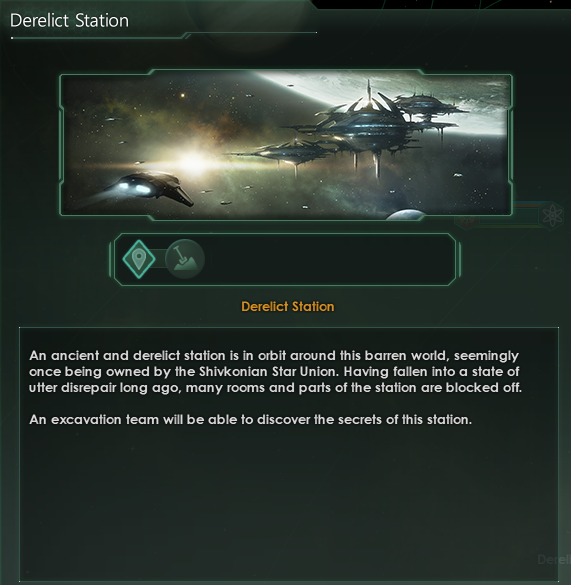 The dig sites will be shorter and more important, rather than drawn out unnecessarily and resulting in short descriptions for chapters. It is worth mentioning that the original three dig sites in the Shiva system will be removed, as well as the Shiva system. The new homeworld of the Seeders will include many more planets and interesting features, but the sites will instead be spread out throughout several star systems.

Along with the special systems in your home cluster, there will be several star systems that will only appear through events. Not only does this ensure that you're playing through in the correct order, but will also solve the issue of other empires finding that star system first. Of course, so that the player knows where these systems are once they appear, there'll be points of interest in the situation log, which can be tracked and marked on the galaxy map. 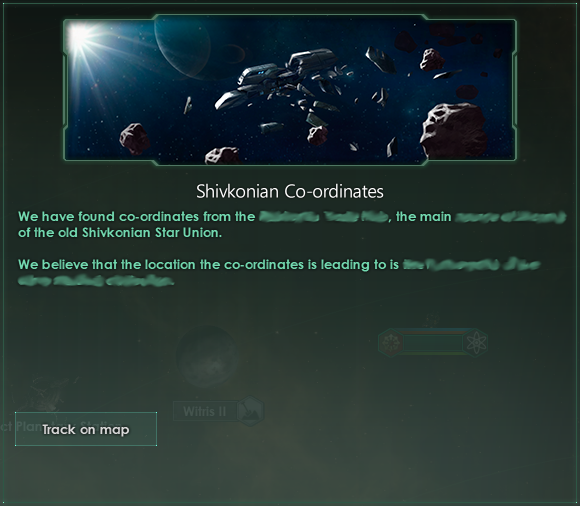 This is one of the first points of interest, created after completing the first archaeological site, shown previously. While this special system is guaranteed to appear quite close to your home system, other star systems may spawn further away, or even in exact locations. This, again, enforces that idea of surveying, exploring and expanding. 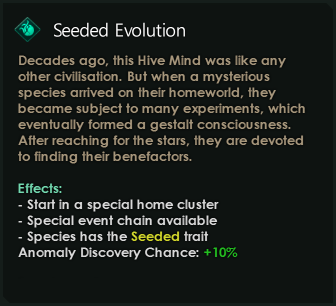 Furthermore, as you can see above, your species will have the Seeded trait. I believe that it would make sense, since your species was genetically altered, that your species would have a special trait, that cannot be modified. 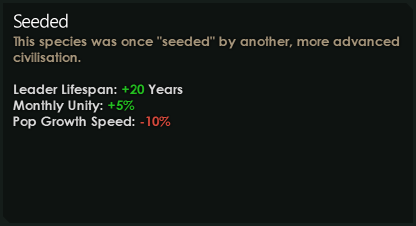 That's it for this dev diary. Instead of releasing the dev diary about phase II on the 6th of June, this dev diary was released sooner, as I believe that there was more than enough new content for the article.

Phase III will begin in another two weeks, and that is when there will be another dev diary.