Post news RSS The Fatality System and other stuff

I'm going to explain what is the new fatality system.

Hello everyone glad you followed us this far.

I'll be explaining how does the Fatality System works and how you perform a Fatality.

Everybody who played Mortal Kombat should know that first you have to beat the crap out of the enemy, friend or whoever you were playing before performing it. Now it has changed (at least on this mod). To start off, you'll need to fill the Fatality Measurer, that's how edoc named it, by using powers and hitting other players until it reaches 1000 points.

At that time when you have reached 1000 points(and considering the enemy it's dead), you should be able to perform the Fatality by standing still at almost 3-4 steps away from your opponent and the Fatality will perform by pressing the secondary attack button (most cases right mouse), this is just a W.I.P. and it's being tested.

These are the confirmed characters to be on the select screen. At least for now, later we might add Cyrax - Sektor - Cyber Smoke (I like him better that way) and Shang Tsung.

I messed up completely Raiden's Skeleton as I had to make a new one, instead of using gordon's as a reference. The reason I did this was because Gordon's skeleton was on a normal standing pose like a stick | , while Raiden is on fighting stance, I couldn't move the vertexes to an appropiate way so I did a new skeleton, with bones having the same names that shouldn't have been a problem but I forgot that Valve's Skeletal Structure is specially made with bones centered and stuff like that.

This is Raiden's Animation while holding the 357 (aka : Python) 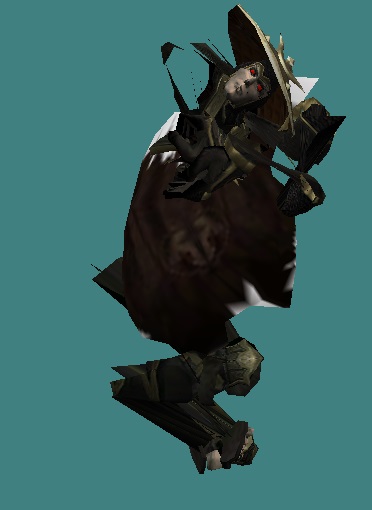 I know what the problem is, but I don't know how to fix this problem rather than reacommodating all the bones, and that is a hard work which I will be doing whenever I have free time.

Hope you enjoyed the good news of this proyect.