Sleepers is one of these games that has a very strong focus on the narrative. We don’t want to create a game where the player is simply running away from a beast or killing zombies wielding a Beretta in each hand.

What we want is the player to feel emotionally attached to the story, while trying to find out what happened, and later doing what needs to be done. The story itself is horrifying, and perhaps more scarier than all the abominations that the player will find in the game.

As you may or may not know, the game takes place aboard a spaceship in a futuristic setting.

Why did we choose this setting?

First of all, we are all sci-fi nerds in the team. Just look at our latest titles ?

But mostly because the idea of being trapped in a ship, just by itself, is horrifying. Of course the same can be said about a base in the arctic, or a house in a haunted forest, but the notion of being locked in a place where there’s nothing but the void around you, is terrifying.

Add all the insanity that’s going to happen to the player during the game, and we’ve got a true nightmare setting.

The ship is really big. It’s supposed to be in space for months during its travels, so it has all the necessary infrastructures for the crew to hold on so long far from home: sleeping quarters, mess halls, gym, cinema, lounges, medical bays, prison, pool, conference rooms among others, plus all the mechanical and electronic systems of the ship. These are all spread among 8 levels that the player will need to explore.

The ship has open (and more vulnerable) areas, but it also has tight spaces that can be useful to move quietly between certain sections.
You can see an example of each below: 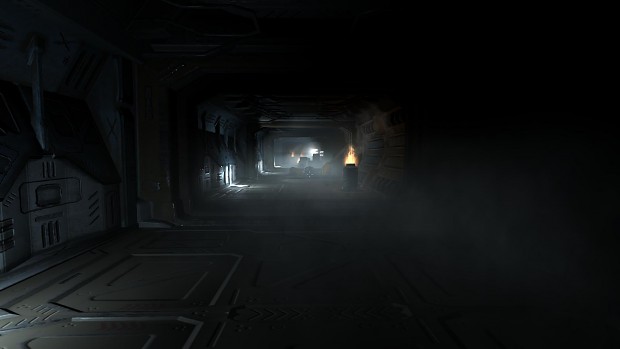 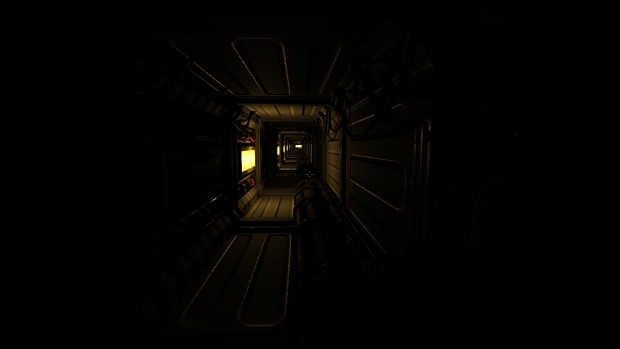