Or use Mediafire link 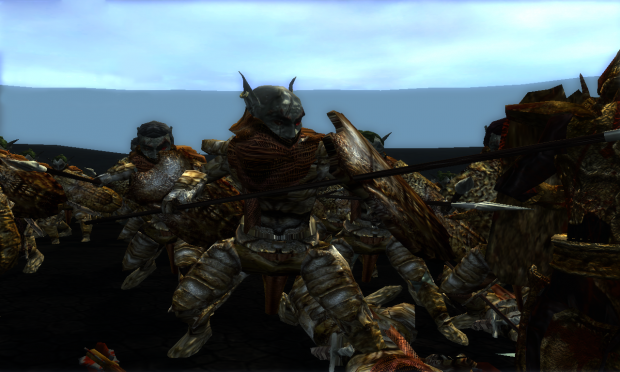 ATTENTION: One of the key features of the patch is the the TESTW Launcher, maded by Sengoku. Therefore, I recommend to launch the modification through the program TESTW Launcher (it is located in the Medieval 2 Kingdoms\mods\The_Elder_Scrolls. In the OPTIONS tab of this launcher, you can configure various parameters. For example, you can enable\disable ReallyBadAI, which may affect some crashes. Also, you can change the language on Select Language tab.

WHAT'S NEW?
- Special Launcher. Thank you comrade Sengoku for the creation of this program.
- A new faction: Tribes of Ashlanders
- Changed the balance of some of the old factions on tactics and on the strategic map
- Fixed most of the graphical errors- Fixed most of the text errors- Fixed a recruitment system
- Added religious buildings to the Cult of Dagoth Ur, the Cult of Auri-El, and the Cult Malacath
- The opportunity to build roads and farms for Kingdoms of Skyrim and Clans of Black Marsh
- Corrected many critical crashes- Added support of AI factions, and now they will develop faster and be more active
- Changed the starting positions of some factions
- Changed garrisons
- New textures for the strategic map
- Returned the family trees system
- Silt Striders are now slainable
- Changed the balance of magicians
- And many other small fixes and improvements

WHAT'S WRONG?
- Because of the introduction of family trees, heredity done little in accordance with the Lore, so that some factions have their heirs of the "left" people
- Kingdom Skyrim in some cities is still impossible to build roads and farms (such as Whiterun)
- It is still possible critical crashes- Balance of magicians still not worked out
- Unique tactical architecture has not lost its bugs- There are small graphics bugs
- It is still not possible to implement the voice
- Ashlanders can change the icon on the strategic map

Critical Crashes? When are we gonna get a fix for those? lol

So I've downloaded and installed this file, the game will start up and the loading screen will show, then it has an error popup saying there was an unspecified error. How do I fix this?

Hey I downloaded the mod but whenever I try to use the launcher I get a message reading "C:\Program files\SEGA\medieval II Total War\mods\TESTW Launcher.exe is not a valid win32 application. What should I do to fix this problem? Any advice would be appreciated.

Is it a problem with the launcher?

I had the same problem

why is my version in russian?

How can I get the Nerevarine as the Tribes of Ashlanders? Or could you tell me what I need to edit to make that possible? Thanks