A short story on how 'Bot' and I went on an adventure to take screenshots of the Crypt (dungeon 1).

While preparing assets for dungeon 2, I planned to start a tour through the Crypt (aka dungeon 1) to take some screenshots for last week's #ScreenShotSaturday. A random, purple colored and AI controlled barbarian asked me to join forces and face the hordes of undeads together. His name was 'Bot'. We were full of enthusiasm and wanted to test our combat abilities, but none of us could imagine what troubles we were to expect.

On our way through the first stage of the crypt we noticed some strange yellow floor tile on the ground. 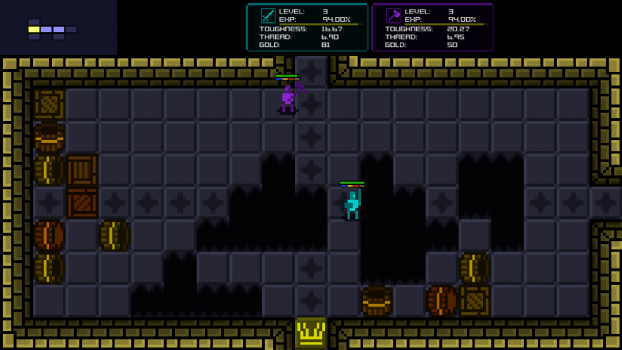 Behind that yellow tile was a room full of treasures with a giant treasure chest in the middle. We opened it and got some new equipment. Bot saw a weapon and couldn't withstand to take it right away: "Oh look! That axe has never smashed an undead skull. I will take that."

As we continued our journey, we finally reached the third stage of the crypt. It was quite huge compared to the earlier ones. "I smell an endboss in this area. We better clear every room to get some more EXP", said Bot and I agreed.

We also noticed some palette-shifted versions of already known enemies. Our experience of video games of the 80s taught us to be warned when a new version of an old enemy type appears--they might have different stats or skill sets. So we fought them carefully. 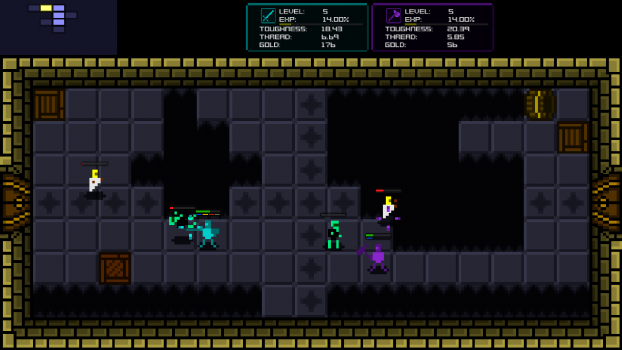 After clearing the whole stage we felt prepared to face the endboss. We were fools.

As we entered the room, a giant three-headed zombie started throwing all of his heads in our direction. "Beware!", shouted Bot and I tried to avoid the zombie's attacks as good as possible. 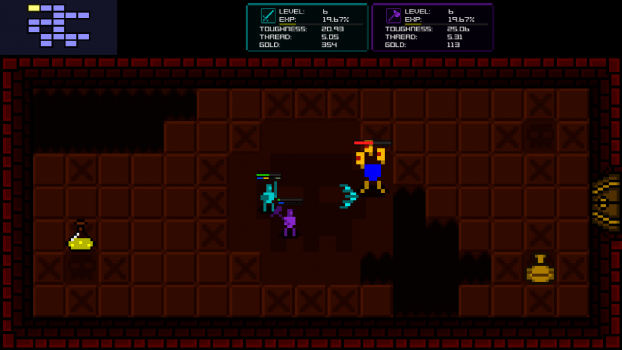 Bot was a good fighter, but his anger hindered his ability to evade. In a moment of abstraction the zombie struck out and landed its final blow on the already wounded barbarian. I fell into a rage and finished that giant beast off on my own, avenging my companion.

"It was a good run *cough*", said Bot, "but the AI is not designed to survive heavy aoe attacks. Don't worry--there will always be other bots willing to join you *cough*. You won't be alone."

Those were his last words.