It’s been a long, long time. But here I am bringing you textured Covenant models. After this it’s just one more Covenant ships and some UNSC and neutral ones. And ships that will be redone.

I'm here again with a large Covenant filled update. With this update, I've released all planned Covenant models but one. There are now only four more UNSC and three more neutral/civilian models to be done. After that I've got plans for a wildcard round, meaning I've been gathering concepts over the years and I'll be making a simple version of each. Then two or three ships will get chosen by you all and I'll make these in more detail and include them in the mod.

Now, on with the models. First up is the CLS class Frigate. I showed the design in the previous update but it wasn't textured then. Well, it is now and I'm rather happy with the result. I hope you all like it too. 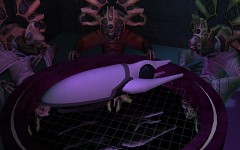 Then we have another Frigate, the CHR class Frigate. A heavy Frigate build for supporting the larger capital ships and for being a cheaper alternative to Destroyers. It has powerful armor and knows how to deal a punch or two as well. 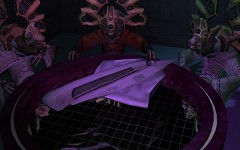 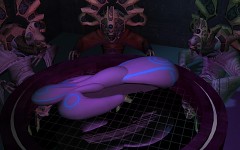 A very powerful ship as well, though much more regularly spotted is the CAS class Supercarrier. Commonly seen in the larger fleets, the CAS class Supercarrier carries dozens of squads of Seraph fighters, has room for repairing damaged fighters and even has some Seraph production capabilities. But it's not only the fighters it carries that make it deadly, make no mistake, this ships has plenty of armor and weapons to defend itself if need be. 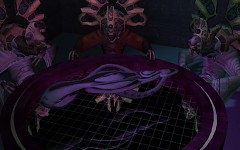 I know it's been a helluva long time since the previous update, and that's mainly because I had to work for school and I just had little to no spare time to work on H:FC. That didn't mean it wasn't on my mind. To show you that progress might have been slow, but there definitely was progress, here are three images that show you what I have done over the years.

And now finally there's this thing I've been talking about now for some time that's finally finished. I present to you; the very first, official H:FC trailer.

I'd like to thank all of you who responded on my previous update where I asked what to do with this mod now that Nexus 2 has been announced. It means a lot to me to get some input from your side.

Another thing defiantly worth mentioning is that recently a musical artist signed on to help out with H:FC. I'd like to give a big thanks out to Mike Hardy. I'll be posting some of his work here soon as I have it. I've already heard some things he's cooking up and I'm already know you'll love it as much as I do.

That is all for now. I hope you all appreciated this update and I'm looking forward to showing you the next as well as your comments.

Great update, Chakotay! Just wondering why the Forerunner glyph is on the heavy frigate texture. :P

You guys might wanna change, your mods name. Microsoft can be a bitch :/

Great idea... i hope they listen.