An in-depth behind the scenes look at the construction of one of The Core's most iconic battlegrounds - The Warehouse.

At the time of writing we almost have 500 watchers. Five. Hundred. I don't even have words, you people are amazing!

When I released the previous two evolution videos you seemed to really like them, so I've done another one - this time featuring the most complete start-to-finish process yet. Something to keep in mind is that between each change is a thirty minute compile!

I'm afraid I still can't give you a release date, but I promise you that the reason we're taking so long with this is because we are trying to make it as high quality as possible.

In the meantime, let us know what you think of the mod so far by leaving comments. We read every single one and reply to as many as we can. If you have specific questions about elements of the maps, don't hesitate to ask! We try to be as approachable as possible.

Also, if you like what you see consider tracking the mod! It's awesome to see how much support we're getting and the number of watchers is a real visual indicator for us that we're on the right track.

Some screenshots were also released earlier this month: 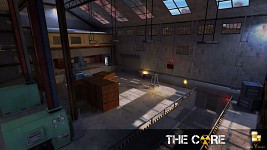 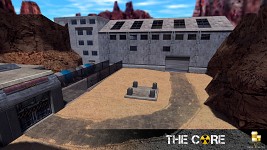 But who cares about screenshots when there's a VIDEO?

Try either a different browser or check it out on Youtube, my good man!