A big update this week! I detail the myriad of changes to the card purchasing system as well as what you can expect from the playable characters in terms of gameplay!

A bumper-sized update this week! I figured I'd share with you the changes I've made to the deck building/card buy system- there were a few problems with the mechanics in the preview build which needed to be improved. I've been testing these changes since the new year and I've arrived at a system I'm really happy with.

The card buy screen can now be accessed at any time via a button in the top right.

-For starters, you now have complete control over when you spend your 'buys'. In the preview version, the card buy screen would pop up once you had 8 buys- whether you wanted it to or not! The original idea behind this was to keep the players on their toes by forcing decisions on them. However, it soon became clear this made the deck building less fun, and it could often interrupt your train of thought when you were planning out plays. Just letting the player spend their buy points at their own pace is a much better system! 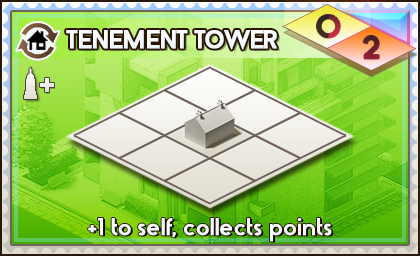 Buildings that can be played over and over in your deck now have the circling
arrow icon in the top left. 'One-shot' buildings don't feature this on the card.

As stated in a previous update, a lot of the cards (especially the more powerful ones) have been changed to 'one shot' cards that are removed from your deck after playing them once. This is a much better system as it stops your deck size from spiraling out of control- which was causing the addition of new cards to feel insignificant and even detrimental.

Another noteworthy change is that your new cards are placed in your pickup pile, not your discard pile- so you should get to play them relatively soon after you've purchased them- a few of you requested that in feedback.-

The default buy screen remains largely the same- a choice between 4 cards. However, I've introduced a system where you work towards more powerful cards rather than them just being 'rare'. 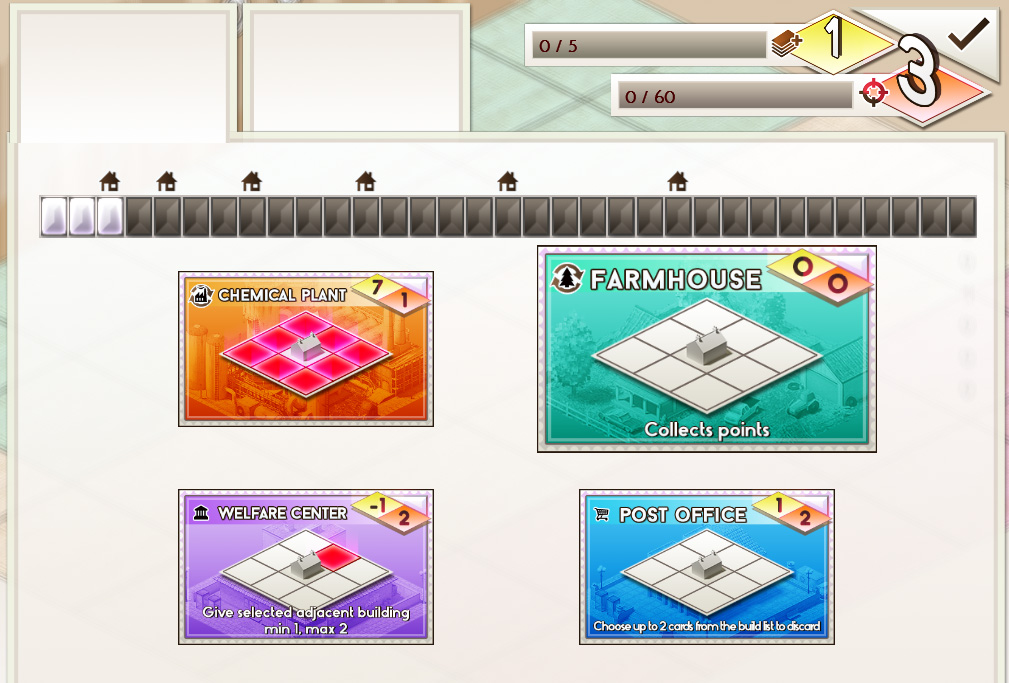 I still need to 'pretty up' the UI on the card shop screen.

You'll notice a new segmented bar at the top. This represents your transition from village to megacity. I haven't decided on what to call this in-game yet, but it's essentially technology progression. Every time you buy a new card from the 4 options in the card shop, this bar increases by 1.

This is what a full tech bar looks like.

The bar is split up into different colours which represents the different classes of building. In the preview build I used these colours to signify rarity- that's now been changed to a tech level. It's pretty simple- once you reach the green portion of the bar, green class cards start to appear as options in the card shop. Once you reach the blue portion of the bar, blue class buildings are unlocked. Then purple, and finally yellow (landmark) class buildings- which are the most powerful in the game.

There are also little house icons above the progress bar- once you reach these a house will be added to your deck (replacing the automatic house-add system in the preview build, which worked by checking the ratio of residential buildings in your deck).

Now for the playable characters! My original intention was for each character to have a few unique cards available to them. The problem with integrating them into the card buy system was the randomness- what if your character specific cards simply didn't appear? I didn't want the character-unique cards to be ruled by luck of the draw.

To solve this I created a new way to spend 'buys'. Each playable character has a skill tree completely unique to them. They are filled with unique buildings, cards or sometimes passive or instant effects that can also be added to your deck or triggered. These skills are also spit up into the colour coded tech levels and become available for purchasing accordingly. They can be purchased for a point instead of one of the random 4 cards, but crucially, the purchase of these do not add to the tech/progress bar itself. This means you'll have to strike a balance between the random cards in the card shop and investing in your perhaps more powerful character skills/unique buildings. 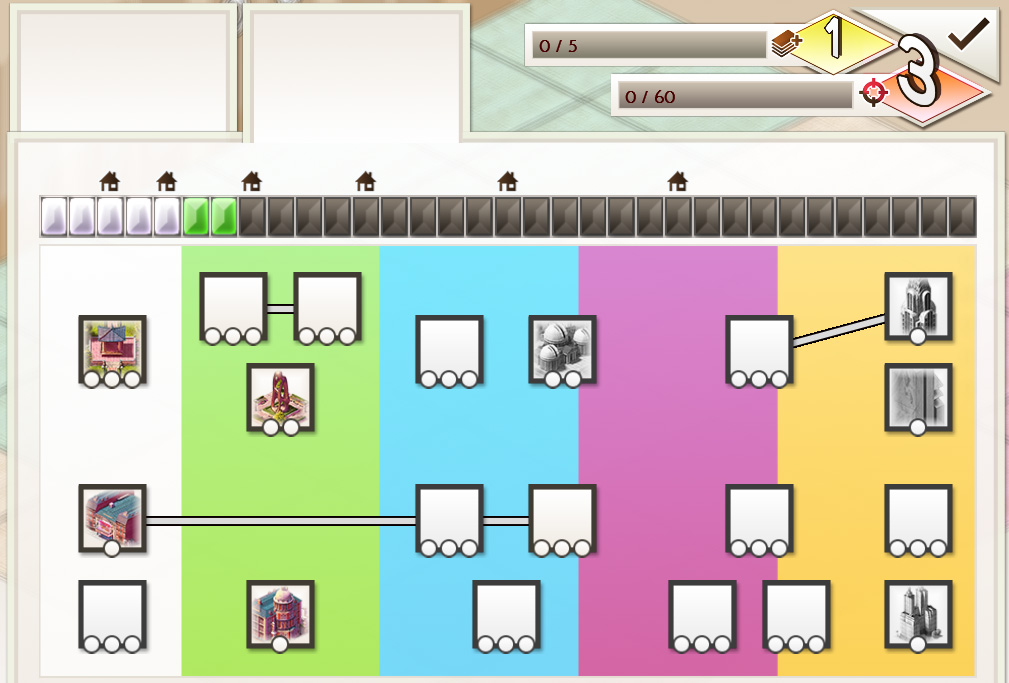 A work-in-progress skill tree. I have all the skills
planned out, but not all are functional yet.

The skill tree brings some much needed consistency to deck building tactics.
This revamp goes a long way to fixing the problem of there not being much to work towards in the game. I'm really pleased with how it's playing now. There is still a long way to go -creating the different skill trees in particular is going to be a lot of work even though I have skills planned out.

But this gives me a good segue into the characters themselves. I've recently commissioned the excellent Karl James Mountford to work on visually developing the characters for the game. Graphically, character art has never been one of my strengths- I can render and colour to a decent standard, but I've never been good at conveying a lot of personality through my line work. Karl really excels at this so it's really really exciting to have him on board! I can't wait to show you the game's 8 characters- I shall introduce you to them week-by-week starting soon...Lastly, here are this weeks new buildings! 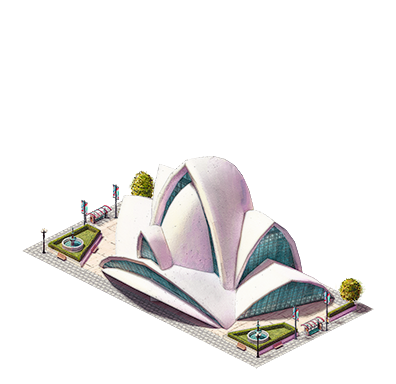 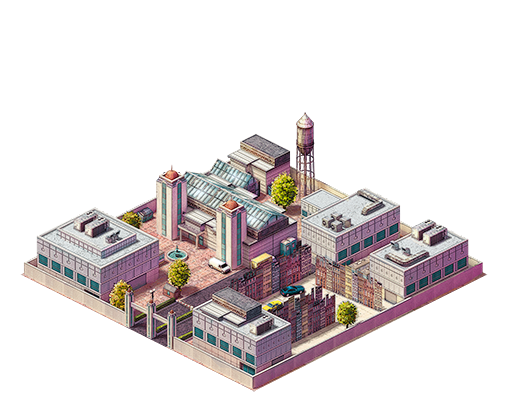 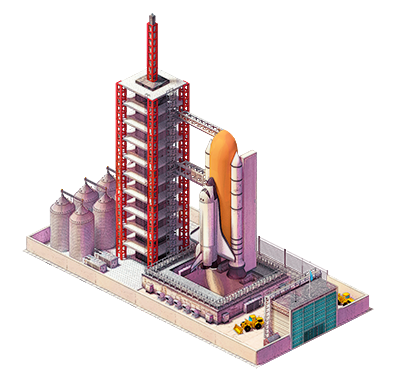 I realize the game doesn't even have an airport yet, but I couldn't resist putting
a launch pad in! I want to make the shuttle launch when the column clears!

Great news, It's very interesting to see the card system expending that way :)

look nice :D. wonder when it will release :)

My original target was May. It's hard to tell if I'll make that right now, I'll keep you updated!