This week it's all about farms and rural buildings- with the introduction of Giles the punk-loving, cider drinking farmer character!

This is Giles, he's the latest playable character in Concrete Jungle:

Giles is a farmer who enjoys punk music and home made cider! His play style is focused around building large rural blocks and farms. Unlike all the other characters, Giles can quite happily be competitive without leveling up his tech, instead making the most of the rural card buffing abilities. The general tactic with this character is to build your deck around the rural class cards (those farmland cards finally are useful!)

The other half is skill tree is based around Giles' anti-establishment sentiment. These skills are mostly geared towards play in versus mode, and feature various ways to screw over your opponent. Examples include a 'Dive bar' that gives -1 to a random opponent's house, a 'steal points' card and the infamous 'demolition' card.

Being the only British character in the game, he also has access to the skill 'British Weather' that causes all positive area effects to be nullified for the next 10 placements.

To counter all these negative-influence abilities, Giles also gets access to an 'invert score' card which can be used to immediately turn a negative score into a positive one or vice versa.

I hope you enjoy playing the game as Giles- he's very possibly my favourite character so far. 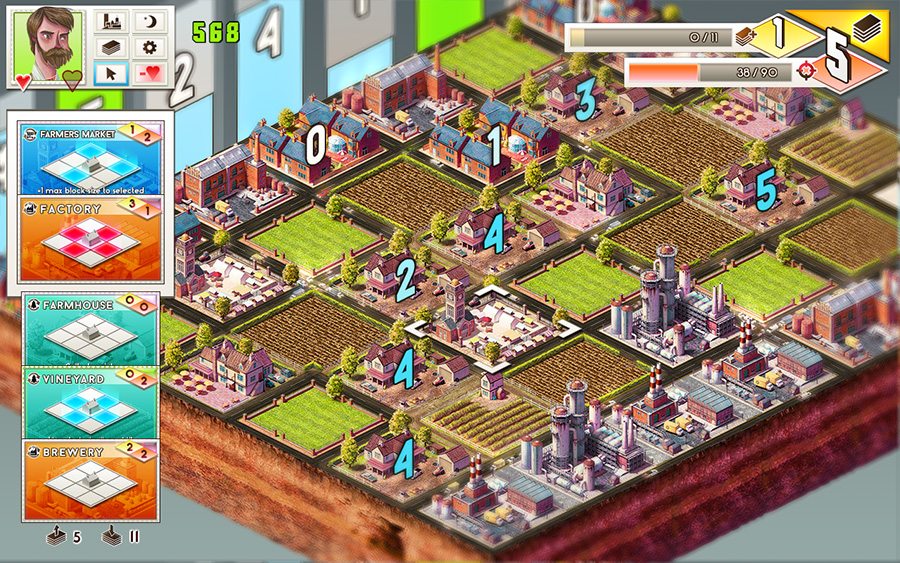 I'll leave you with the latest top picks from the building roster. 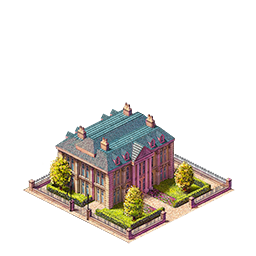 The mansion- this building has some other visual variants too. 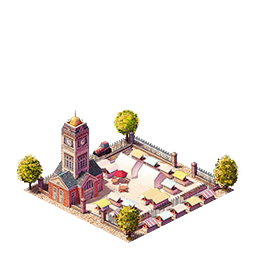 The Farmer's Market- exclusive to Giles, this building helps buff nearby rural blocks. 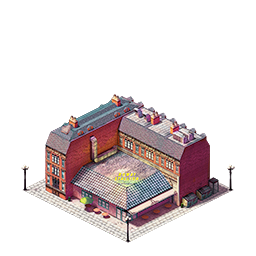 The Dive Bar mentioned above. 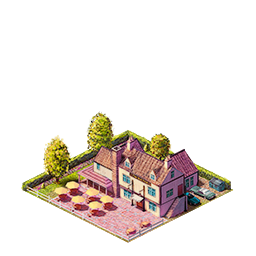 There can't be a character from the British countryside without having an authentic pub in the game! 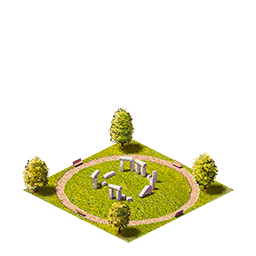 ... And of course some kind of Stone Henge knock-off!