This week it's about trains. What City game is complete without trains? I've spent all week implementing a new elevated train system for Concrete Jungle.

There's only one thing I've been working on this week- Trains. Trains trains trains. I intended for this to only take a few days maximum, however, some problems arose in it's implementation and it's taken me all week. I think it was worth it though, I'm happy with the results. 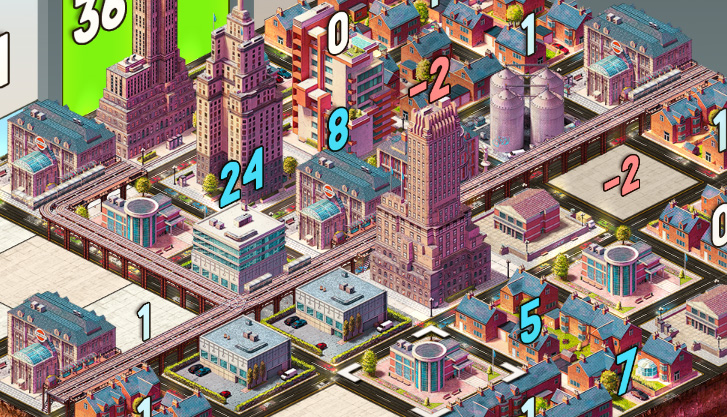 The trains in Concrete Jungle take the form of elevated trains like those found in Chicago or New York.

If any of you are fans of MegaCity, you'll remember the 'train station' as being a bit dull- it was just a regular building where the trains went into a tunnel. I wanted to actually make something resembling a proper train system for Concrete Jungle, but there were obstacles to overcome.

First off, the way the game is built means the buildings auto-generate the appropriate road systems around them- there's not really any space for train lines in addition to that. Real cities have similar problems too! The solution was to have the trains be elevated above the road system, so they effectively take up the same space.

One method I thought of was just to have the train lines span an entire column, and effectively just go offscreen. It would of been quite an easy way to handle things- but where's the fun in that?! So I opted for a full route-based train system that auto generates lines between train stations.

Unlike roads, the elevated train line can intersect city blocks if it's not a block of houses. This is because, as you may of noticed, houses can form terraces (I put extra work into making the house graphic variants as it's the most commonly used building). There are actually 16 different graphics for the 'house' structure. When the train lines intersected the house terraces, it looked weird and wrong, so I've made train lines go around these. With all the other buildings, there is enough space between them for the L train to intersect. 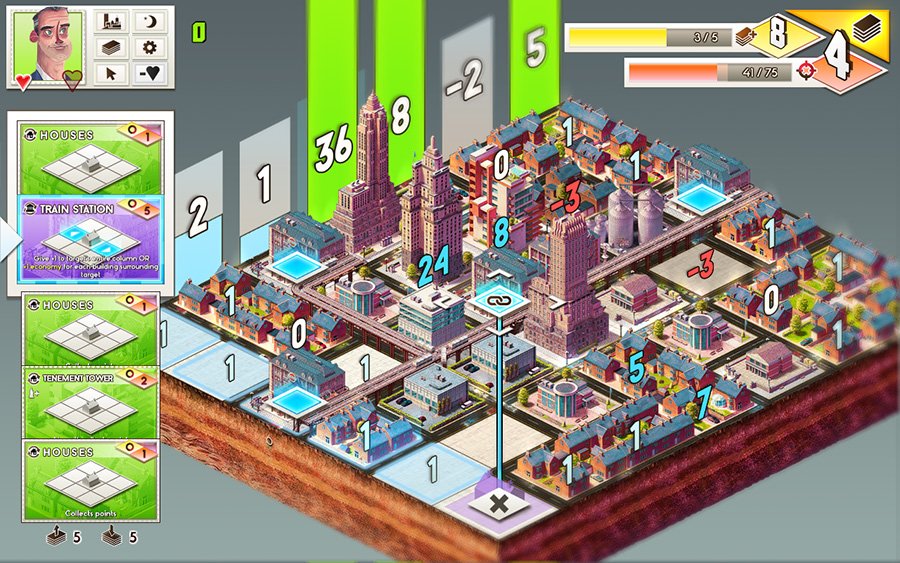 In terms of game mechanics, the train station is a fairly advanced card, that once acquired is cycled through in your deck. Every time you place a station, you can link it to another station and a railway route will be drawn linking them. Linking a station to another gives a positive area effect for the whole column at both the destination and origin- so it can be a powerful way of buffing entire columns. Either that or you also have the option to instead choose an economy boost which gives +1 economy for every building placed around the destination's train station. As with all the cards right now, these effects are subject to change when I start to focus on balancing.

It's taken longer than I wanted it to take, and they still need polish, but trains were the last big game system-y thing on the list. In the next few weeks I'm going to be working more on the playable characters and of course the rest of the buildings (including the 3x backer buildings!)

Hehe, well it's certainly coming along nicely! I still have more buildings and content to add but the rest will be variations on systems I already have in place (ie no special requirements like railway lines), so in theory they should be quicker to make. I think it's still on track for a summer release if all goes smoothly!