It's been a while since my last post. I've been quite busy. more than creating directly, I've been studying and trying to come up with interesting ideas for the game.

Posted by brunobarbosamiranda on Nov 18th, 2016

As I said before, I've been very involved in studying lately. As a result of that, I believe to be improving the formula for Evergreen... Ever since day 0, I wanted this project to be inspired by 3 very different games.

One of the areas I've been focusing is which properties of the world would be fun for the player to manipulate and/or interact with. The result was a new weapon that produces lazer walls from which other projectiles can bounce off:

To simplify gameplay, I've decided to make objects the player can shoot to have different properties, such as to become explosive or to swap places with the player :

1- Castlevania / Metroidvanias - Open map, exploration, collecting items and so on.

2- Portal - To me, the supreme fps puzzler to ever exist. Simplicity and elegance rule in portal.

Delving deeper into that, I decided to include many types of surreal art (Salvador dalí style). The first one of these ideas is a puzzle I like to call "Observation room" :

I've been working on other ideas such as these (mostly visual) scenes :

(I've been getting some visual artifacts in unity though)

One other focus of my thought process has been to create a type of boss that works in an fps puzzler type of game. Recently, I've done a 3D model of a monster : 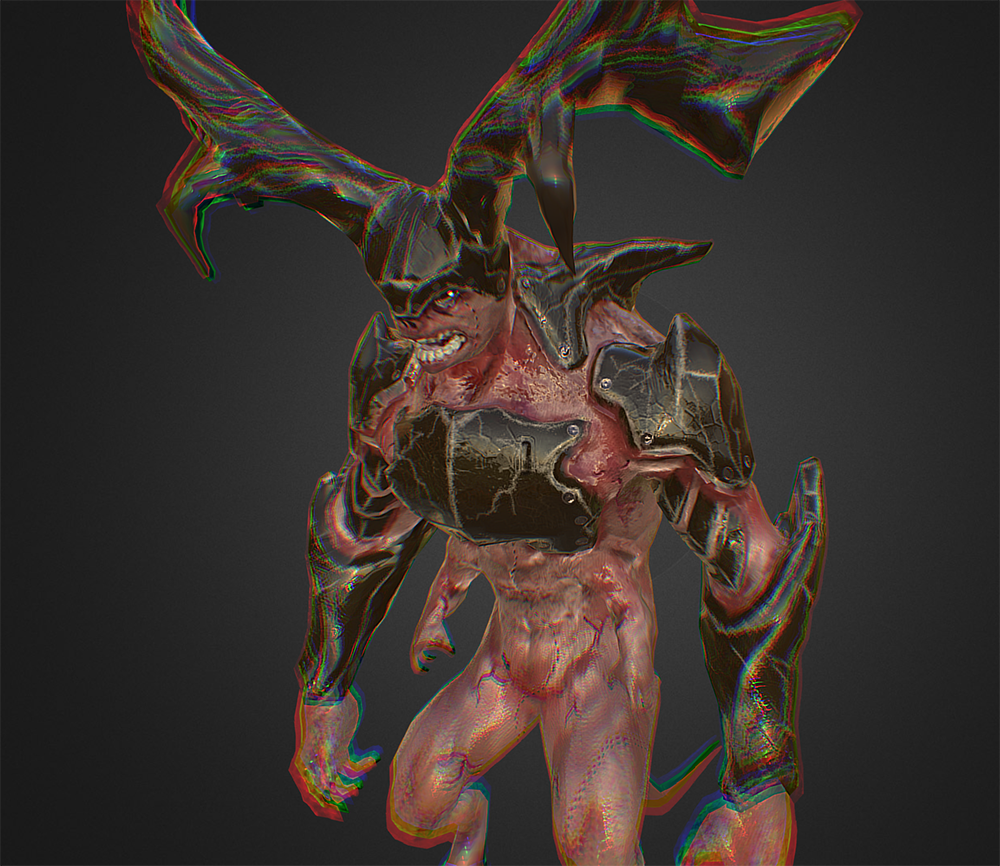 which I've been thinking quite much on how to make into a puzzle. Particularly, an engaging one... I've noticed that FPS games in general are very poor in terms of boss fights - which makes reference material to be particularly scarce.