For today's update we would like to talk about our approach to mission design and strategic complexity.

Our approach to mission design draws upon inspiration from great titles such as X-Wing and Tie Fighter. We wanted to learn from various classic sources about what makes for great mission design. We took advantage of some of the options that the Freespace 2 engine provides while trying to stay as true as possible to the feeling of Wing Commander. We wanted gamers to experience a large variety of missions: small skirmishes, patrols & escort missions and, of course, sizeable fleet battles. We took a new (at least to us) approach to the mission design, working on individual nav points, and then testing and reworking them until they were fun. We, as designers, wanted to ensure that the entire experience was going to be great. After all, a game can look great and have wonderful dialogue, but if the mission flow is clunky, it tends to kill the experience. 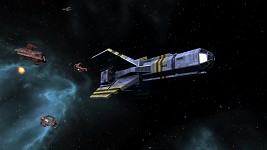 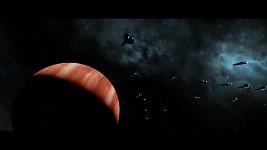 One thing that really took off were the battles between large ships. Massive fleet battles are quite a sight to behold and are one of the features that we are very excited about. The Freespace 2 engine holds up really well even in these modern times and allows us to do massive fleet battles at a scale unprecedented by official Wing Commander games or fan projects. Putting together some good fleet action was not particularly difficult - tweaking AI's actions and adjusting balancing was by far the biggest challenge. 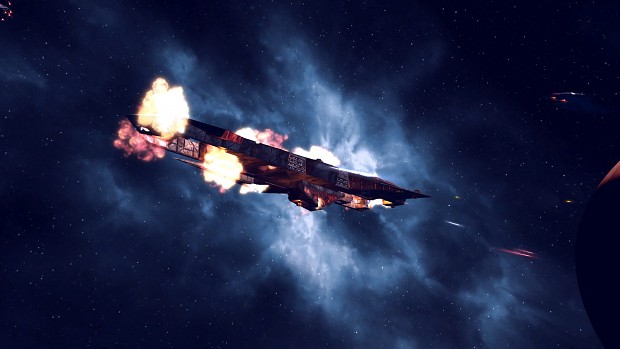 For example, after releasing first batch of beta builds, we were inundated with feedback that friendly wingmen were too effective. One of the great strengths of indy development is our ability to react to feedback - we spent quite some time working on this issue, making sure we really solved the problem.